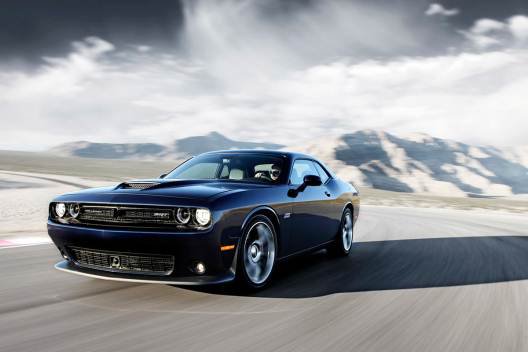 Chrysler have thrown down the gauntlet in the old muscle car rivalry with the new model of their Dodge Challenger, claiming that the 2015 SRT Hellcat is the most powerful muscle car ever put into production. The Hellcat boasts an outrageous 707 bhp and an impressive 650lb of torque.

The Hellcat was to be a milestone car right from the start, as Chrysler took their 6.4 V8 widely used in the range of cars, but with the introduction of the SRT 'go faster wing', the beefed up internal mechanisms and the supercharger created Chryslers most powerful production engine. Chrysler have even given the Hellcat two fobs a red fob, which will allow access to each and every bit of power that the new engine can produce, and a black fob, which restrains the engine so it can only produce 500 bhp. To compensate for this however the cooling system has had to be drastically improved even to the point of replacing one of the headlights with a cool air intake system.

The Hell cat is due to be released later this year, but in plenty of time for 2015 and due to its impressive engine the Hellcat sets the bar extremely high for the next generation of muscle cars with the old rivals. Chevrolet and Ford have to 'up their game' with the new Corvette and Mustang.