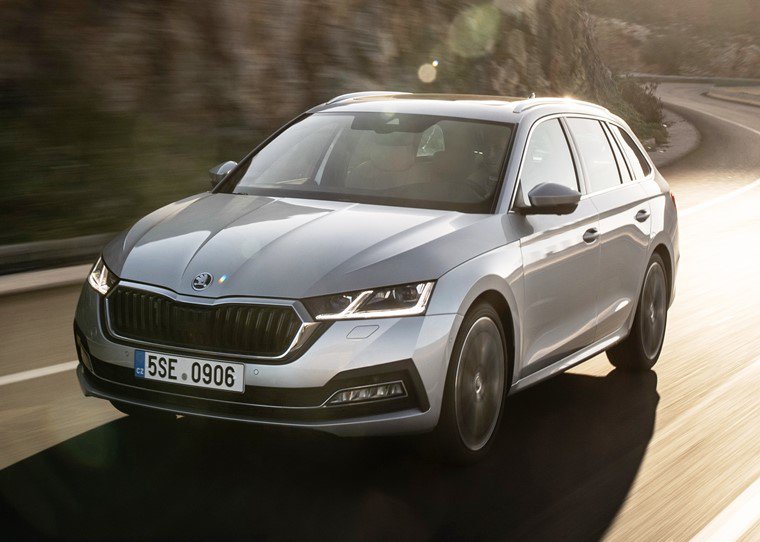 Now in its fourth generation since the modern-day Skoda Octavia launched in 1996, the 2020 Octavia will get a range of hybrid options, more space, extra tech and a more upmarket interior.

On sale now, the tweaked styling of the 2020 Skoda Octavia accompanies a range of new conventional and hybrid engines and a thoroughly redesigned interior, plus a slightly bigger boot on both hatchback and estate models.

This is the fourth Skoda Octavia produced while under the stewardship of the VW Group, although the name was first used 60 years ago. It’s an important car for the brand as half of Skoda’s profits come from its family-sized model. 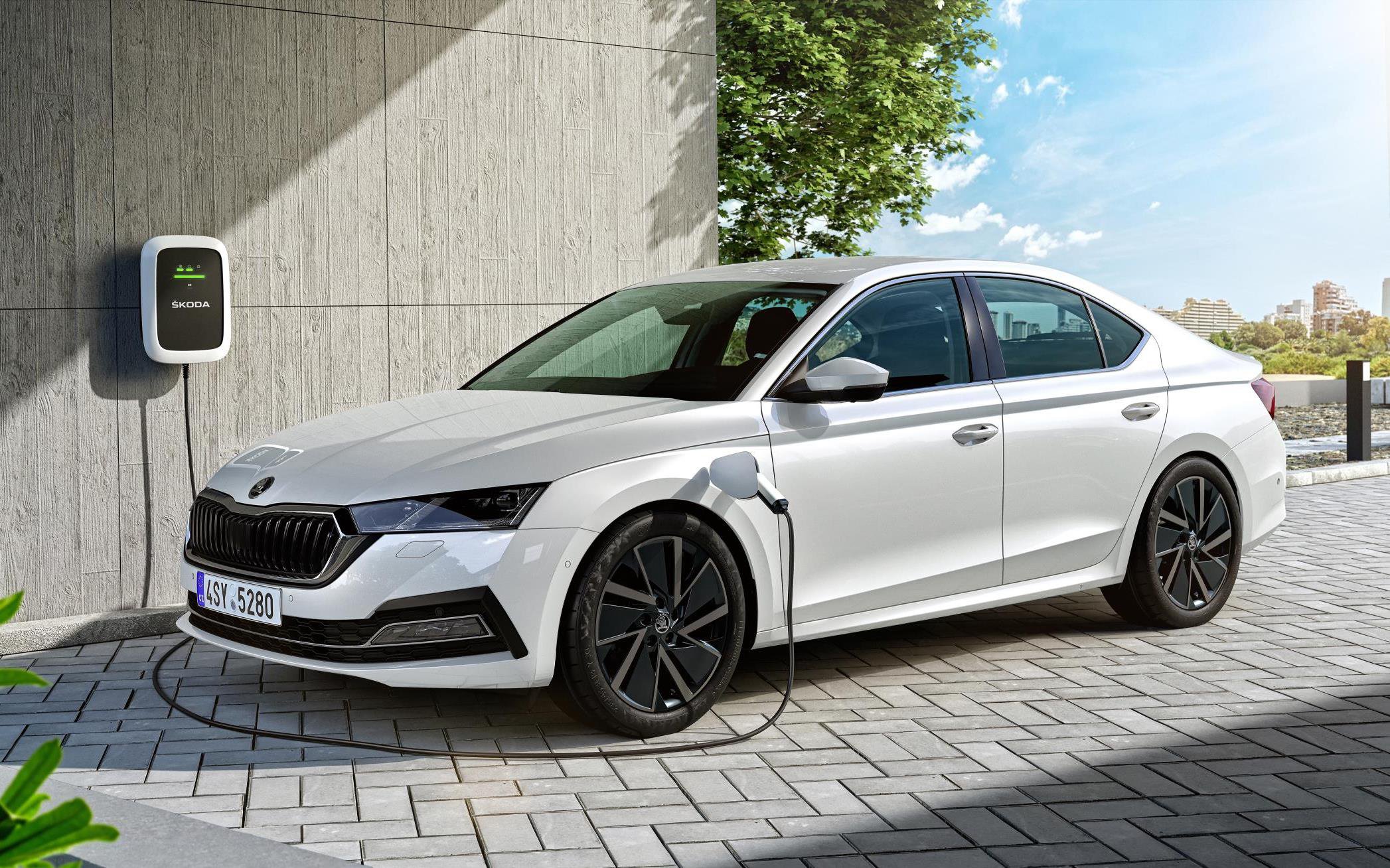 The Octavia gets new styling, many nuances of which were first seen on the bigger and more expensive Skoda Superb. At the front, the two-piece headlights have been replaced with slim, angled clusters incorporating LED headlights and daytime running lights, sitting either side of a reshaped grille with spindly new inserts. The lower air intake stretches the width of the car and the front fog lights are joined by a chrome bar. Like the larger Superb, there are strong lines on the bodywork, wheel arches and on the bonnet. 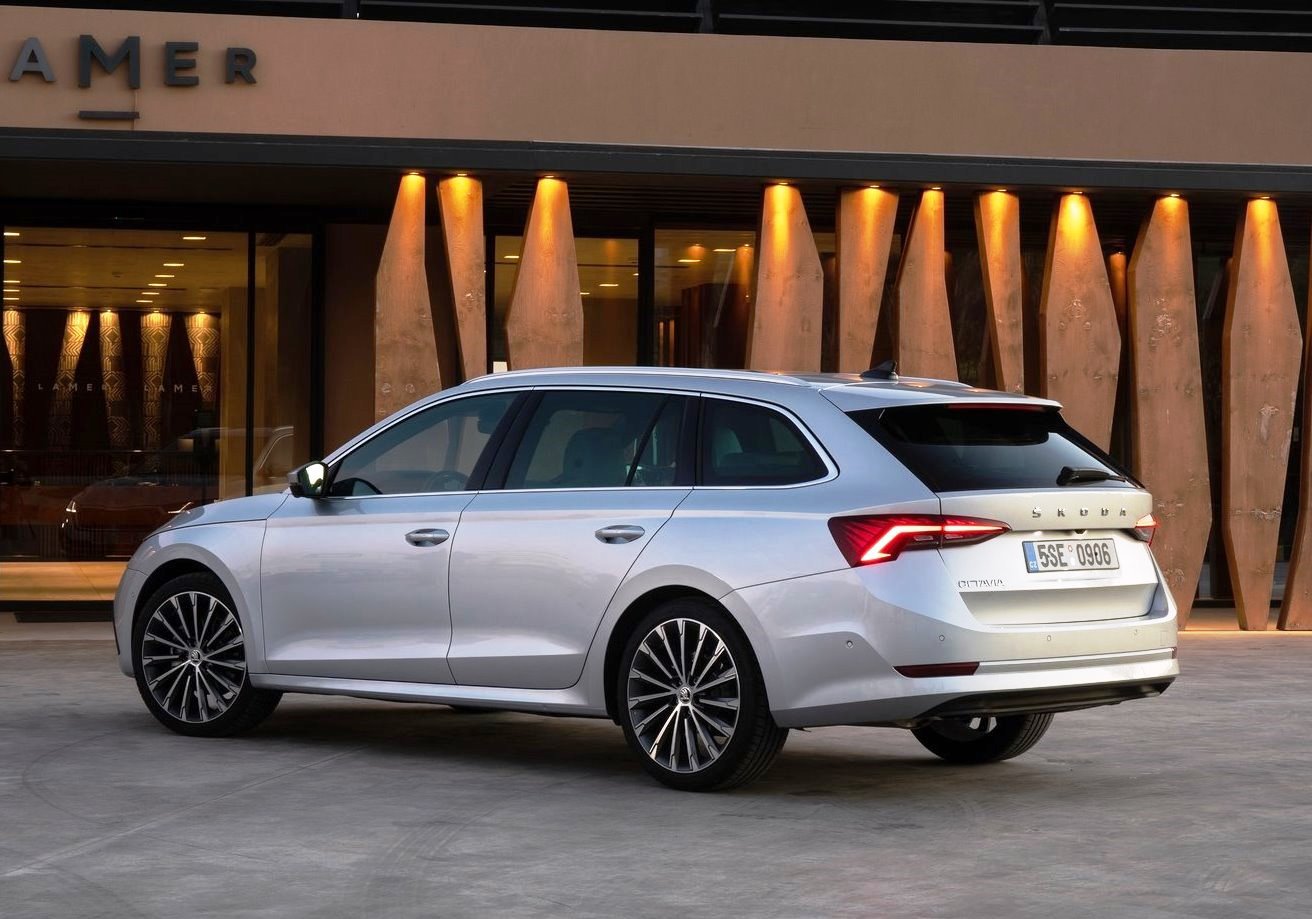 On both the hatchback and estate models, the window line and shape of the rear have been altered. Reshaped tail-light clusters are fitted, with LED elements as standard and, just like on the Skoda Scala, the tailgate-mounted Skoda badge has been replaced with spaced chrome lettering.

The 2020 Skoda Octavia trim levels have been simplified and reduced to three: SE Drive, SE L and the sportier vRS. These are likely to be joined later by a rugged Scout model and, of course, Skoda’s luxurious Laurin & Klement (L&K) trademark specification models. 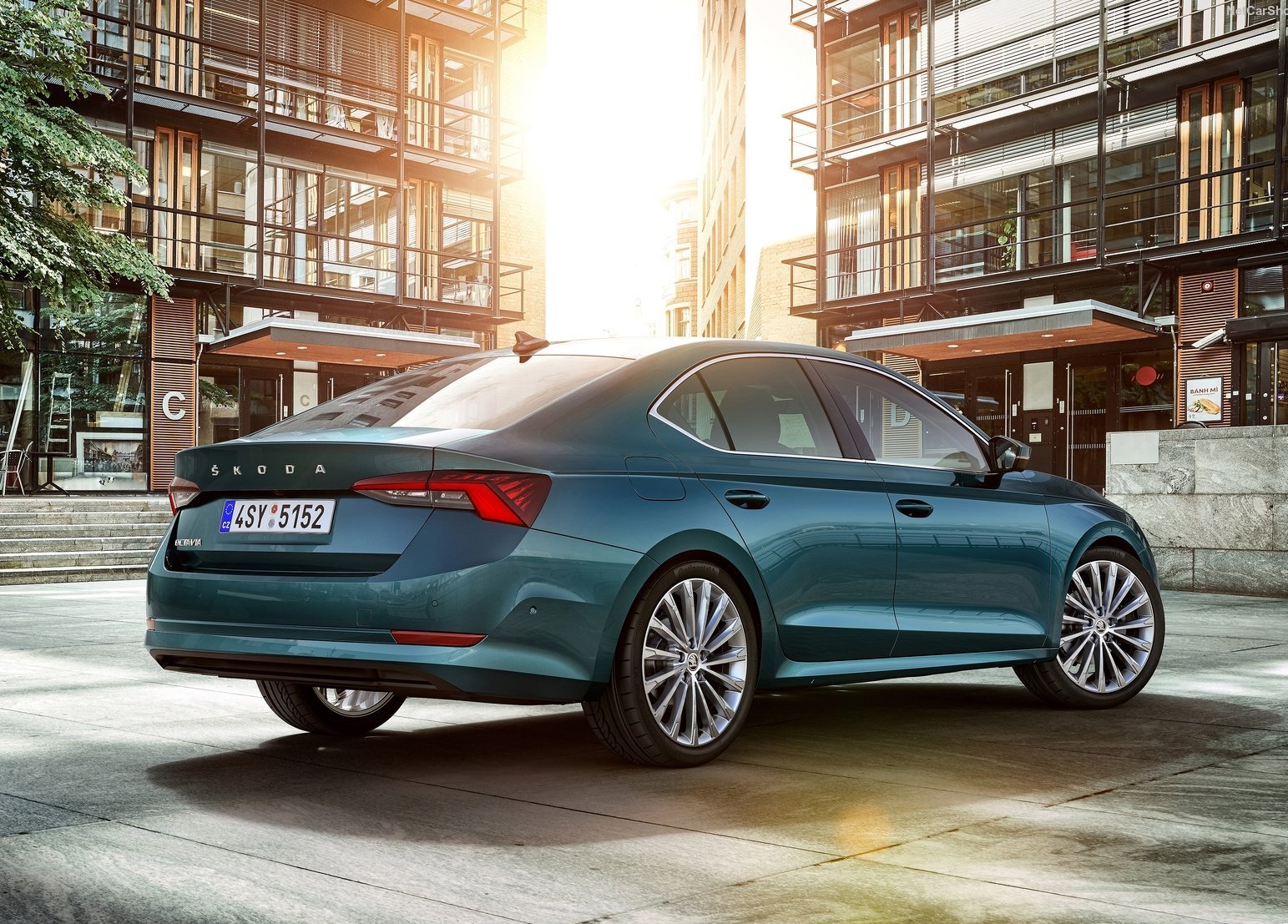 The interior has been completely overhauled. In front of the driver, there’s a new two-spoke steering wheel with a range of buttons and features, while a large new storage cubby sits ahead of the gear lever. Above that, the dashboard is unrecognisable from the current car.

There are several new touchscreen options, which sit proud of the dashboard as if they’re simply perched in place. Range-entry Octavias get an 8.25-inch touchscreen with Apple CarPlay and Android Auto connectivity, while a 10-inch touchscreen gets different levels of functionality depending on the chosen trim level – including a touch-sensitive volume slider for the top model. Beneath the screen is a row of rocker switches, which control most of the ventilation functions. 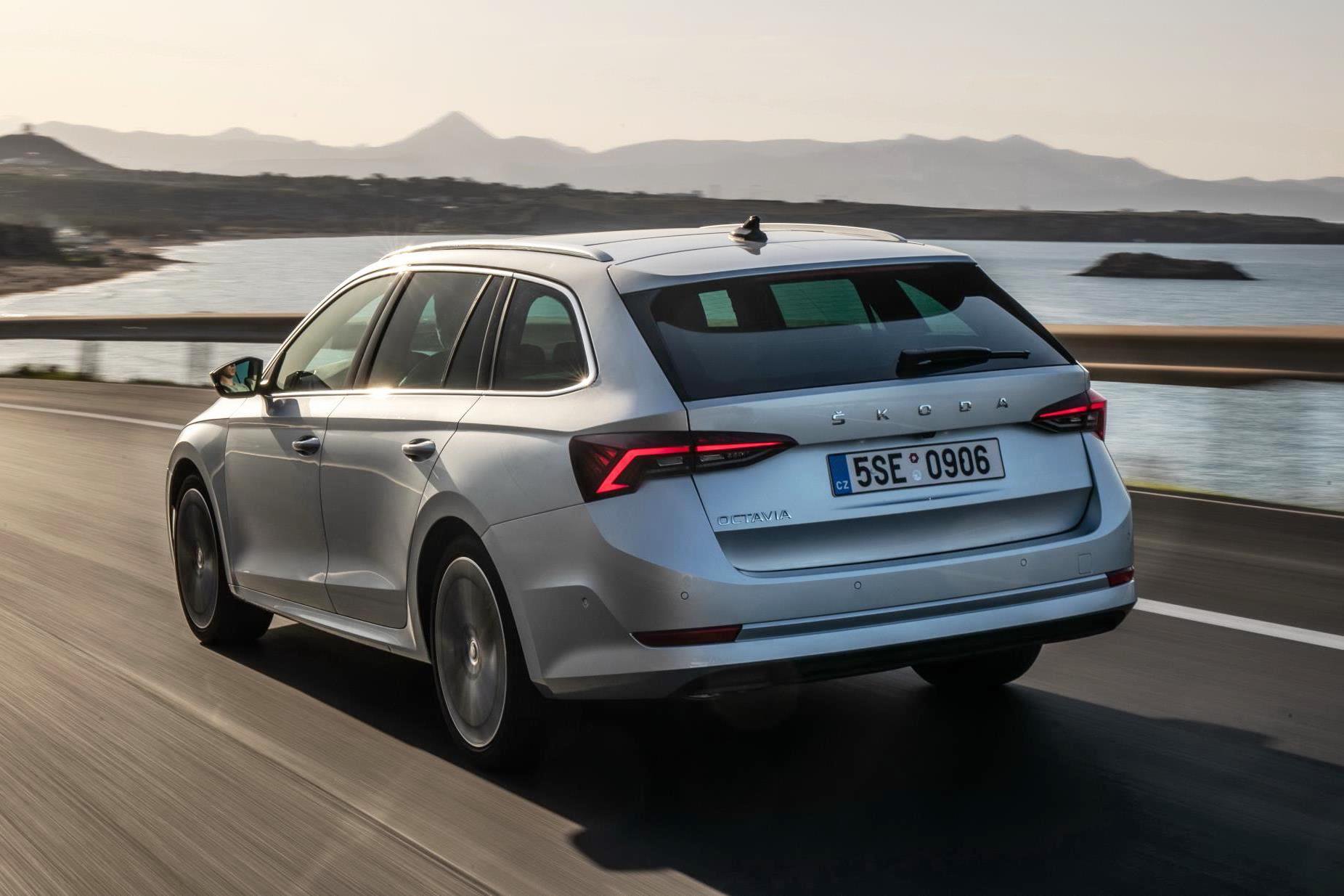 The cabin feels more upmarket than before thanks to plenty of soft-touch materials, chrome touches and configurable LED ambient lighting. There’s also a rocker-switch-style gear selector similar to the one seen in the new, eighth-generation VW Golf. The options list includes luxurious extras such as massaging seats, three-zone climate control, Matrix LED headlights and a head-up display. A configurable digital instrument cluster is offered on top models.

Besides the new touchscreens and switches, Skoda has fitted its bestselling model with extra safety technology. Collision avoidance assistance, emergency steering assist and predictive cruise control are all offered, while the car’s traffic sign recognition, traffic jam assistance and lane-keeping functionality have all been improved. 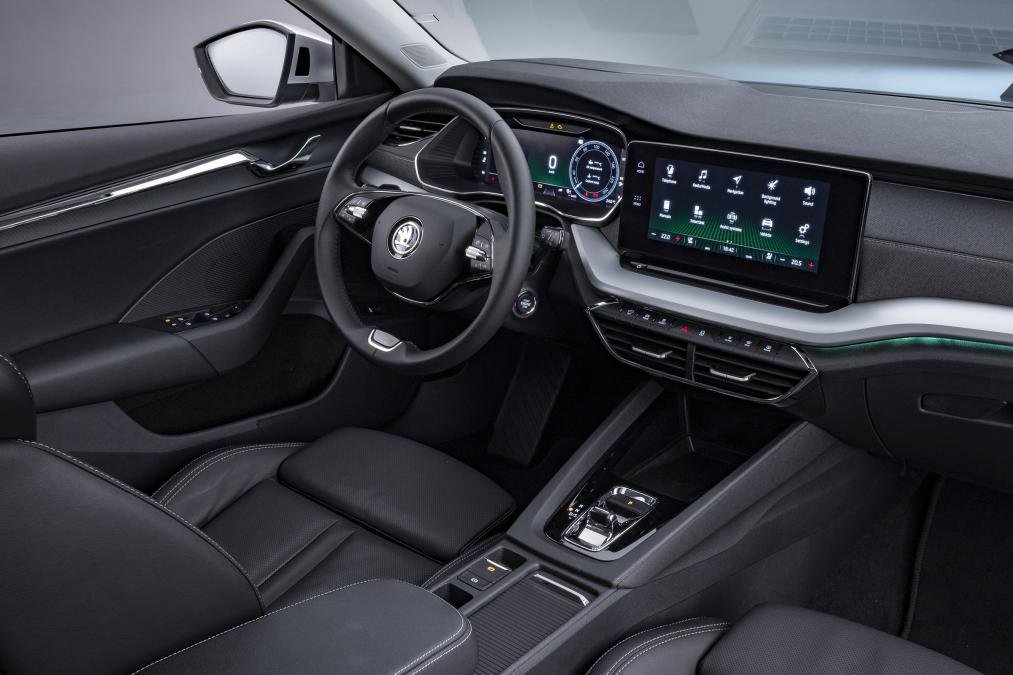 The outgoing Octavia hatchback had generous boot space but Skoda has slightly increased these figures even more. With second rows in place, the hatch now offers 600 litres (which is more than many estates), while the Octavia Estate has 640 litres to fill.

Just like previous models and new cars like the Skoda Kamiq, there are a number of ‘Simply Clever’ features. These include an ice scraper in the fuel filler cap, a parking ticket holder, a stowed umbrella in the driver’s door (a la Rolls Royce) and a rubberised funnel built into the screen wash reservoir. You can opt for a Sleep Pack, which includes more comfortable rear headrests, sun blinds and even some blankets that can be packed away when not in use. 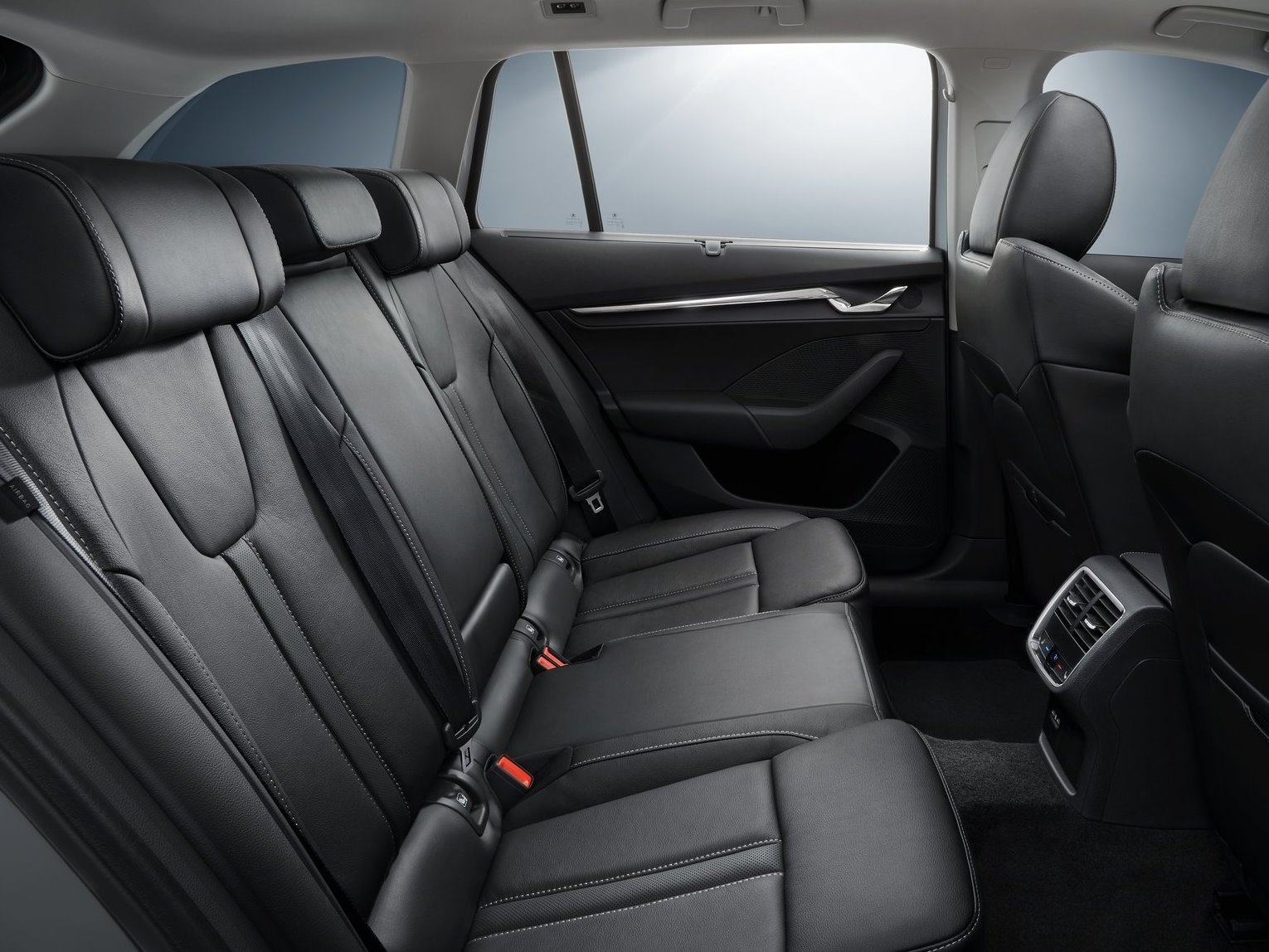 The Skoda Octavia is available with three petrol and three diesel engines, plus mild-hybrid and plug-in hybrid options.

The petrol range kicks off with a 108hp 1.0-litre engine, which’ll be reserved for range-entry models. This engine and the 148hp 1.5-litre both come with a six-speed manual gearbox as standard, while a 2.0-litre engine with 187hp has all-wheel-drive and a seven-speed automatic gearbox. As for the diesels, they’re all 2.0-litre engines with 114, 148 or 197hp, with all-wheel-drive optional and standard for the latter two engines respectively. 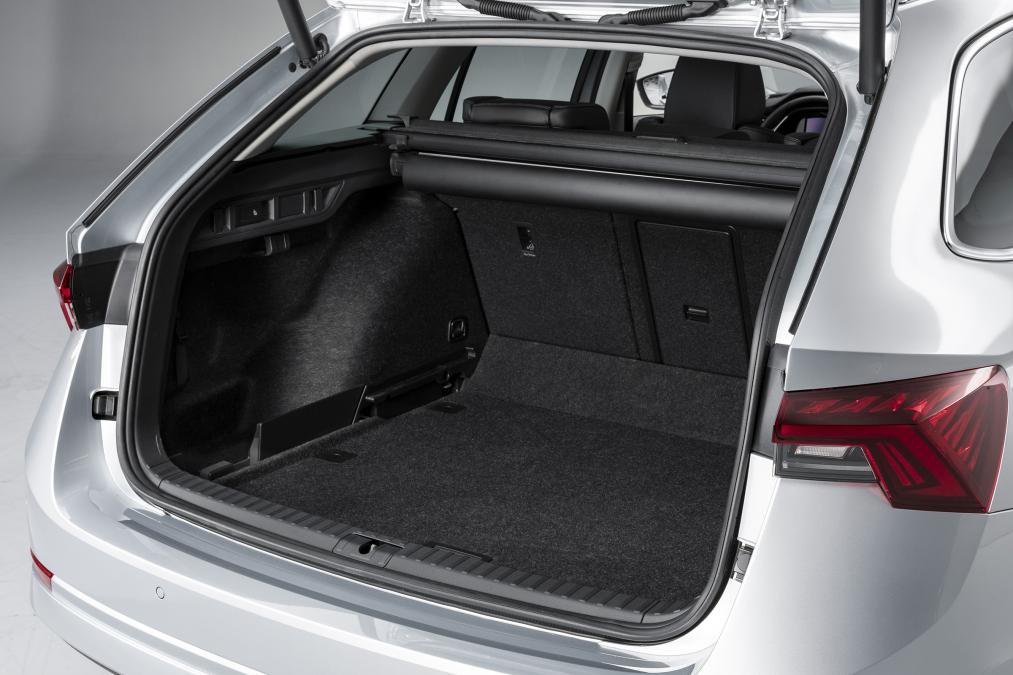 Choose a petrol engine with an automatic gearbox and it’ll come with mild-hybrid technology to reduce fuel consumption. A 48-volt belt-driven starter motor and battery can store energy captured from braking, allowing the car to coast without the engine running (even at motorway speeds).

A plug-in hybrid (PHEV) version, called the Skoda Octavia iV, will also be available, which will combine a 1.4-litre petrol engine, a 13kWh battery and an electric motor, with a total output of 201hp. Up to 34 miles of electric-only range is available, as is wallbox charging.