Skoda has released full details of its forthcoming Kamiq compact SUV. Here’s all you need to know…

Riding on the Volkswagen Group’s MQB-A0 platform, the new Skoda Kamiq is the smallest SUV in its range of three, joining the mid-sized Karoq and larger Kodiaq. The Kamiq is trying to tempt you from many other compact SUVs such as the Volkswagen T-Cross, SEAT Arona, Peugeot 2008, Vauxhall Mokka X and Citroen C3 Aircross. 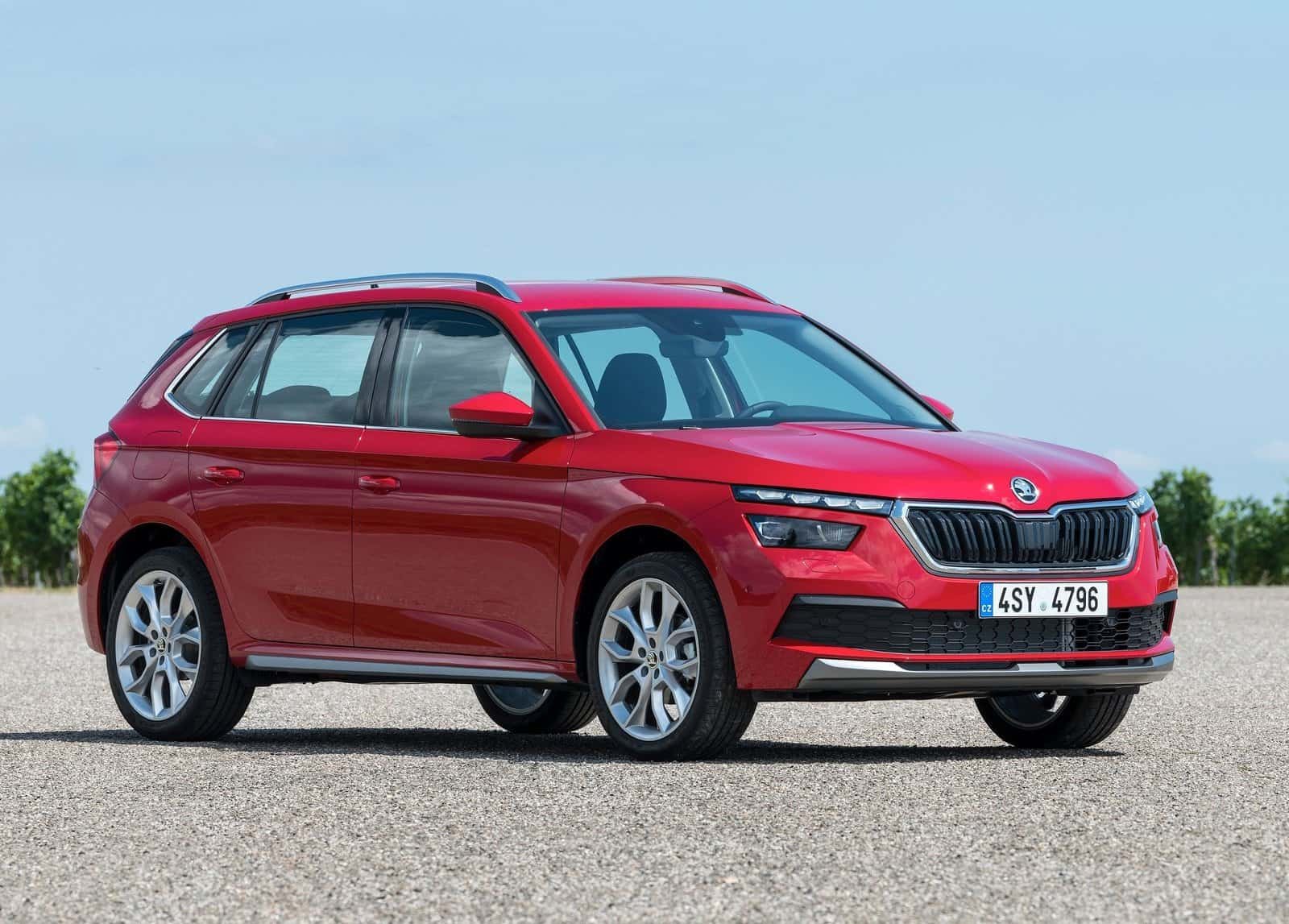 The Kamiq is a sharp evolution of the current Skoda design language and new themes for the Kamiq include optional slimline LED running lights and a prominent grille. On the boot lid you’ll find the Skoda name spelled out prominently – like the new Scala and updated Kodiaq.

A headline feature of the new Kamiq is Skoda’s new free-standing nine-inch touchscreen infotainment system. You’ll have the chance to spec up the excitement and luxury inside. Features such as ambient lighting, a heated steering wheel and heated front and rear seats will be available as options.

The Kamiq seats five people and gets a 400-litre boot – the same as its sister car, the SEAT Arona. Its rear seats don’t slide and recline, but can be folded to open up the boot space further. In fact, you can also add a folding front passenger seats to help loads very long items. 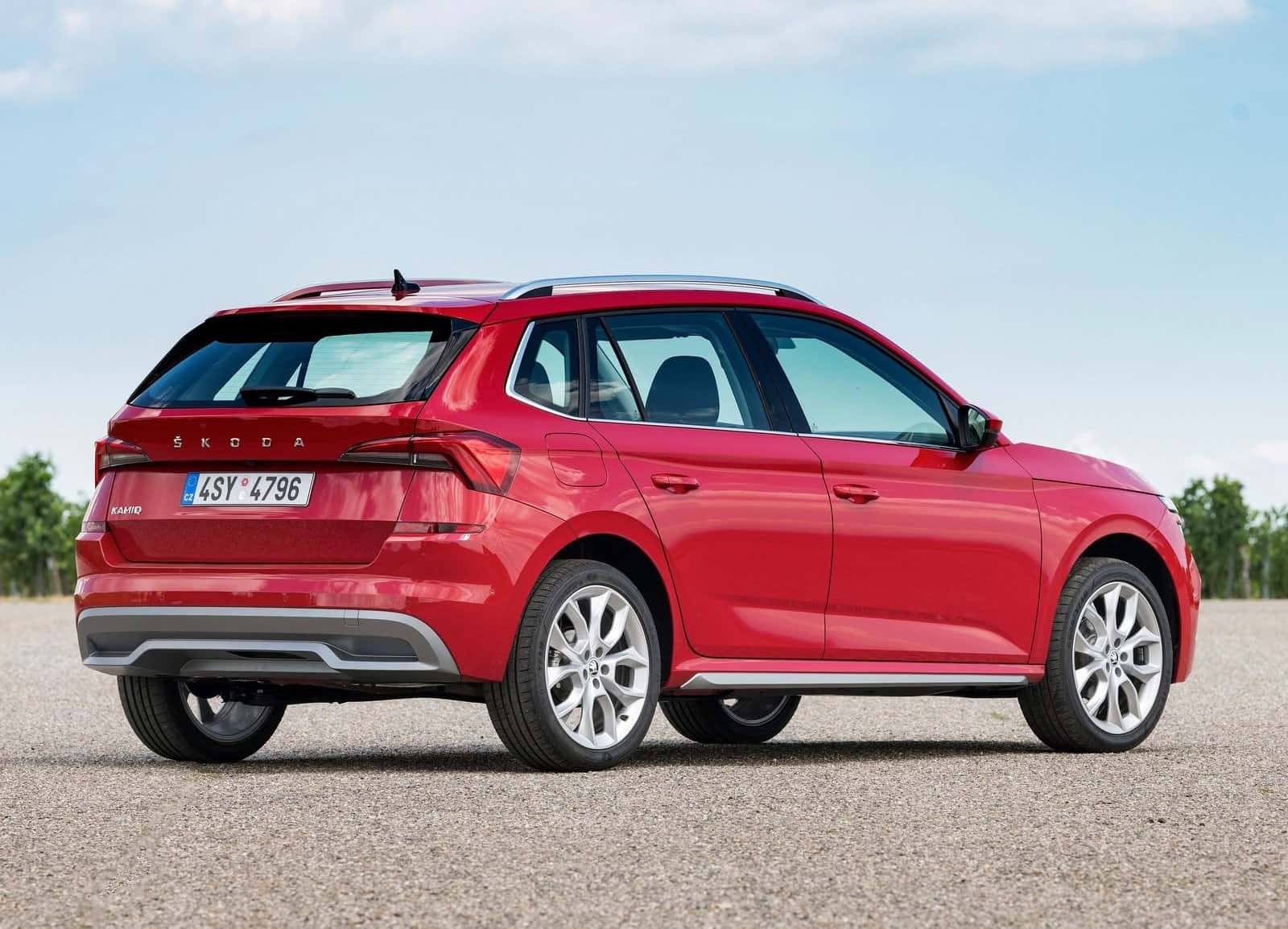 The Kamiq also comes with a range of the latest connected features, such as internet news and weather feeds, as well as the ability to connect with an app on your phone to give you information such as fuel level, whether the windows are closed and even allow you to lock and unlock the car remotely.

It is available with an expansive range of three and four-cylinder petrol and diesel engines, all with front-wheel drive. 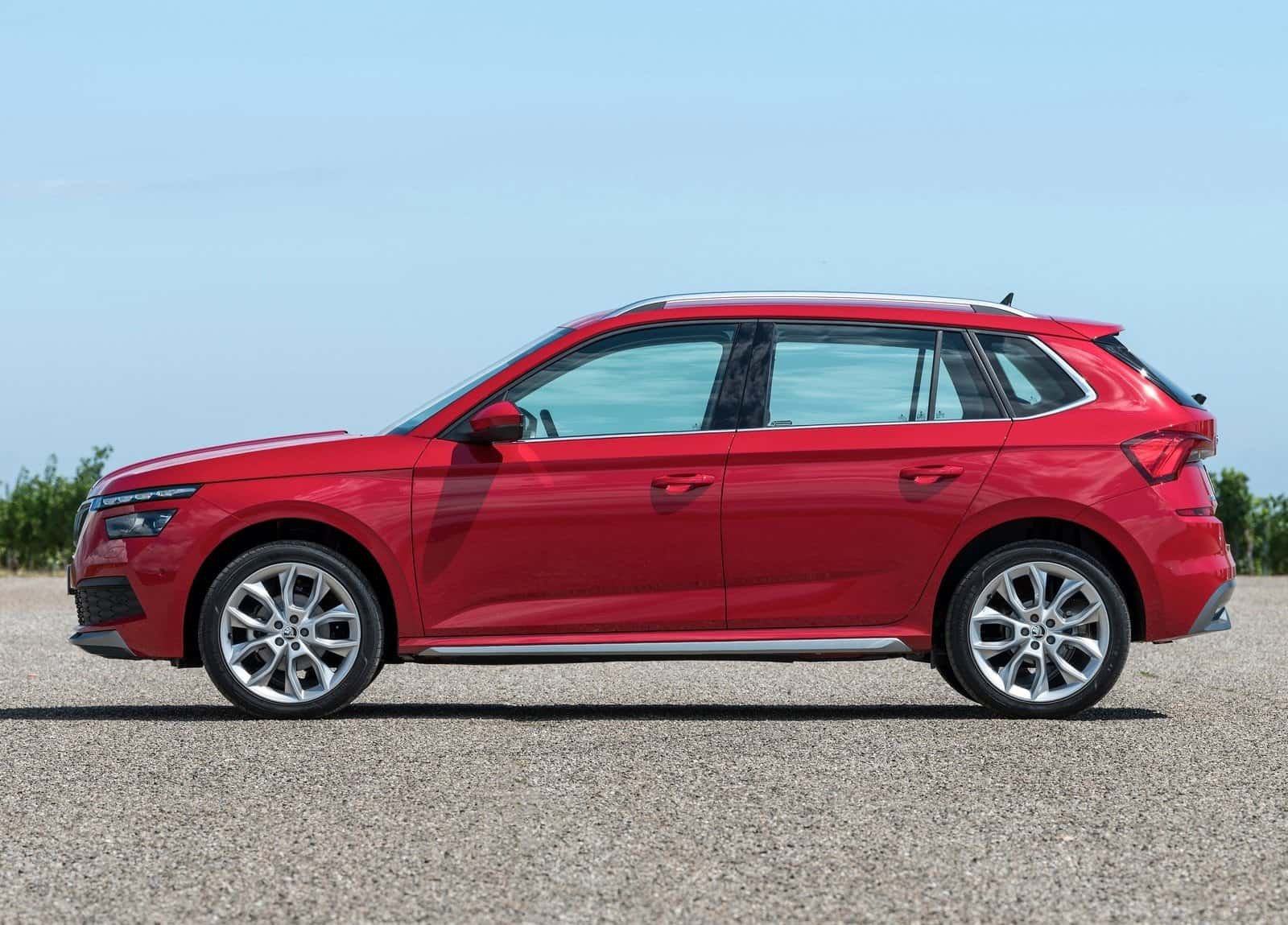 There are four engine options for the Skoda Kamiq. They start with a 1.0-litre, three-cylinder petrol with 95hp and a five-speed manual gearbox as standard. That’s followed by the same basic 1.0 engine but with a punchier 115hp and the addition of a sixth gear for more relaxed motorway driving.

The range-topping petrol will be a four-cylinder 1.5-litre with 150hp. It can switch off two of its cylinders to save fuel at a cruise and is available with an optional seven-speed automatic gearbox as well as its standard six-speed manual. 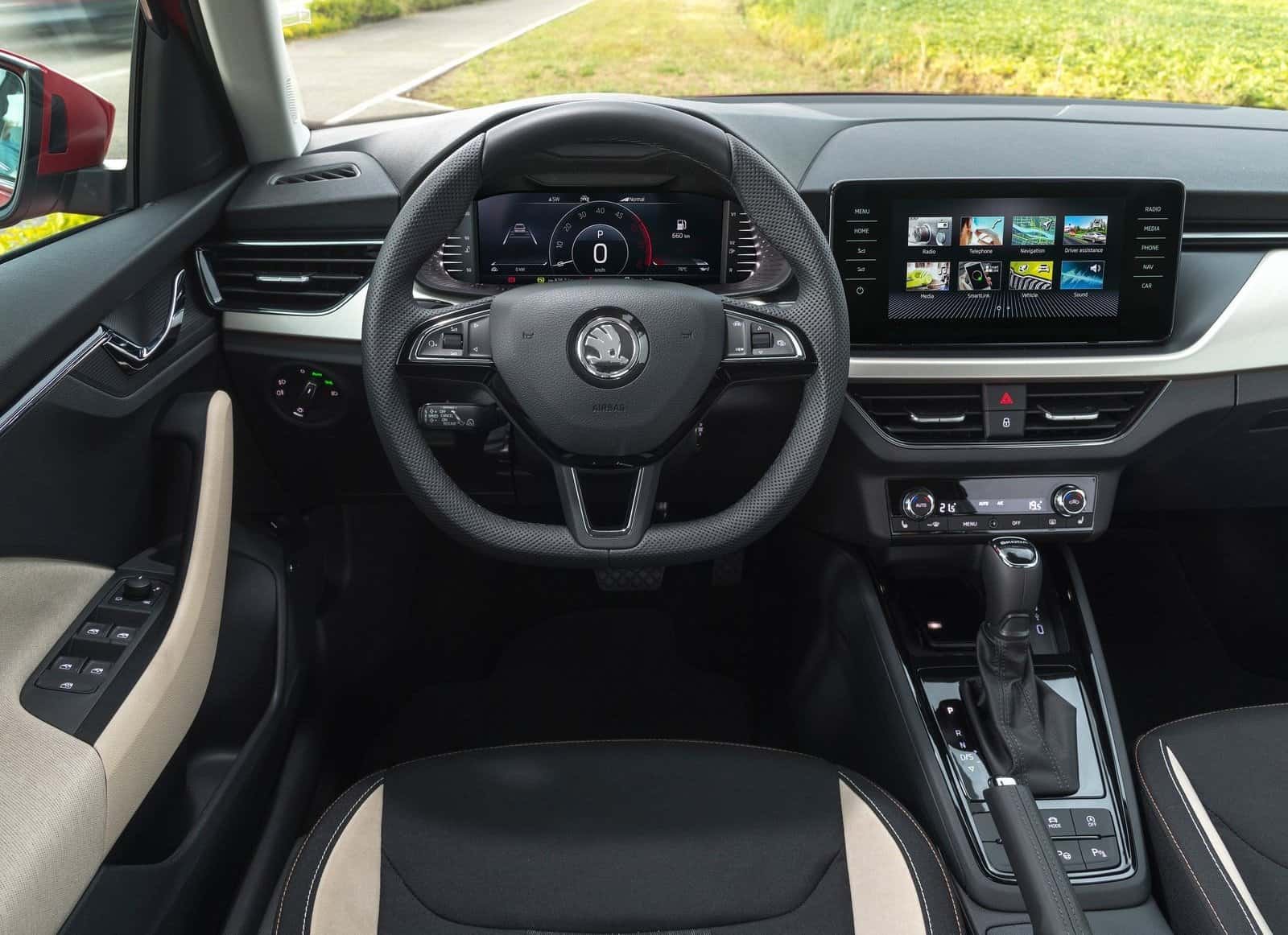 Lastly there’s a 1.6-litre, four-cylinder diesel engine that produces 115hp and comes with the same standard six-speed manual or optional seven-speed auto gearboxes as the 1.5 petrol. No performance figures have been released, but expect that the 1.5 petrol will be the quickest in a sprint, while the 1.6 diesel should be the most fuel efficient of bunch.

To register your interest in a great leasing deal on the all-new Skoda Kamiq, please call our friendly and helpful sales team on 0161 826 9716.