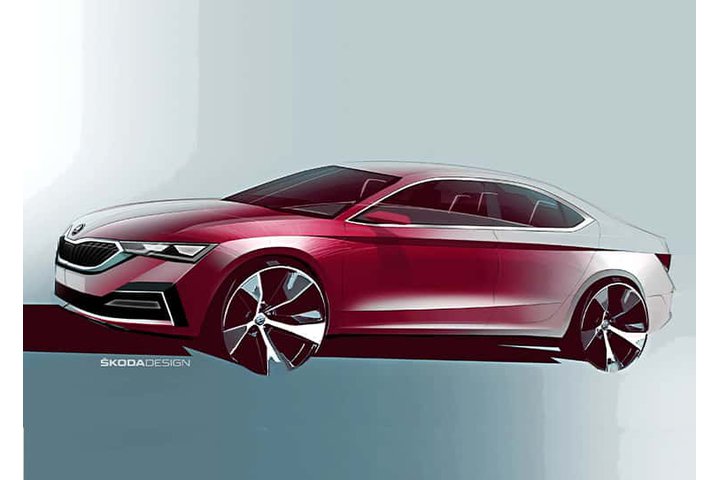 Sketches of the forthcoming 2020 Skoda Octavia have been released ahead of its full reveal on 11th November.

Detailing what Skoda calls a ‘more emotive design’, these initial sketches of the fourth generation Octavia also show us that the new model will likely be much like the current model, but offering larger dimensions and more interior space.

The pictures show off the new Octavia’s ‘coupe-like’ roofline and what look to be larger alloy wheels, suggesting the new model will have a sportier gate than the car it will replace. Upfront, there are also thinner LED headlights and a new thick-rimmed grille. A sharp crease that starts above the front wheels runs along the body to the back of the car, where you’ll find LED taillights that have ‘crystalline elements’.

The Skoda Octavia was originally launched 60 years ago and is the company’s bestseller with more than 6.5 million cars sold to date. Along with the new looks you can expect the car to be more comfortable to drive and less expensive to run than the current iteration – with a plug-in hybrid version earmarked to join the range soon after launch.

Inside, you can expect the Octavia to have a heavily infotainment-influenced cabin with screens and touch sensors replacing conventional buttons – just like we have seen in the imminent MkVIII VW Golf which shares this car’s underpinnings.

The new Octavia is expected to go on sale in spring 2020, with first deliveries around May/June.