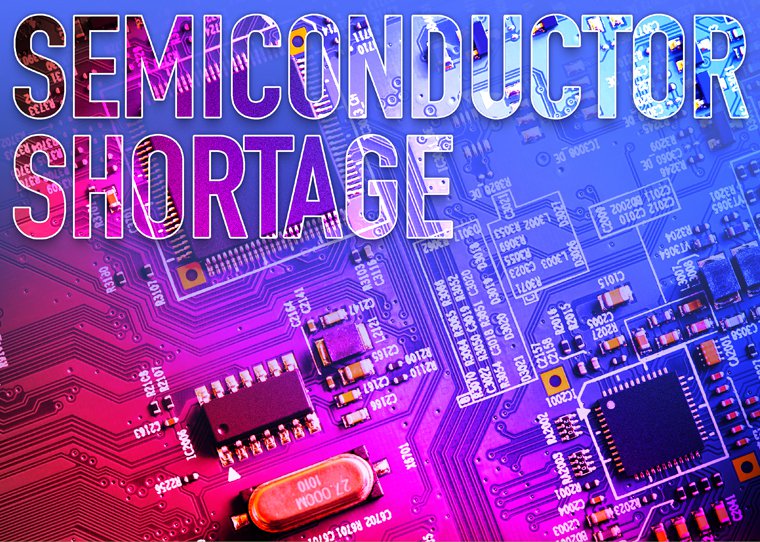 As many of us moved to a style of remote or home working during 2020 due to the Covid-19 pandemic, the supply of semiconductors (chips) which are the brains of our smartphones, tablets and laptops was diverted from the automotive sector, which mothballed its factories, to electronics manufacturing which was largely able to continue throughout 2020.

The demand for new vehicles dropped and vehicle production lines were unable to facilitate 'social distancing', so with this in mind, the manufacturers cancelled or postponed their semiconductor orders until more certain times.

In the world of electronics, the automotive sector is a tiny fledgling corner compared to the likes of Apple who spend $58bn annually on supply alone, yet even they fell foul to the shortage with the planned launch of the iPhone 12 last autumn being delayed as a result.

Just as the automotive sector closed factories and mothballed them, the covid-19 pandemic did the same to mega factories that produce semiconductors. When production restarted, they supplied their biggest customers, who hadn't delayed or cancelled their orders first. The sheer demand for personal and portable electronics cleared out any stocks the suppliers had, and the world has been on catch up ever since. As our cars and vans become more technologically advances, and more switching to hybrid and electric power, the vehicles need more computer-controlled modules, even down to the digital driver displays which Peugeot has decided to remove for the run-out models of the current 308 and switch back to an analogue system, allowing them to fulfil orders.

You may have seen in the news that Jaguar Land Rover is pausing production at two of its UK factories: Halewood which builds the Discovery Sport and Range Rover Evoque, and its Castle Bromwich site which produces the Jaguar XE, XF. and F-Type, with the hope to restart them soon, depending on the supply of semiconductors. Other sites and models are not currently affected.

The Volkswagen Group are expecting the shortage to impact them more in the second quarter of 2021, whereas Tesla has only seen two lost days of production recently by diverting all chips to the Model 3 and Y production lines, with sales of the S and X models coming from dealer-held stock.

Ford, on the other hand, has been affected on a more global scale with factories planning to halt production of the F-150 in America during May, as well as global Mustang production. Its factory in Turkey will be taking its summer break from 19 April - 13 June; this site is responsible for European Transit production. Ford is also experiencing varying lengths of production pauses in the factories responsible for building its Focus, Galaxy, Kuga, Mondeo and S-Max models until the end of July. The situation is ever-changing; not only for the automotive industry but for the world of technology too, as the world slowly gets itself back on to an even keel and the demand for new technology wanes. As the older items are replaced the semiconductor supply chain and stocks levels will be replenished.

BMW has announced specification changes to the following options,

In the meantime, if you're looking for a new lease vehicle, take a look at our in-stock vehicles. We have a wide range of makes, models and body styles to suit all needs.

Unsure what type of vehicle you fancy or need next? Get in touch, we'll be happy to assist.