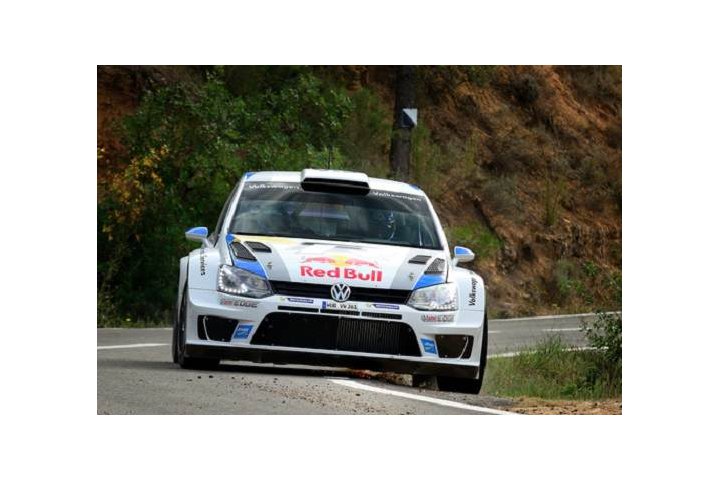 Sebastien Ogier Once Again Out In Front For Rally Argentina

The fourth round of the 2014 World Rally Championship started yesterday and current championship leader Sebastien Ogier is once again out in front after setting the pace for the Rally Argentina Parque Tematico super special in Villa Carlos Paz. Despite Hyundai Motorsport's Dani Sordo topping the times in the shakedown, Ogier finished the stage three seconds ahead of Norwegian Mads Ostberg in the Citroen Total Abu Dhabi WRT DSC WRC, closely followed by Andreas Mikkelsen and Mikko Hirvonen.

Driving the Volkswagen Motorsport Polo R WRC, Frenchman Ogier is 29 points ahead of Jari-Matti Latvala (also in the Volkswagen Polo R) in the overall standings after winning both the Rally Portugal and the Rally Mexico. Mads Ostberg is currently third in the championship, followed by Andreas Mikkelsen and Mikki Hirvonen.

There's been a selection of calendar changes for the 2014 WRC, with the inclusion of the Rally of Poland and the Rally Monte Carlo relocating from Valence to the town of Gap in the Hautes-Alpes province. For only the third time since 1951, the Acropolis Rally in Greece has been dropped from the calendar. The rally has not been included in the calendar for the 2014 season owing to financial difficulties.

This year's championship has also seen a number of personalities make changes to their sport of choice: nine-times rally champion Sebastian Loeb has moved over to the World Touring Car Championship, while ex-tennis player David Nalbandian and former Formula One racer Robert Kubica have earned seats in the 2014 WRC. Neither driver has yet made an impact on this year's championship, though. Kubica has experienced a terrible run so far, having had to retire from three of his four rally starts. He finished 13th in the first stage of Rally Argentina, 11.8 seconds off the pace in his RK M-Sport WRT Ford Fiesta RS WRC. Nalbandian made his rally debut in the WRC yesterday at Villa Carlos Paz, finishing 20th at the wheel of a Chevrolet Agile.

At this stage, there are two drivers from the United Kingdom in the championship top ten; Welshman Elfyn Evans and Kris Meeke from Northern Ireland have picked up a handful of points from previous rallies and are currently sitting 14th and 8th respectively in the timings after the first stage of Rally Argentina.

With Volkswagen so far in front at this stage of the 2014 World Rally Championship, you too can join in with the success by leasing your own Volkswagen Polo Hatchback, with prices starting from just £133.99 per month.