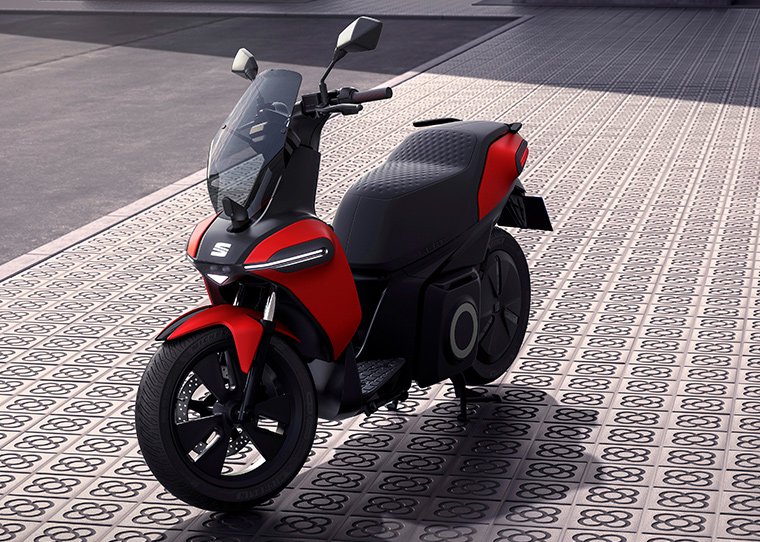 Spanish firm's first electric motorcycle will go on sale in Spain in 2020 and might come to the UK sometime after. The new business unit will integrate all the product, service and platform-based mobility solutions and is set to introduce the e-Scooter to the Spanish market in 2020. There is also a new e-Kickscooter concept, which will complement the portfolio that began with the SEAT EXS in 2018. The range of products is designed for owner-user customers as well as fleets and sharing services on a per use basis. SEAT president Luca de Meo underlined that “this strategic business unit will enable us to focus our efforts on the user’s new mobility needs. SEAT is the micro-mobility centre of competence for the Volkswagen Group, and that means developing purpose designed products for all the Group’s brands, not only for SEAT. In addition, we will also deliver services and solutions for private customers and for fleets.”

The final version of the fully electric e-Scooter concept will ultimately be commercialised in 2020, and it will be available to both private users and shared services fleets. SEAT has a collaboration agreement with the Barcelona-based scooter maker Silence, which would be build them in its facilities in Molins de Rei, located halfway between Barcelona and Martorell.

The new Head of Urban Mobility at SEAT, Lucas Casasnovas, stated that “we aim to become an ally for cities and the SEAT e-Scooter concept is the answer to public demand for a more agile mobility. Our collaboration with Silence is an example of how cooperation between partners enables us to be more efficient.” The e-Scooter concept is equipped with a 7kW motor with a peak rate of 14.8hp, equivalent to 125cc, which delivers instant engine torque of 240Nm. The scooter reaches a top speed of 62mph, enough to accelerate to 30mph in just 3.8 seconds. Furthermore, its riding range on a single charge amounts to 74 miles, according to WMTC test results. The battery can be removed and easily charged at home or public charging stations at an estimated cost to all customers of only 0.60p for every 60 miles. In addition, the e-Scooter concept has enough storage space for two helmets beneath the seat, it is connected, and users can track its battery charge level or location via a mobile app.

A move into two-wheelers could change SEAT’s brand, moving it closer to territory occupied by BMW, Honda and Suzuki as makers of both two- and four-wheeled transport.