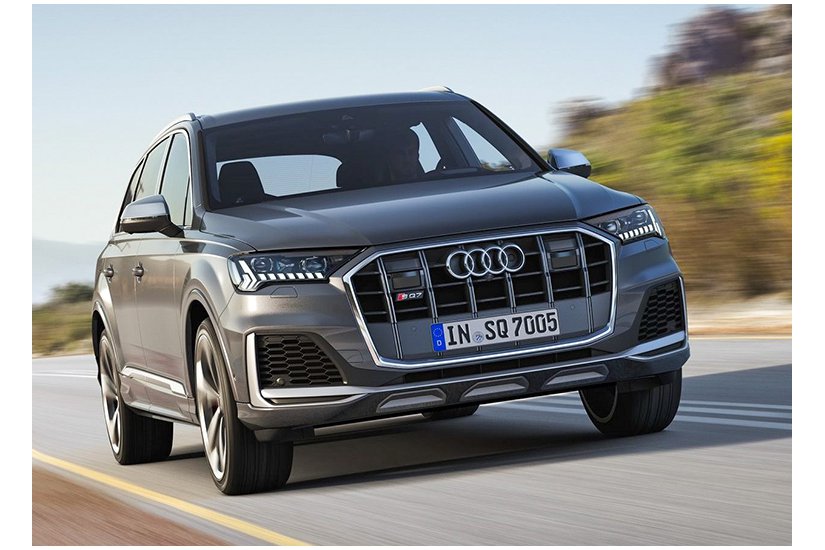 The SQ7 was the first model from the Volkswagen Group to get the tech-heavy 4.0-litre TDI V8 engine back in March 2016. Since then, models like the Bentley Bentayga, VW Touareg and the SQ8 have received the mountain-moving diesel monster. Now, it’s time for the flagship version of the Q7 family to go through a mid-cycle refresh.

The refreshed SQ7 gets the swanky new headlights and tail lights similar to those applied to the regular Q7 itself refreshed about a month ago. The twin vertical slats of the massive single-frame grille make the SQ7 look more imposing than the standard versions of the midsize SUV that only have single bars. 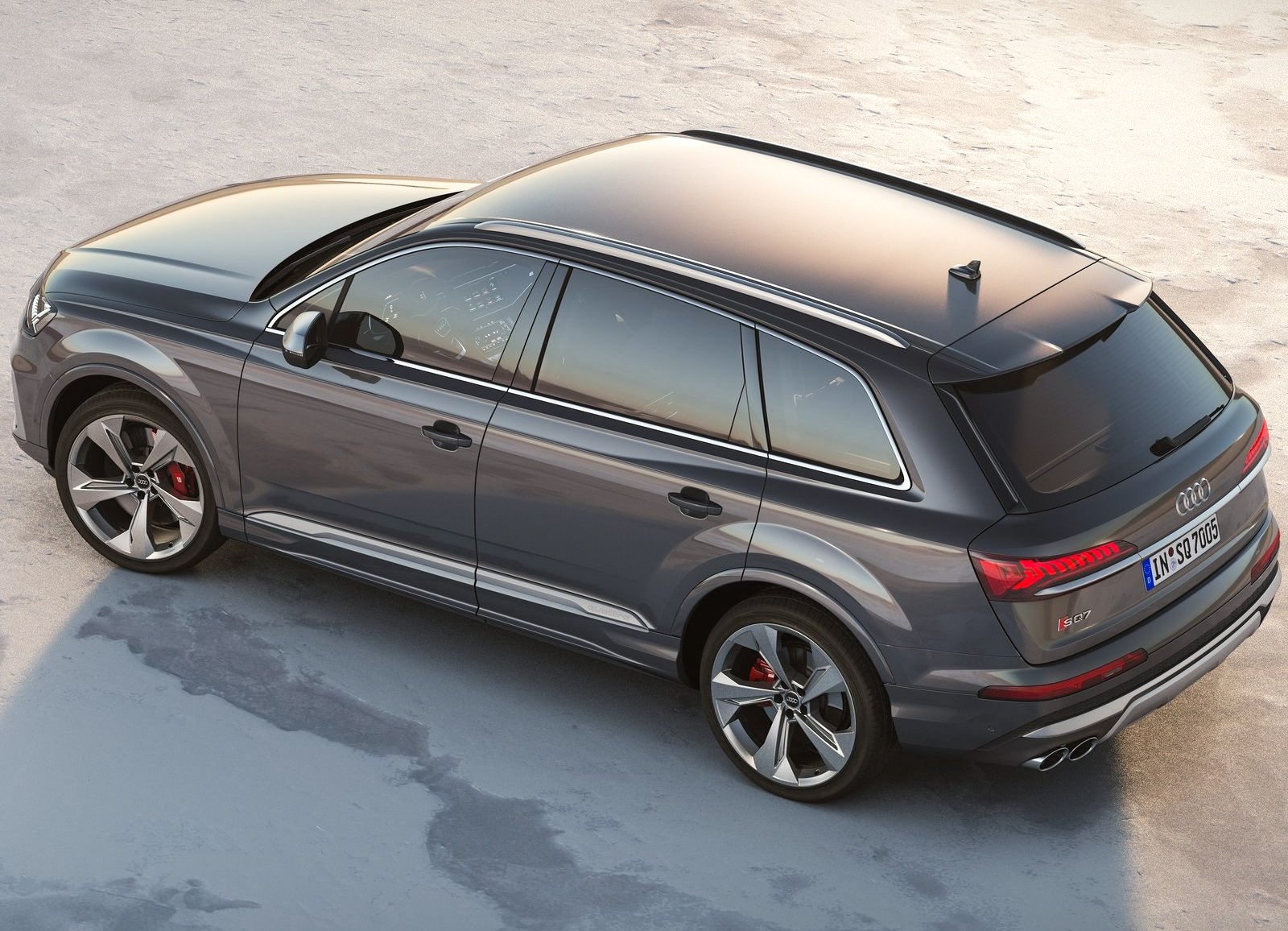 At the back, the quad exhausts are a tell-tale sign this isn’t your standard Audi Q7, while the full-width metallic bar that runs from one taillight to the other freshens up the SUV’s tailgate. Not that many people will notice it, but the rear underbody protection has been slightly modified and its silver finish matches the look of the side mirror caps as well as some of the other exterior accents that come in matte silver.

The Audi SQ7 TDI rides on 20-inch wheels shod in 285/45 tyres supported by brakes larger than those found on the standard Q7 in order to match the additional power. These measure 400mm at the front and 370mm at the back and come with either black or red calipers. You can get even bigger ones courtesy of an optional carbon ceramic set measuring 420mm and 370mm respectively, with anthracite grey callipers.

At the heart of the SQ7 is the same 4.0-litre V8 TDI with an electric compressor that assists the pair of turbochargers when they are off-boost. The diesel monster produces 429hp and an epic 900Nm of torque from a lowly 1,250 rpm, which helps this sizeable SUV sprint to 62 mph in 4.8 seconds before maxing out at an electronically capped 155mph. 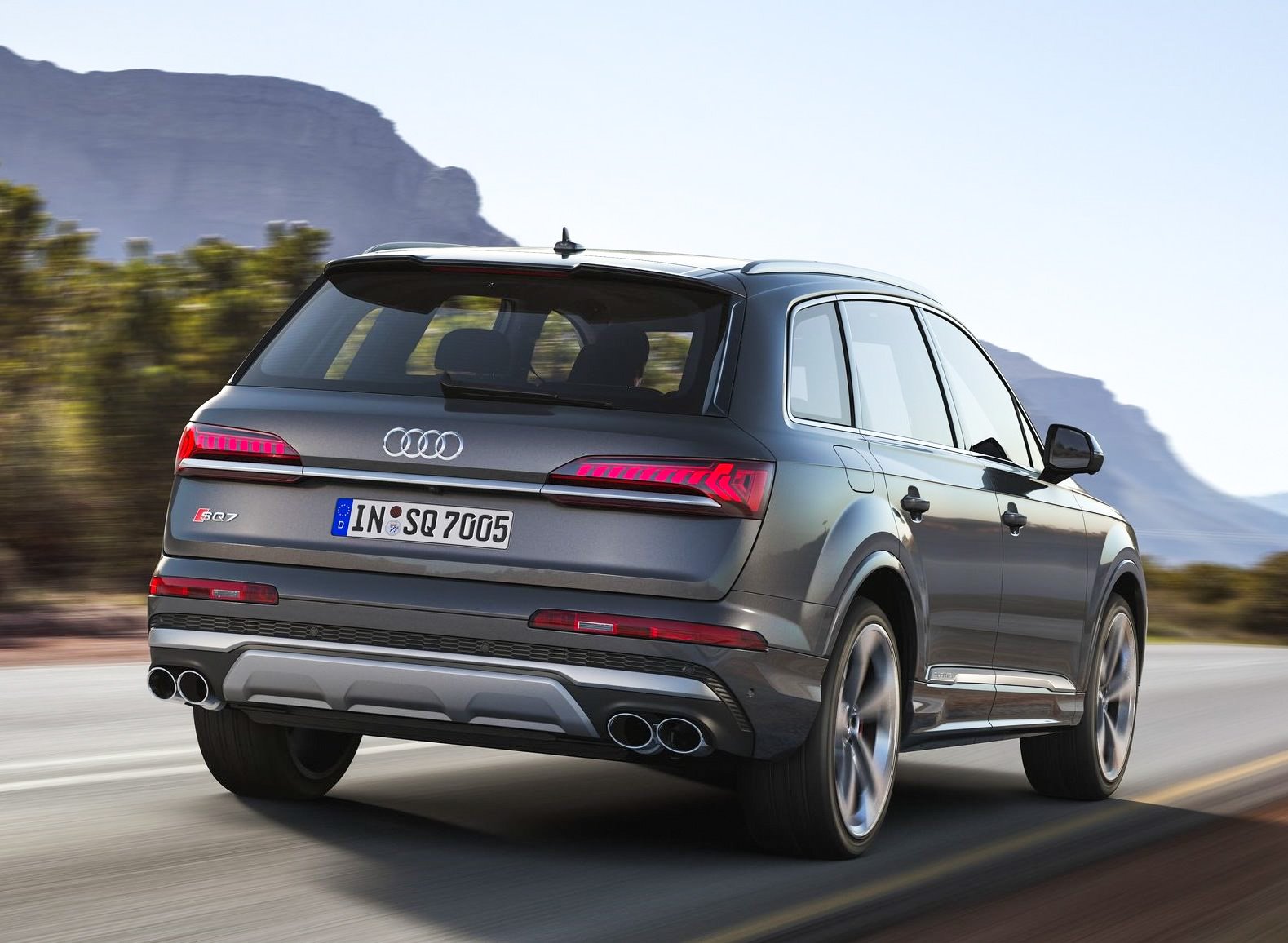 The compressor is fed by the same 48V lithium-ion battery pack which underpins the SQ7’s mild-hybrid system. Comprising a belt-driven alternator starter and an energy recuperation system, it can power the performance SUV at speeds up to 14mph and recover up to 8kW of energy under deceleration.

The engine feeds its power through an eight-speed automatic gearbox and a sport differential to all four wheels. Through fast corners, the differential actively distributes the engine’s power between the rear wheels, which Audi says helps to reduce understeer. 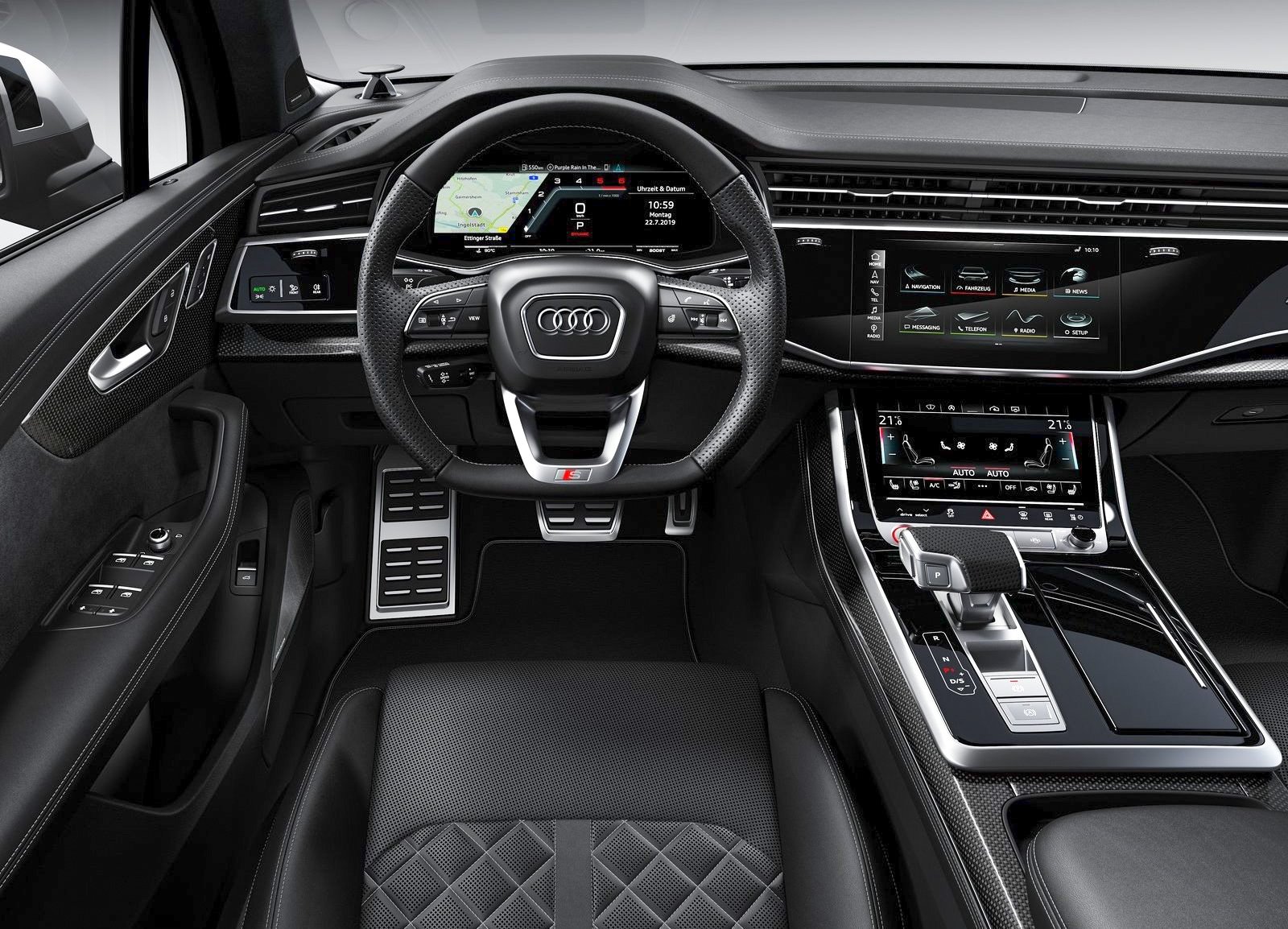 Like the regular updated Audi Q7, the S version has a massively upgraded interior with a pair of touchscreens dominating the centre console. This change has eliminated the much-criticised tablet, while the physical controls for the climate settings have been integrated into the newly added lower display. The Audi Virtual Cockpit is Audi’s latest and greatest version and has some extra features specifically created for the SQ7.

Audi will begin to take UK orders for the 2020 SQ7 in the coming days, with UK deliveries expected to start in the autumn.

Introduced in 2015, Audi has given the second-generation Q7 SUV a majo...

Audi has revealed its seventh and latest SUV. The new Audi Q3 Sportbac...