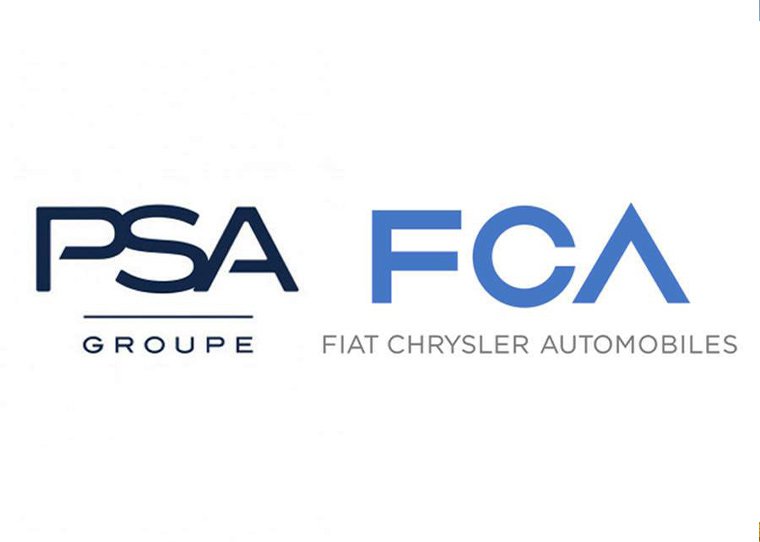 PSA and FCA: Rumours true as two to merge

With over 8.7 million cars sold annually, the 50:50 merger will create the world's fourth-largest automaker.

So, the rumours were true…Groupe PSA and FCA have agreed to work on a 50:50 merger that will effectively lead to the creation of the fourth-largest automaker in the world.

The plan is for shareholders of each company to own 50 per cent of the equity of the newly combined automotive group, which is projected to achieve 80 per cent of the synergies after four years and cut costs by approximately €2.8 billion (£2.4 billion at current exchange rates).

Based on the 2018 results of both companies, the merger will lead to combined revenues of nearly £146.6 billion and a recurring operating profit of more than £9.5 billion. According to the agreed deal between the two parties, the merger between PSA and FCA will be done under a Dutch parent company, which will be listed on the New York Stock Exchange, Borsa Italiana in Milan and Euronext in Paris.

Based on the agreement reached by the two automotive conglomerates, the synergies will not involve any plant closures. The newly formed board will have 11 members – five nominated by FCA, five by Groupe PSA, with Carlos Tavares as Chief Executive Officer for an initial five-year term and he would also be a member of the board.

As a refresher, Opel and Vauxhall are both underneath PSA’s umbrella as the two brands were acquired from General Motors back in 2017. The newly created automotive mammoth resulting from the PSA-FCA merger will undoubtedly bring some huge changes to the industry as they’ll be looking to cut costs and reduce product overlap to synchronise line-ups across all brands.

Before shaking hands with Groupe PSA, FCA almost inked a deal a few months ago with Renault to work on a 50:50 merger, but the plan ultimately fell through due to rather unclear ‘political conditions’.

Brands in the PSA Group include Peugeot, Citroen, Vauxhall, Opel and DS Automobiles, while those under the stewardship of Fiat Chrysler Automobiles (FCA) include Fiat, Alfa Romeo, Chrysler, Abarth, Jeep, Dodge, Lancia and Maserati. In January 2016, Ferrari officially split from its former FCA parent company.