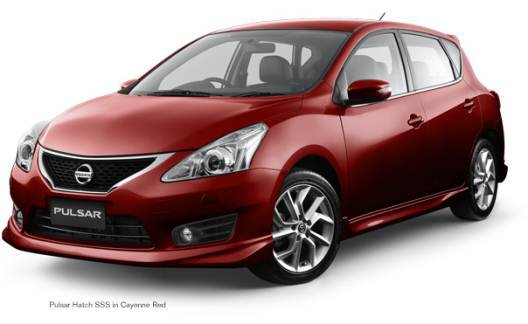 Japanese manufacturer Nissan has revealed the latest edition to its mid-size hatchback range: Pulsar. With this new model, Nissan is entering into direct competition with Ford Focus and the Vauxhall Astra in the family car market.

The Pulsar range brings Nissan back into the C-sector market, which it left in Britain with the launch of the Qashqai back in 2004.

Nissan's Almera, the brand's previous C-sector vehicle, was replaced by the Tilda in some European markets, but it was thought at the time that the model would find it hard to stand-out in the sector while the Japanese manufacturer was focussing efforts on expanding its presence in the crossover segment, Fleet News commented.

Over the past few years, Nissan has gained strong momentum in the crossover sector and is currently seeking to promote its traditional five-door design by offering technologies that cannot be found in any other vehicle of this class, the carmaker claims. These include full smartphone integration with access to many apps, LED headlamps and other safety technologies such as a moving objects detector, a lane departure warning system and a blind spot warning, which will all come as standard across the range.

Pulsar is expected to be available this September and will contribute to Nissan's efforts in bringing its fleet registrations up to 73,000 in the next fiscal year. The vehicles are designed in Europe and assembled in Spain and will have a wheelbase of 4,385 millimetres – the longest available in the class – ensuring more legroom in the rear compared to rival vehicles.

The Nissan Pulsar will be available with a 1.2-litre turbocharged petrol and 1.5-litre dCi motor. A 1.6-litre turbo petrol will be included to the range in early 2015.