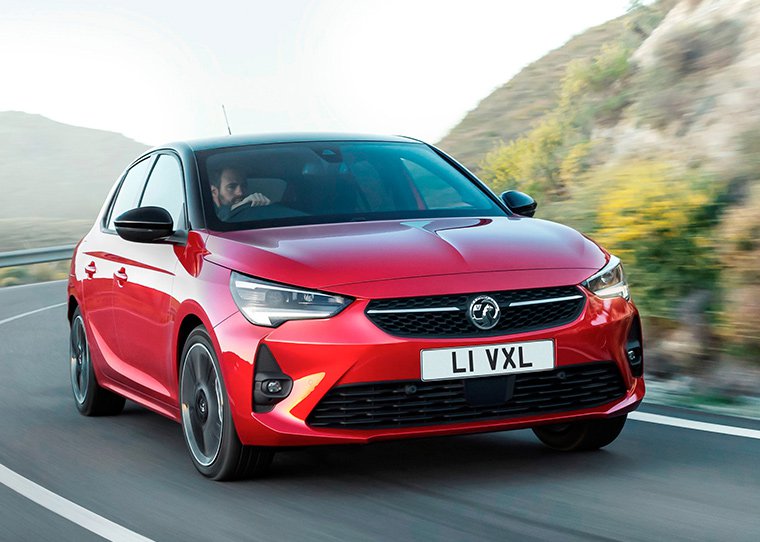 Vauxhall has released full specifications and technical details for the all-new 2020 Corsa (F). Available to order now, the new Corsa will reach UK dealerships in January.

This new sixth-generation Corsa supermini was originally planned for release in late 2017 but was delayed due to Vauxhall’s acquisition by Group PSA. Redevelopment recommenced immediately as the new car was to ride on Peugeot-Citroen’s small-car Common Modular Platform (CMP) EMP1. Featuring an all-new design, the upcoming Corsa is slightly larger than its predecessor, with a longer wheelbase (the distance between the front and rear wheels). This increase in dimensions gives it a bigger boot and more interior space. The new Corsa is expected to be sold as a five-door model only.

The new Corsa features substantial styling changes compared with the current model, with a wider grille and a similar headlight design to that seen on the latest Vauxhall SUVs. The petrol and diesel variants are visually similar to the electric Corsa-e model, with the conventional models sporting different alloy wheels. On the inside the new Corsa features an identical cabin to its electric counterpart, with the option of a dash-mounted seven-inch or 10-inch infotainment screen.

The new CMP chassis is shared with the new Peugeot 208 arriving later this year and Vauxhall says the new Corsa will be better to drive and more comfortable thanks to new (PSA) aluminium engines, its lighter weight and a redesigned body shell. That body shell features a high-strength steel construction, saving 40kg over the old car, including an aluminium bonnet that alone saves 2.4kg. The new engines save around 15kg over the ones in the outgoing model and the Corsa’s interior has also been reworked to cut weight; redesigned seats shave off 10kg. All the savings combined add up to a very significant 108kg.

The SE model is the entry point to the Corsa line-up but still comes with 16-inch alloy wheels, a leather flat-bottomed steering wheel, LED headlights and a seven-inch touchscreen infotainment system. Above that is the SRi, which has sportier looks, a black roof and tinted windows, LED front fog lights, electric rear windows, a sport mode, rear parking sensors, an alarm and LED tail-lights.

As the name suggests, the Elite Nav adds sat nav to the seven-inch touchscreen, alongside plenty of extra features including folding door mirrors, a reversing camera, front parking sensors, Vauxhall’s Winter Pack and ambient lighting. The Ultimate Nav is loaded with equipment for such a small car, including a 10-inch touchscreen with sat nav, massaging leather seats, Matrix LED headlights, and keyless entry and start. Vauxhall often adds mini trim levels to its ranges and the Corsa is no different. SE and SRi are available as SE Nav and SRi Nav and all but Ultimate are available as Premium versions. We expect this to include leather upholstery and a few extra goodies.

The new Vauxhall Corsa will be available with two new PureTech petrol engines and a new BlueHDi diesel engine from launch, along with the already announced pure-electric Corsa-e. The entry-level 1.2-litre four-cylinder petrol engine produces 74hp and comes with a five-speed manual gearbox. A model with this engine will be the lightest version of the Corsa you can buy, weighing ten per cent less than the lightest version of the old one at 980kg. The second petrol engine is a more powerful 1.2-litre three-cylinder engine producing 99hp with the help of a turbocharger. This engine is shared with Peugeot and Citroen models and can be specified with either a six-speed manual or an eight-speed automatic gearbox.

The single diesel option for higher mileage drivers is a 101hp /250Nm version of PSA’s 1.5-litre three-cylinder engine and can only be specified with a manual gearbox.

To register your interest in leasing the new 2020 Vauxhall Corsa, please call our friendly and helpful sales team on 0161 826 9716.

Vauxhall has revealed further details for its revised Astra hatch and...