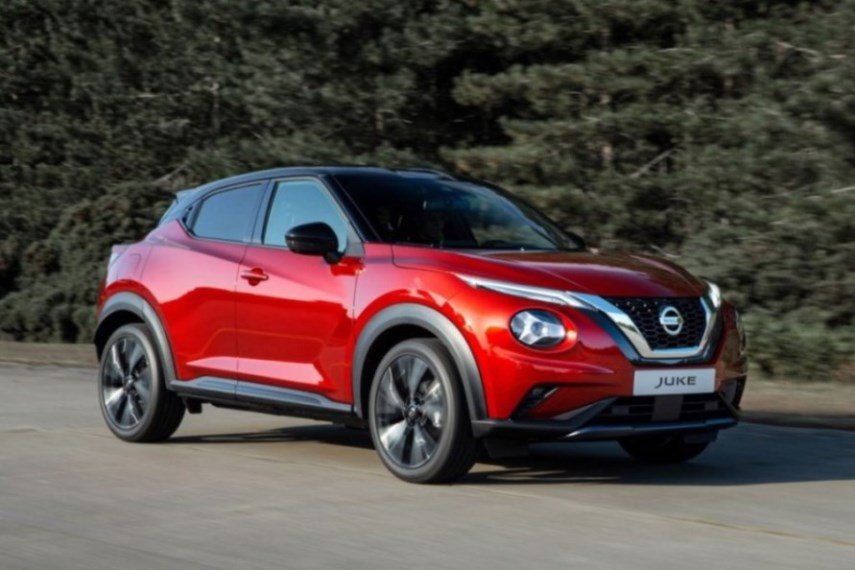 ➤ The second-generation Nissan Juke is bigger, lighter and better-equipped than its predecessor in a bid to reclaim the crossover crown.

The new 2019 Nissan Juke has been revealed with all-new styling and tech and will go on sale in November. Almost every aspect of the rather dated current model has been completely overhauled for the new one.

Launched back in 2011, the Juke is widely acknowledged to have kick-started the popularity of compact, front-wheel drive crossovers. Almost every car manufacturer now makes a car of its size, however, the outgoing Juke has been somewhat left behind by newer and roomier alternatives. 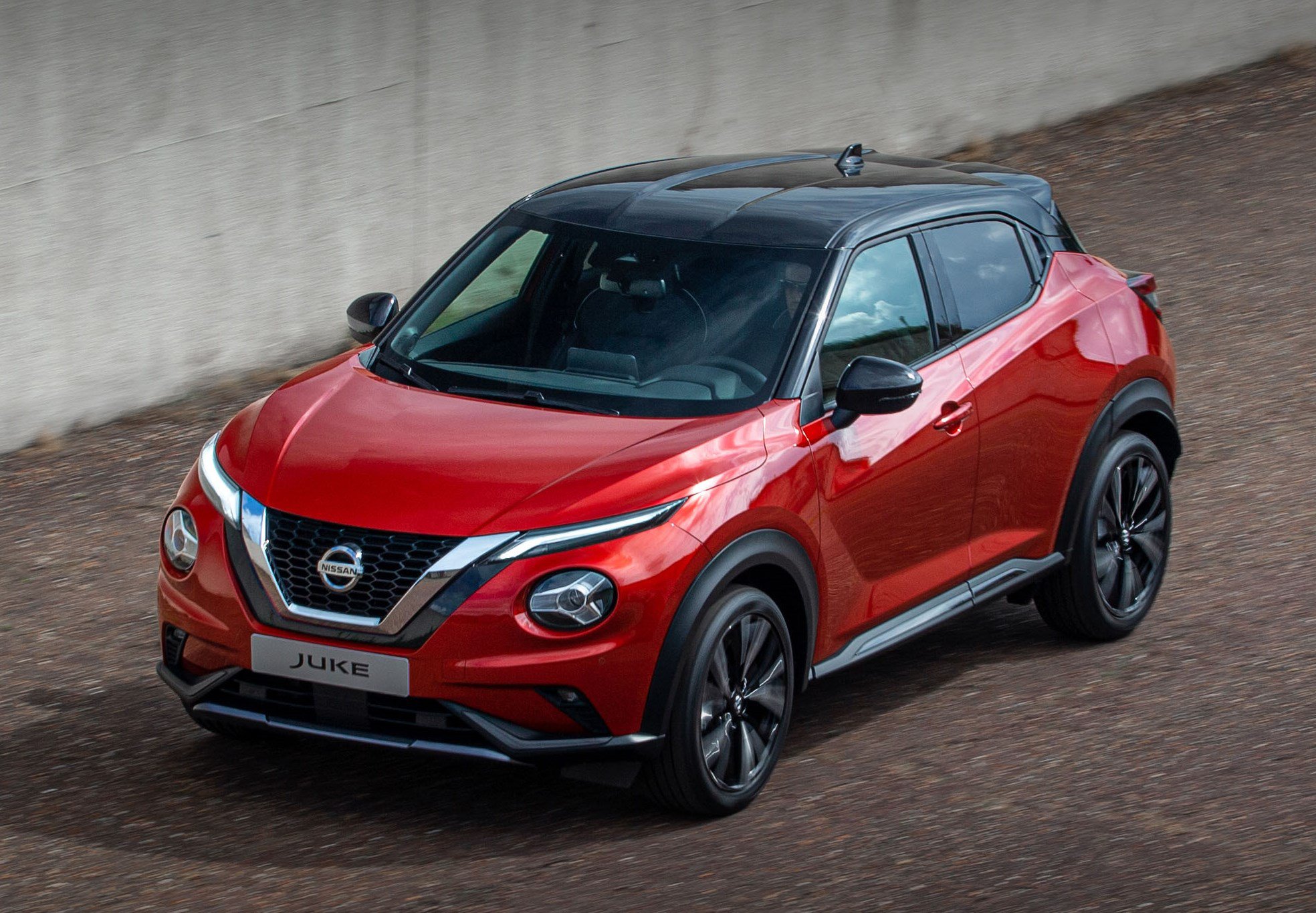 The original Juke was one of the most distinctive crossovers on sale, so it’s not surprising that Nissan has kept some of its styling features for the new model. The squat shape, hidden rear door handles and wide wheel arches remain, as do the split-level headlights.

LED daytime running lights make up the upper lights, and now sit on the nose instead of on top of the bonnet. The car’s headlights are still round but high-spec versions get three-pronged LED units, while range-entry models are likely to have standard halogen units. 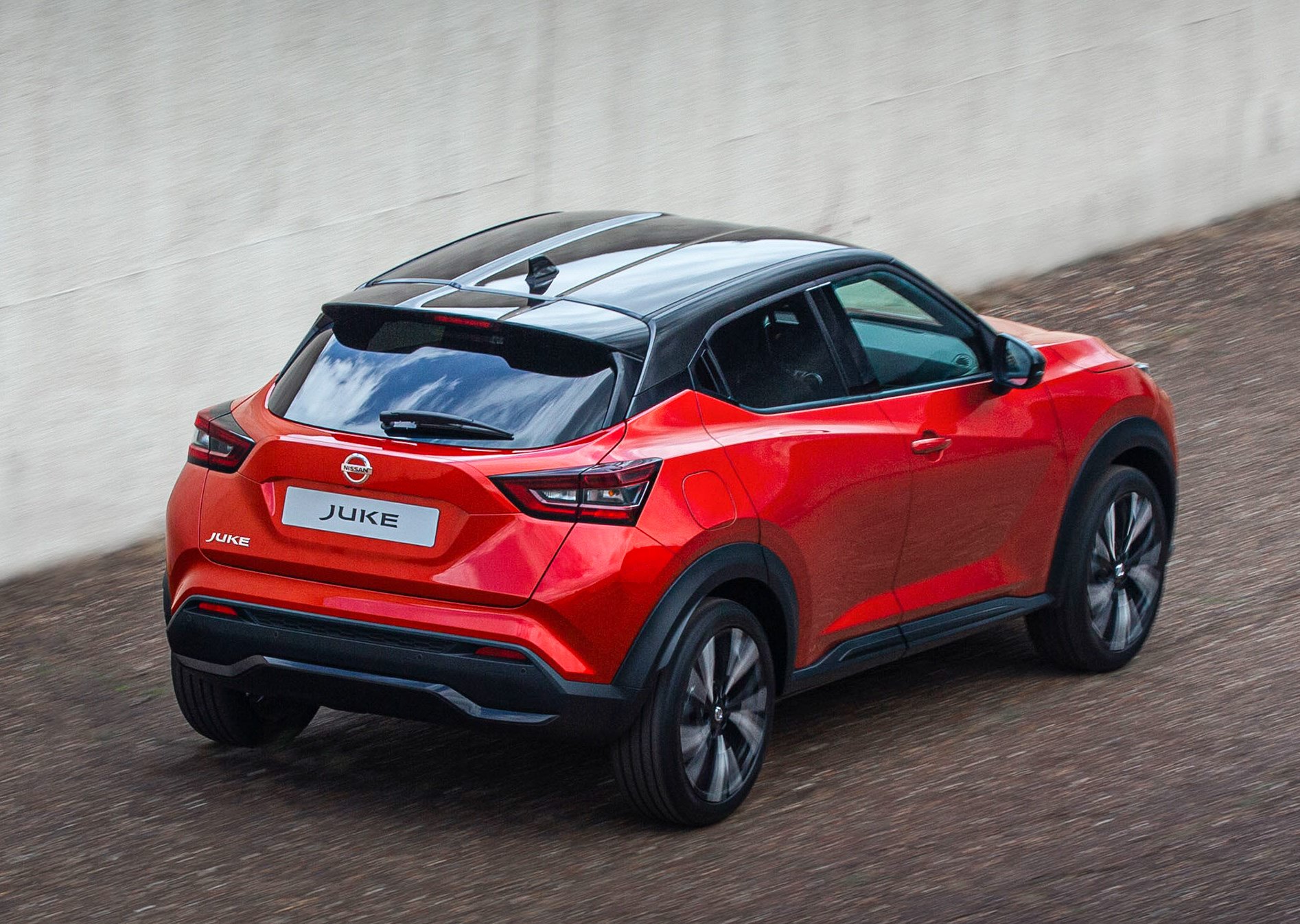 Buyers will be able to choose from 11 different paint colours along with a contrasting roof and door mirror caps on upper-spec cars. Wheel sizes range from 16-inch steelies with plastic covers to 19-inch alloys.

The new Juke is 35mm wider and 75mm longer than the old one but weighs 23kg less. The wheelbase is a noticeable 105mm longer than before, which is great news for cabin and boot space and was sorely needed. Knee and headroom are up by 58mm and 11mm respectively, so adults will be much happier in the back seats and the steering wheel now adjusts for reach as well as rake. Along with the outside, the current Juke’s interior is showing its age. The new Juke addresses this with a complete redesign that now places a new eight-inch touchscreen on top of the dashboard and three circular air vents. More expensive models will also feature a seven-inch screen in the instrument binnacle.

There’ll be plenty of technology available, although much of it will be reserved for higher-spec models. You’ll be able to have your Juke with on-board wi-fi, a TomTom sat nav with live traffic updates and smartphone-controlled remote services. Nissan’s ProPilot software, which essentially allows the car to ‘drive itself’ on motorways, is just one of the driver aids available; other systems include automatic emergency braking with cyclist and pedestrian detection, blind-spot monitoring, rear cross-traffic alert and traffic sign recognition. Underneath, the 2019 Nissan Juke will share a platform with the recently revealed Renault Clio. A hybrid version of the Clio has been confirmed, so expect a hybrid variant of the Juke in the short-term.

The new platform will open up the possibility of new engines, so the new Juke could use the 1.3-litre petrol engine that’s found in the current Qashqai, Renault Kadjar, Dacia Duster and the new Mercedes A-Class. From launch, the only engine will be a 1.0-litre turbocharged three-cylinder petrol borrowed from the Micra, which produces 115hp and manages the 0-62mph sprint in 10.4 or 11.1 seconds, depending on whether you choose the six-speed manual or the seven-speed dual-clutch automatic. The latter replaces the disappointing CVT ‘gearbox’ offered on the current car. Economy figures are yet to be revealed but around 45mpg is likely. The Juke will continue to be built in the UK at Nissan’s Sunderland plant, which has produced over a million examples of the car to date.

It might have been a trend-setter, but the original Juke was far from...