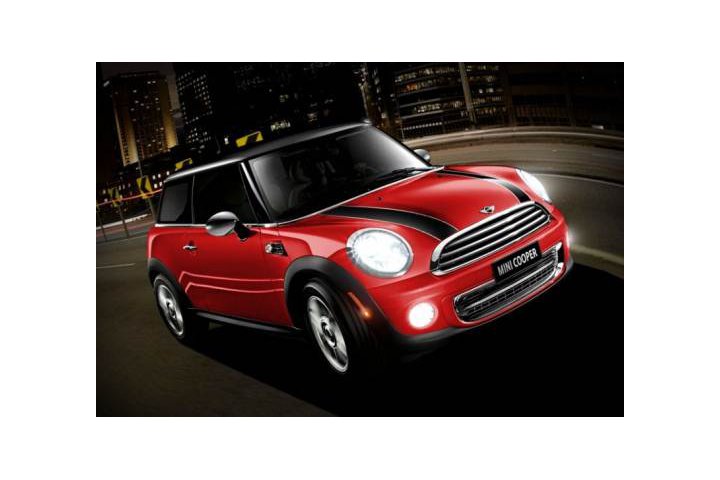 Mini Cooper Hatchback: What Do The Reviews Say?

It may not be so mini anymore, but it's still an iconic car of quintessential Britishness. Although the Mini Cooper hatchback doesn't look hugely different to other new Minis, you shouldn't judge a book by its cover. Despite a similar appearance, the Mini hatchback features a super-duper turbocharged engine and an even swankier interior. But don't take our word for it; we've scoured through the many reviews out there and summarised them into digestible nuggets for you to peruse.

They say the Mini Cooper Hatchback is "bigger and more refined than ever before" which makes it posher, safer and better-equipped. According to AutoExpress, its rivals are the Fiat 500 and Citroen DS3. Although at first glance, they say, it looks virtually identical to its predecessors, die-hard fans of the Mini will notice its slightly more bulbous proportions and larger rear lights and front.

Even those with zero interest in cars will instantly recognise this car as a Mini, AutoTrader say. Its "cheeky looks" have been turning heads since 2001. They talk about the Mini's dash and its retro details. The seats are supportive, making it very easy to get comfortable, and there's lots of seat manoeuvrability to reach the perfect height for the steering wheel. According to them, "few small cars handle as well as the Mini", adding that this car is "amazingly cheap to run". It's also a safe set of wheels: "about as strong a small car as it's possible to get".

The Mini Cooper Hatchback is a "thrill-a-minute" drive, and is just as desirable as it's ever been. This is a car all about style and fun. According to them, if this is what you're after, it doesn't get much better than this. "It's stylish, it rides well and it's affordable to run". It's easy to drive around town, they say, adding that it's never "choppy or uncomfortable". The gearshift, according to them, is also slick.

AutoCar are impressed with the cabin design of the Mini Cooper Hatchback, claiming that it's more stylish than ever and the quality has improved, too. It's a "feisty character", they say, and they seemed to thoroughly enjoy pottering around in it: "it couldn't be easier or more pleasant". The steering is "oily smooth", light and calm, and the ride quality has definitely improved when compared to older models.

They believe the new version of the Mini paved the way for "reinvented classics" like the Fiat 500, but few are as fun to drive as the Mini Cooper Hatchback. This version is longer, wider and slightly taller, making it feel slightly larger inside and "significantly increasing the boot space". Car Buyer can see why its "strong performance, sharp handling and low driving position" is often likened to a go-kart. The Mini Cooper Hatchback has more headroom for people in the front, thanks to its bigger dimensions, and the whole car feels plusher. The Mini's interior has always had a premium feel, and it's never been more true than with this version, they say.
Does the Mini Cooper Hatchback appeal to you? If so, why not hire one from Leasing Options today?