➤ By the end of this year, Mercedes-Benz will have more than 10 plug-in hybrids and aims to offer customers more than double that by 2021. 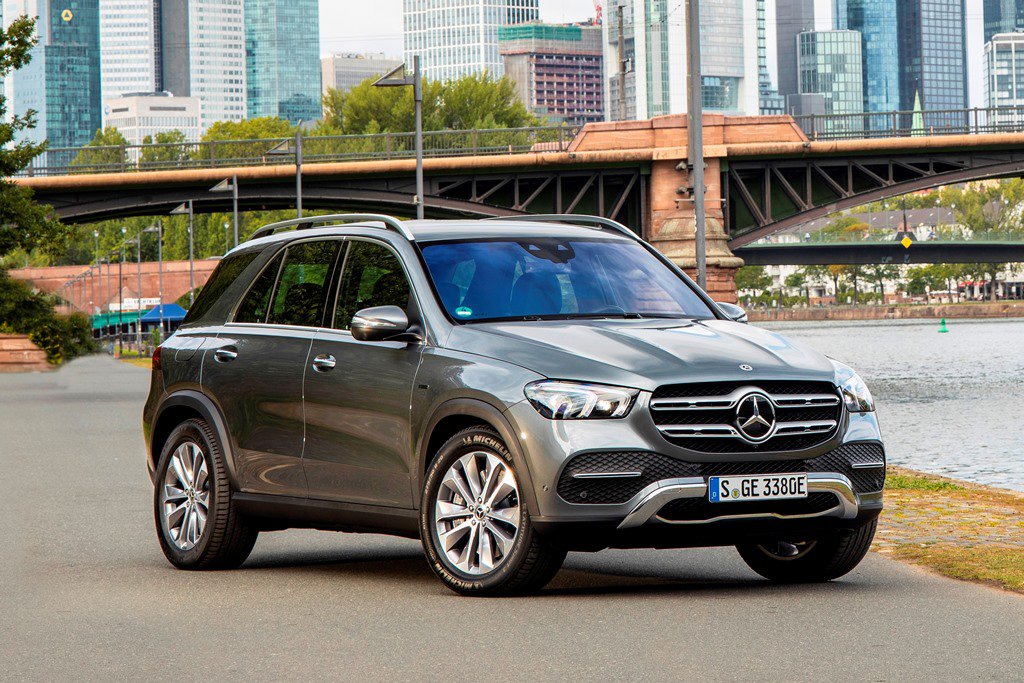 The GLE350de is the latest model in an expanding range of new diesel-electric plug-in hybrid electric vehicle (PHEV) models from Mercedes-Benz, including the C300de 4Matic and larger E300de.

But while the two saloons use a relatively small 13.5 kWh lithium-ion battery, Mercedes-Benz has more than doubled battery capacity to provide the GLE350de with a sizeable 31.2kWh unit – the largest battery it has ever used in a production hybrid model. The result is a claimed (WLTP) electric range of 61.5 miles.

At the heart of the new Mercedes-Benz SUV’s driveline is a longitudinally-mounted turbocharged 2.0-litre four-cylinder diesel engine developing a healthy 192hp and 400Nm of torque. 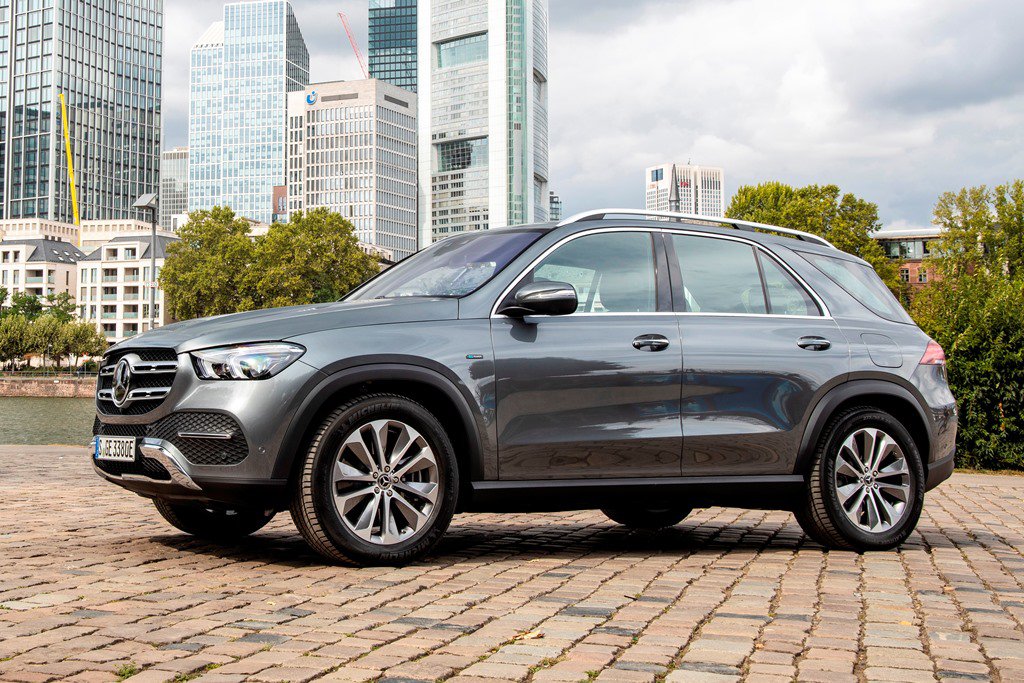 It is supported by an electric motor mounted within the GLE350de 4Matic’s standard nine-speed automatic gearbox that produces up to 134hp and 440Nm. Combined, the two power sources provide a total system output of 315hp and 700Nm.

The combined reserves are sufficient, says Mercedes-Benz, to propel the four-wheel drive GLE350de 4Matic from 0 to 62mph in 6.8 seconds and up to a limited top speed of 131mph.

The GLE350de’s new 31.2kWh battery provides an official (WLTP) electric range of between 55.9 and 61.5miles. This correlates to theoretical combined consumption of 256.8mpg and combined CO2 emissions of 29g/km on the WLTP cycle.

In electric-only mode, the new model boasts a top speed limited to 100mph. The GLE350de 4Matic supports both AC and DC charging. With a maximum DC charge rate of 60kW, Mercedes-Benz claims a recharge time of approximately 30min. 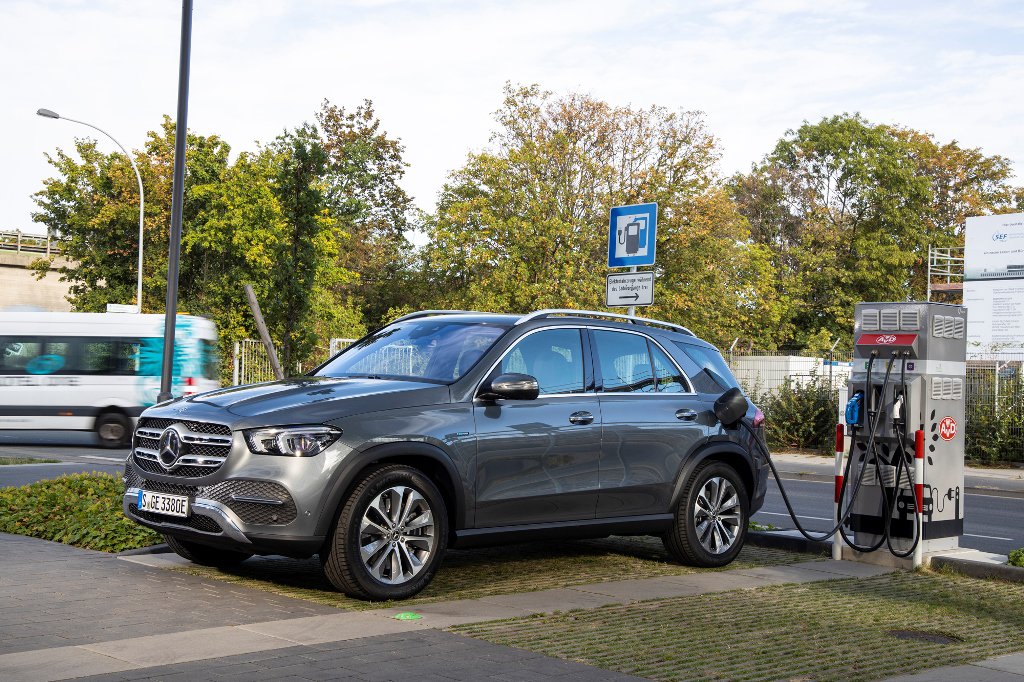 However, the large battery has compromised boot space slightly, as overall capacity drops from 2,055-litres with conventional petrol and diesel-powered GLEs to 1,915 litres with the new diesel-electric model.

The GLE350de 4Matic is among 20 plug-in hybrid models planned for launch by Mercedes-Benz by the end of 2020.

In a further boost to the line-up, the brand has also lifted the covers off the petrol-electric plug-in hybrid GLC300e 4Matic.

The latest facelifted GLC model receives a heavily upgraded driveline that is claimed to provide a WLTP range of up to 26.7miles and CO2 rating of 51g/km.

Key among its developments is a new 13.5kWh battery, as used by the C300e and E300e. It replaces the older 8.7kWh battery used by the superseded GLC350e 4Matic.

Power for the GLC300e 4Matic is provided by a longitudinally-mounted turbocharged 2.0-litre four-cylinder petrol engine developing 208hp and 350Nm of torque. It is supported by a gearbox mounted electric motor with 121hp and up to 440Nm.  The result is the same 315hp and 700Nm combined output as the GLE350de 4Matic. 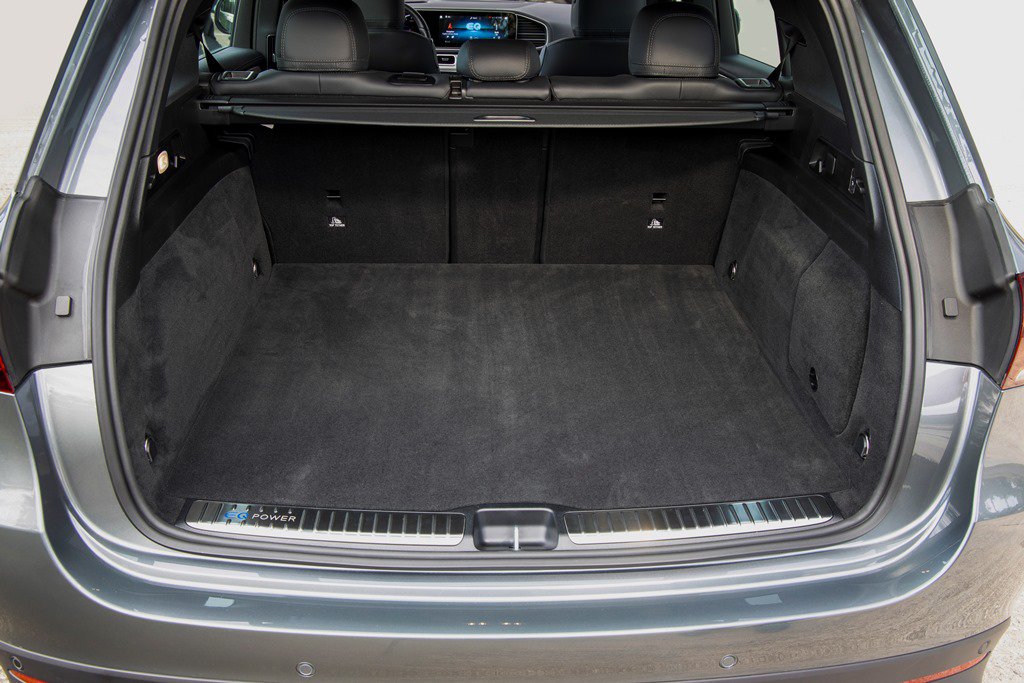 The GLC300e 4Matic’s new 13.5kWh battery provides an official WLTP range of between 24.2 and 26.7 miles, giving a combined consumption figure of 128.4mpg and average CO2 emissions of 51g/km.

Top speed in electric-only mode is 81mph. As with its direct predecessor, the updated petrol-electric GLC model only supports AC charging. 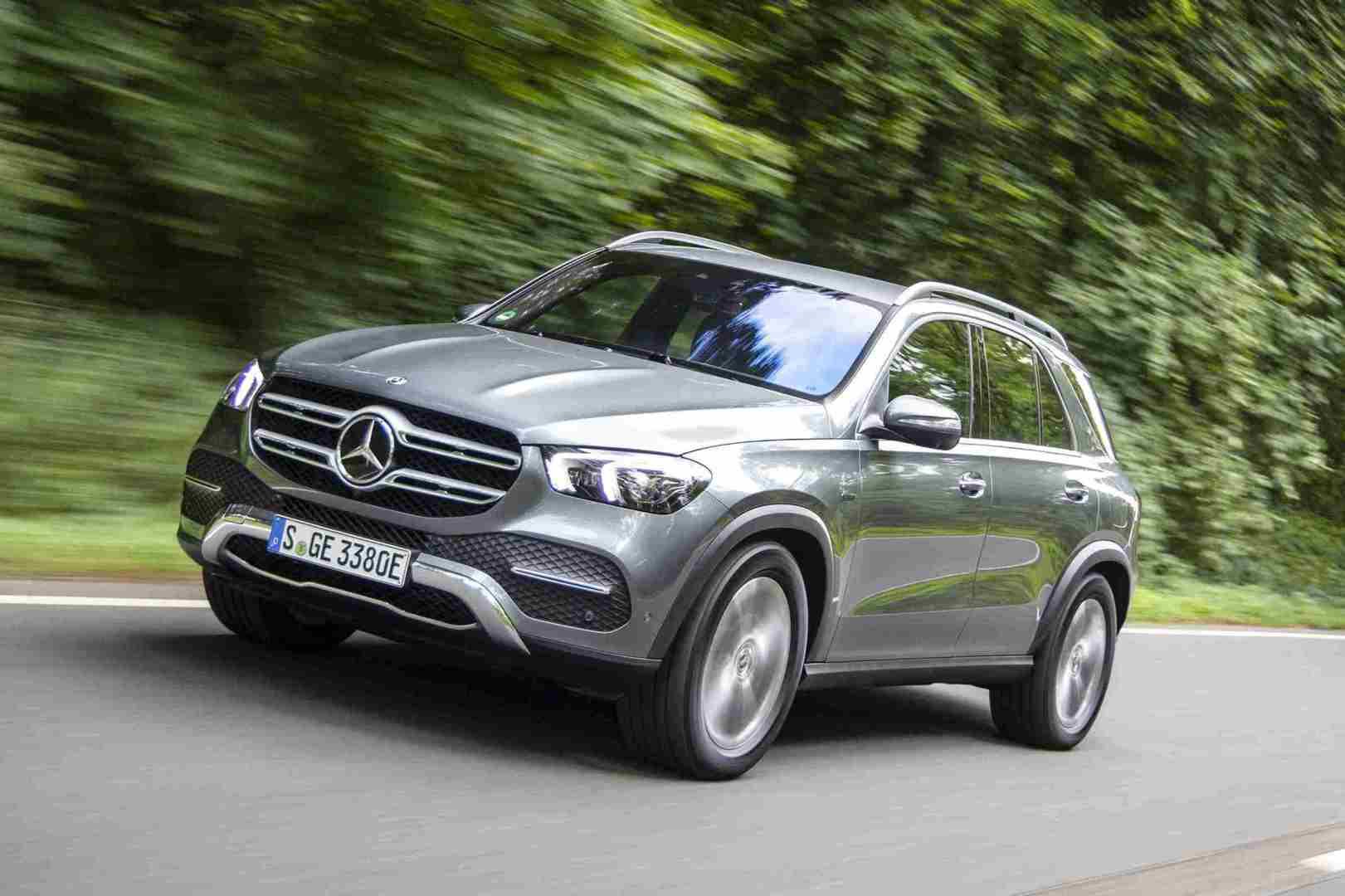