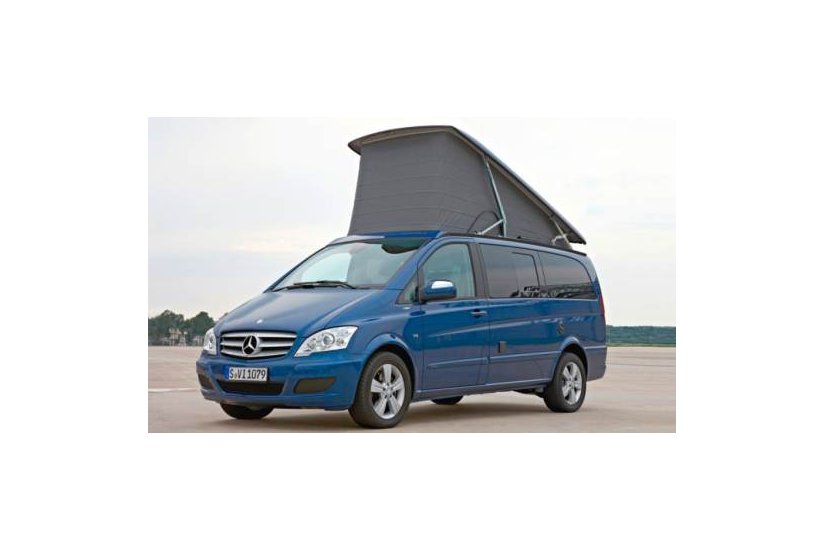 Mercedes attempts to make the next iconic camper

Mercedes has often been credited as being one of the most forward thinking manufacturers often bringing out new and impressive technology in its cars which years later become standard equipment in everyday day cars. However it appears they can also hold grudges as with VW releasing their new campervan the California Mercedes will not allow VW to dominate the market as they did with the Type 2 and have released the Marco Polo in answer to it.

The Marco Polo is based on the standard V-Class and can comfortably sleep 4 whilst still providing a kitchenette, wardrobe and retractable table. The kitchen appear ideal for the camping life with 2 hobs, a refrigerator and an extended work top making great use of the space provided. The van is powered by any of the three specifically deigned four cylinder turbodiesles ranging from a 134 bhp version to a 188 bhp style. The seats achieve the classic system of lying completely flat and forming a double bed however it has a 21st century design as it now works of the touch of a single button. Though there are no official plans to have the camper released in the UK however there has been rumours that if their sufficient interest in the vehicle that it could be released with a price tag around £45,000.

At first glances at this SUV, the majority of us came to the conclusio...