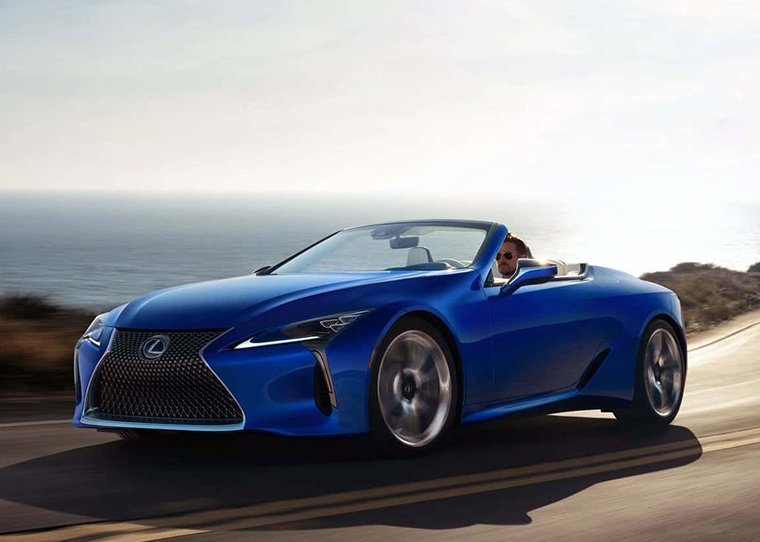 Lexus has revealed a soft-top version of its flagship LC500 sports car at the LA Motor Show, which goes on sale next summer. 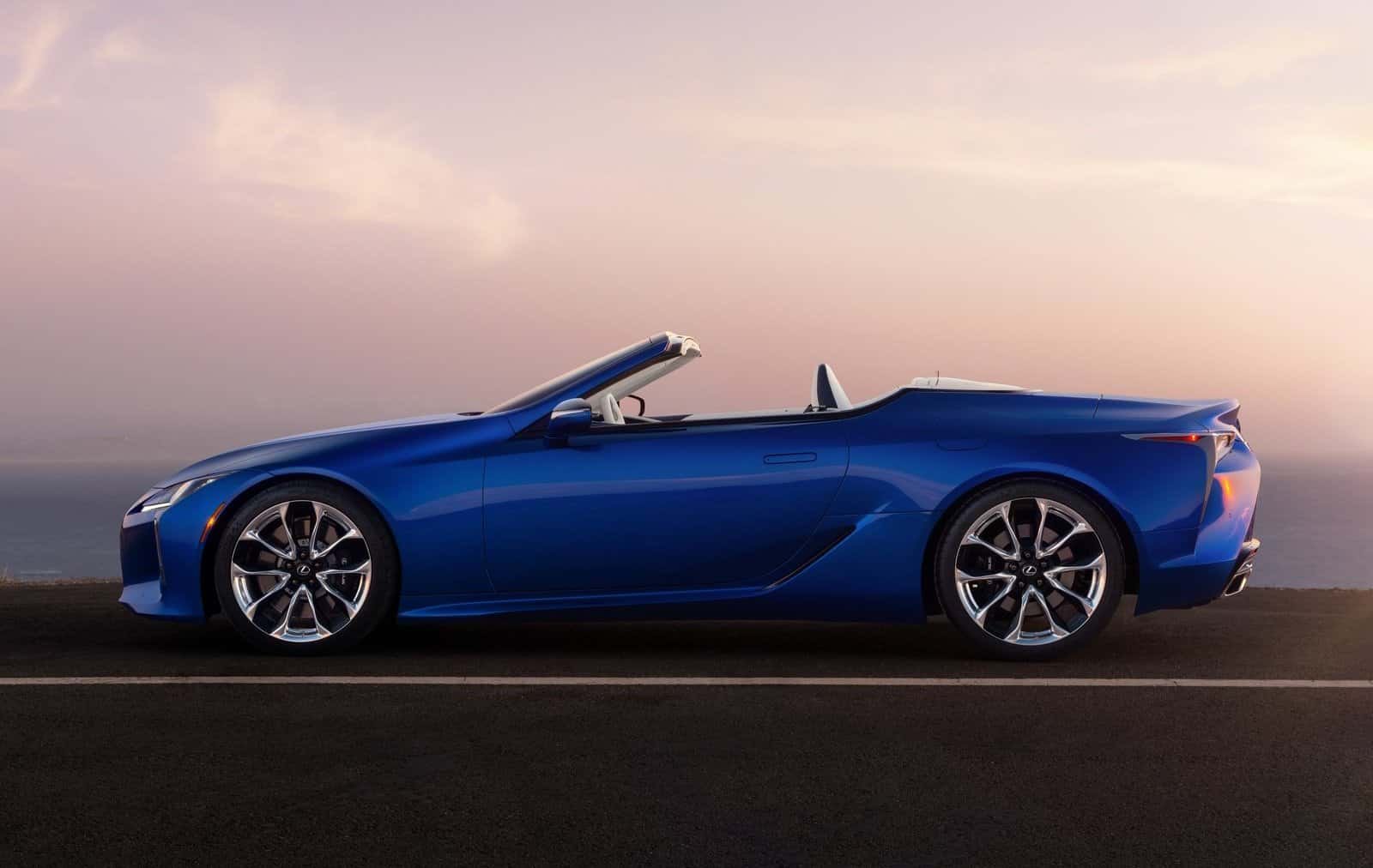 The Lexus LC500 will soon be available as a convertible, after a production-ready model was revealed at the LA Motor Show. At first, the convertible will only come with a V8 petrol engine, in contrast to the coupe, which offers an alternate hybrid powertrain. It is expected to join the coupe in dealerships in summer 2020, where it will go head to head with rivals such as the Aston Martin Vantage, Jaguar F-Type, BMW 8 Series and Mercedes SL. 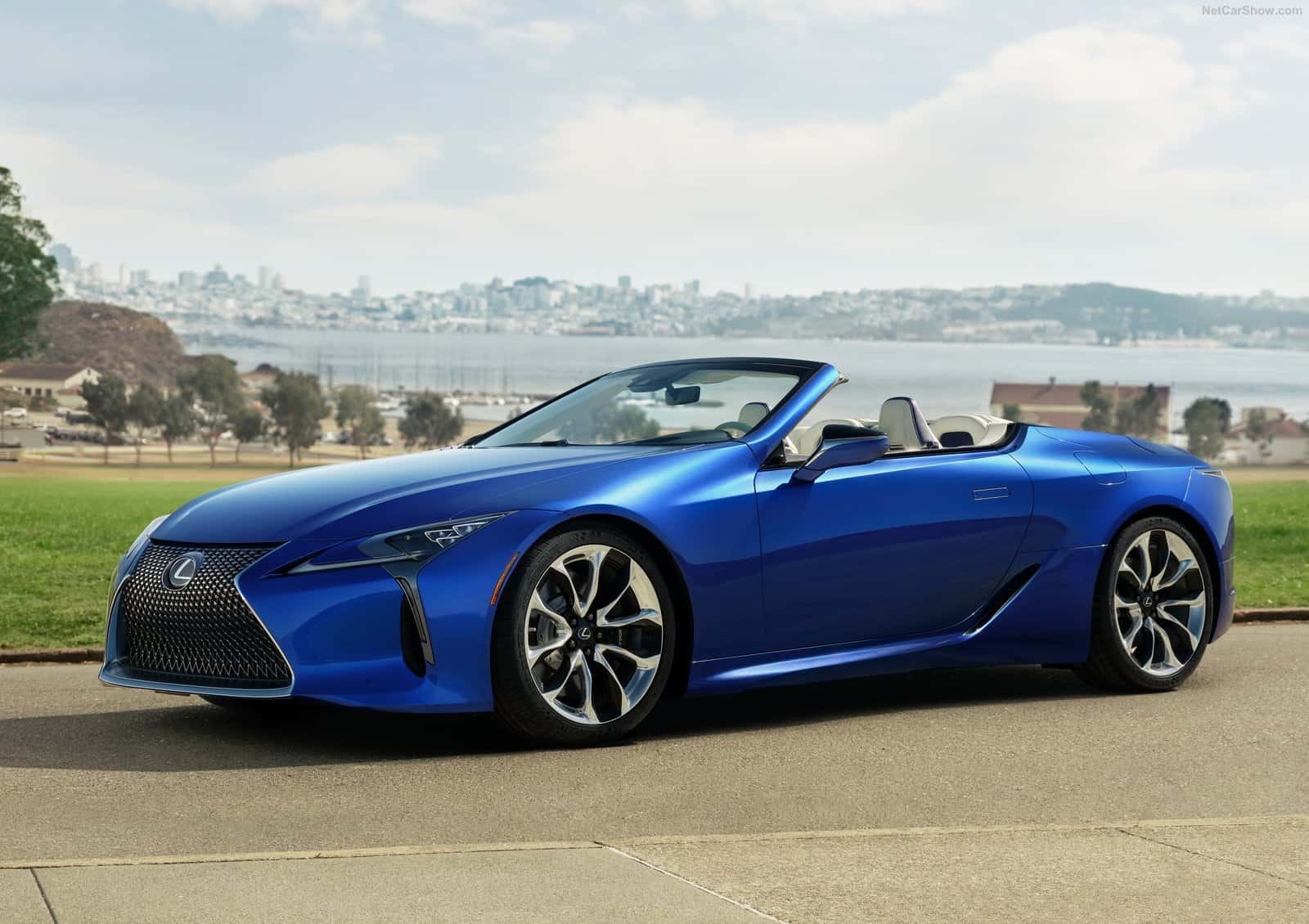 Lease pricing is yet to be announced, but the LC500 convertible is likely to cost more to lease than the coupe, which starts at £872.99.

The convertible gets a fabric roof which folds into the boot when not in use, but the rest of the styling follows that of the coupe. There’s a sharp design front and rear, split headlight units, a huge grille and intricately shaped bumpers. The raises and lowers in around 16 seconds at speeds of up to 31mph and consists of four layers to improve sound and heating insulation. 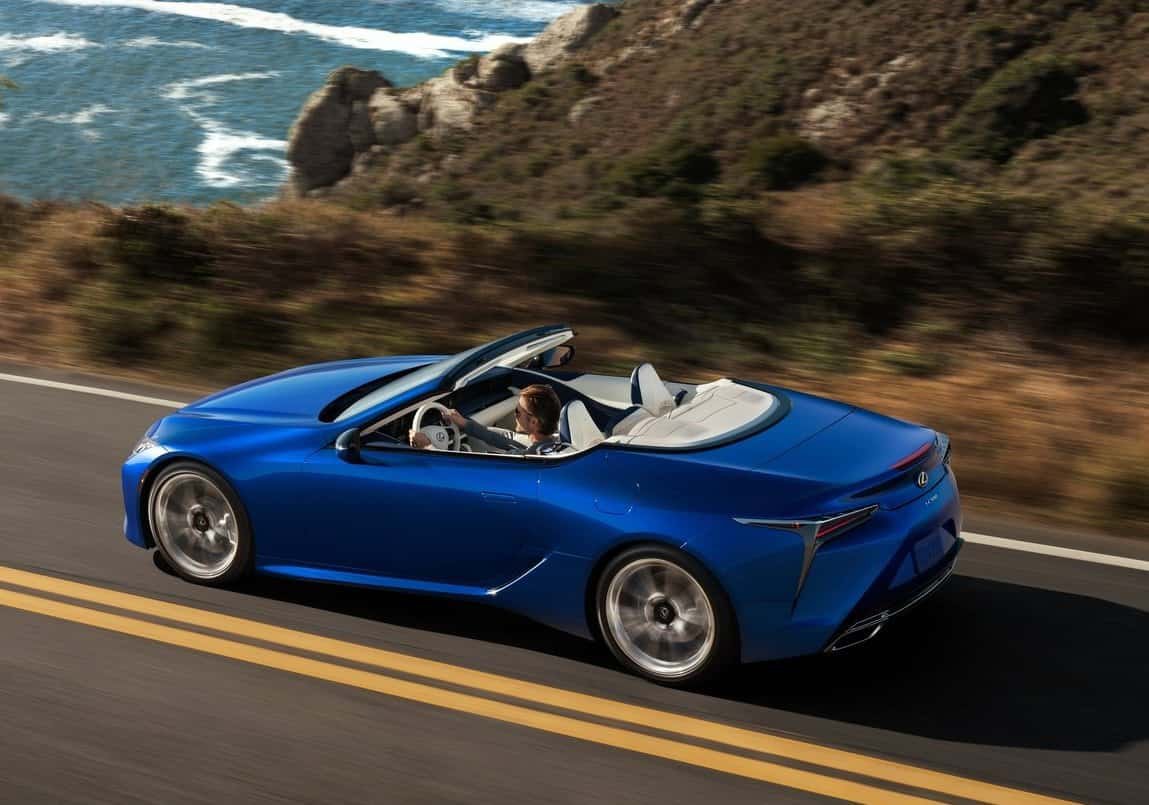 Like the Lexus LC coupe, the convertible uses a 5.0-litre V8 with 470hp. Final performance and economy specs are yet to be published, but you can expect a 0-62mph time in the region of 4.5 seconds, fuel economy of around 24mpg and a top speed of over 160mph. When the roof is down, the active exhaust valves and a sound generator work to enhance the noise of the V8.

Lexus has revealed few performance figures or specs, but the convertible is expected to be a little heavier than the coupe as it doesn’t have a fixed roof. A fixed roof is an integral part of a car’s structural rigidity, but removing it to create a convertible requires extra strengthening of the chassis to avoid ‘scuttle shake’ – a phenomenon which sees excessive flexing of the body. 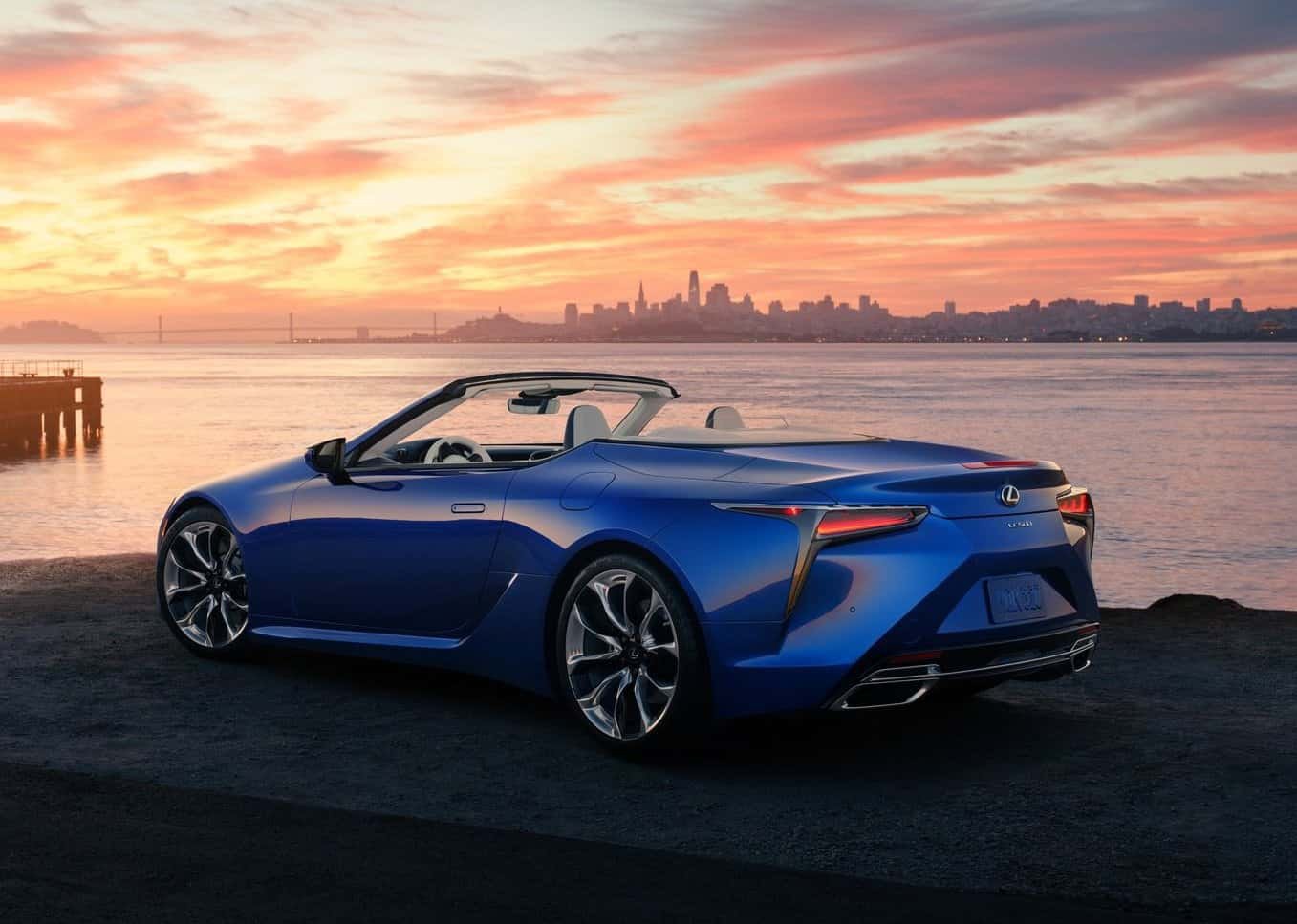 The Japanese company says the convertible is as rigid as the coupe, and that the additional bracing of the chassis is made from aluminium to reduce the extra weight. Despite that, the convertible is still likely to tip the scales at over 2,000kg. 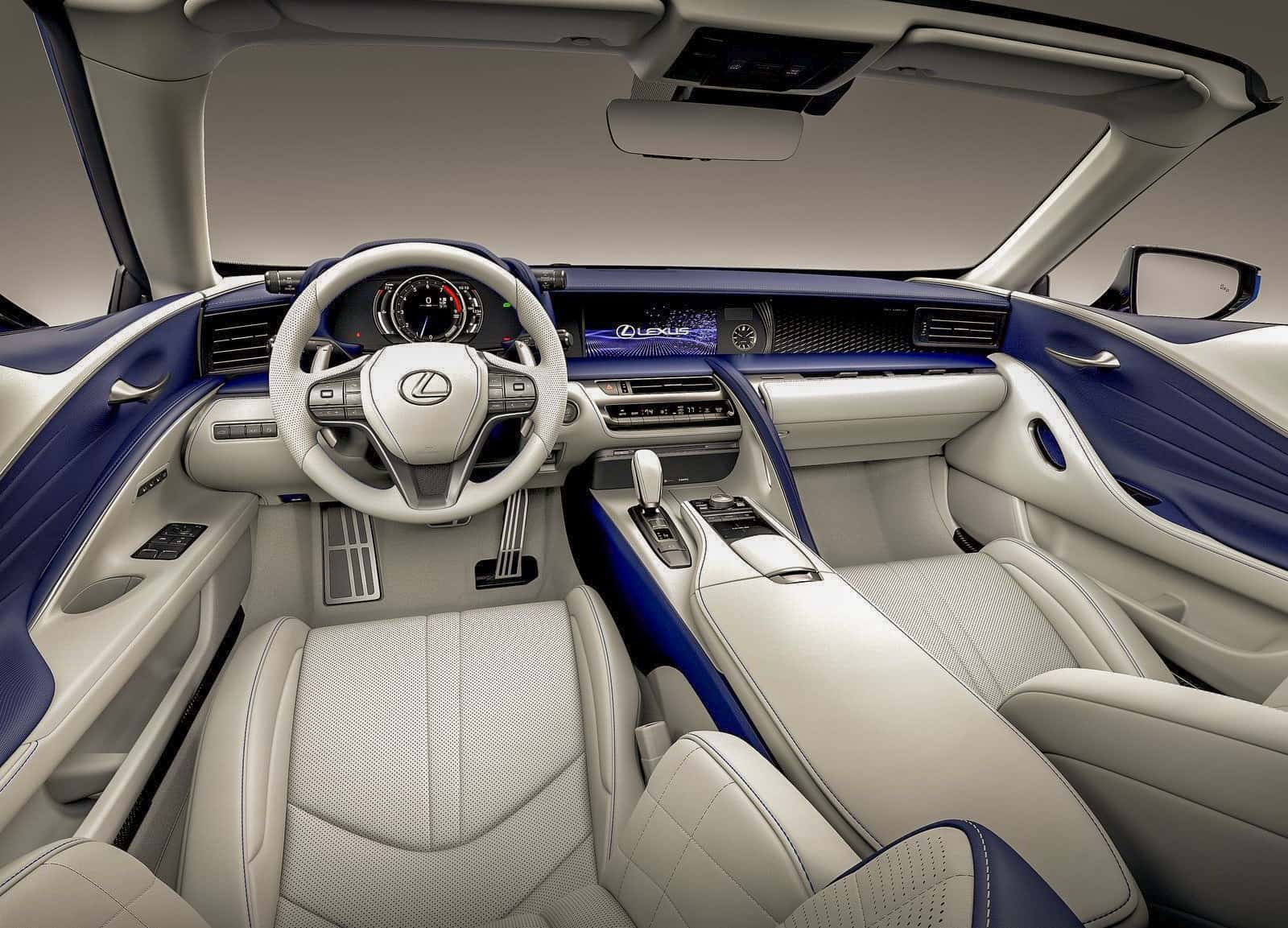 The flagship Lexus also comes with a ‘Climate Concierge’, which can automatically control the temperature inside the car by using the air conditioning, heated seats, heated steering wheel and even neck heaters in the seats. As a result, LC500 convertible owners can have the roof down in the coldest weather, should they wish. 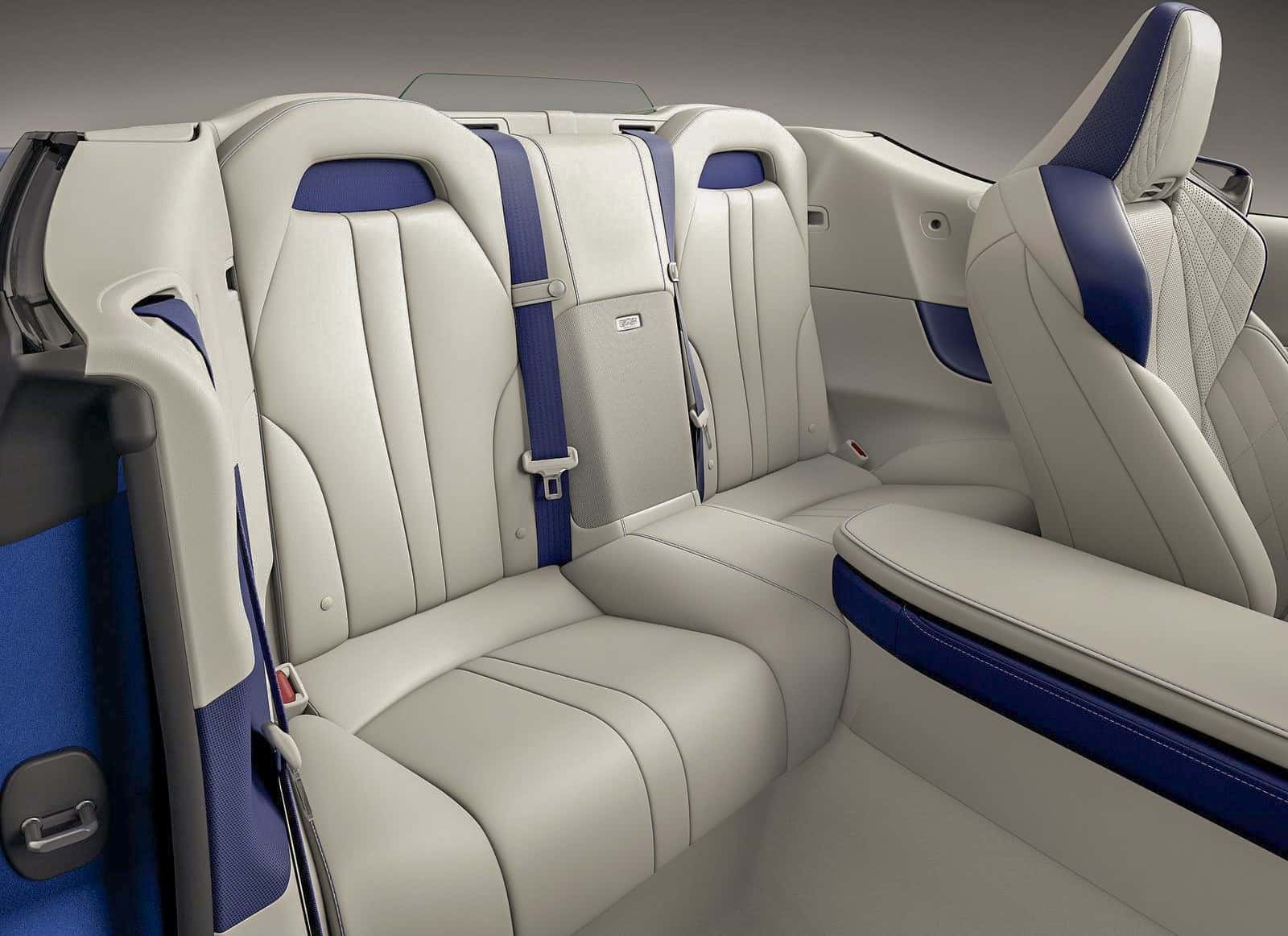 Lexus has revealed a refreshed version of its flagship RX SUV. Changes...