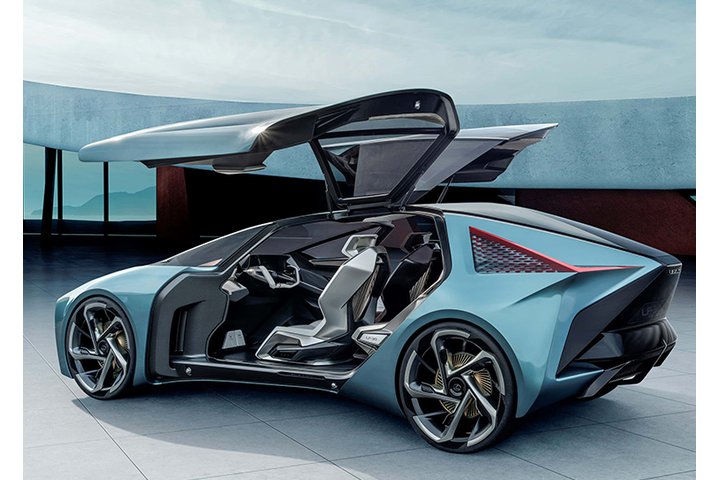 ➤With chiselled styling, a fully electric powertrain, in-wheel motors and a little flying worker bot living in the boot…this is Lexus' vision for the future. And we love it!

Earlier this year Lexus celebrated its 30th anniversary, and this week at the 2019 Tokyo Motor Show, the Toyota-owned marque looks forward with the debut of the LF-30 Electrified concept vehicle. The concept, according to the automaker, embodies the ‘Lexus Electrified’ vision that will define the brand's future powertrains, driving feel and design. 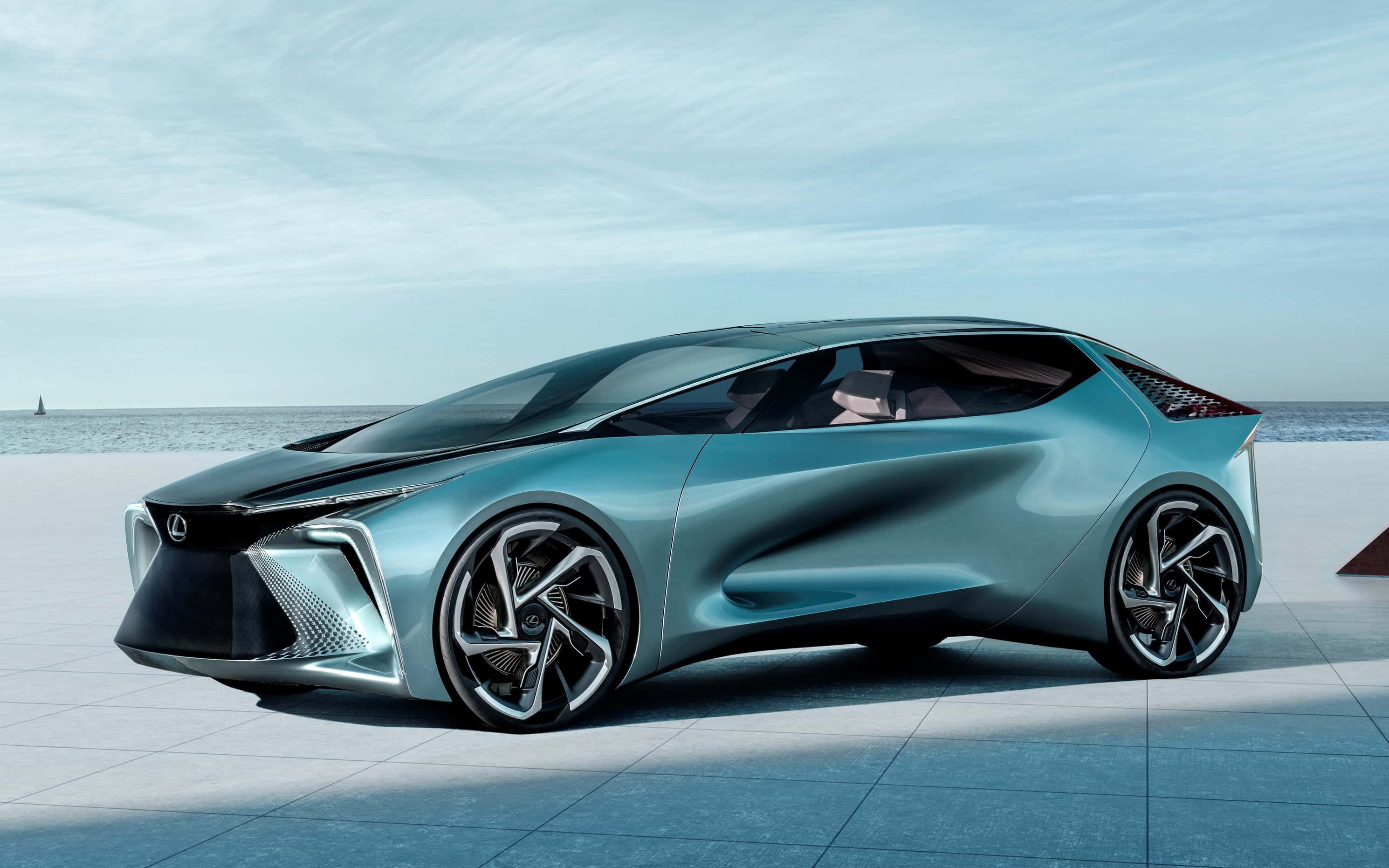 The concept is motivated by a quartet of electric motors, each of which is housed within a wheel. Working in concert, they generate a peak 536hp and 700 Nm of torque. That's enough thrust to motivate the 2,300kg concept to 62mph from a standstill in just 3.8 seconds. Not too shabby at all.

Much of that mass comes from the 110 kW/h lithium-ion battery pack mounted beneath the LF-30's floor. Lexus is claiming 311 miles of cruising range between charges on the WLTP standard. One hundred and fifty kiloWatt wireless charging technology and A.I. based energy management promise to simplify charging, coordinate charging schedules with the owner's schedule and smartly distribute electric power for both the vehicle and the home. 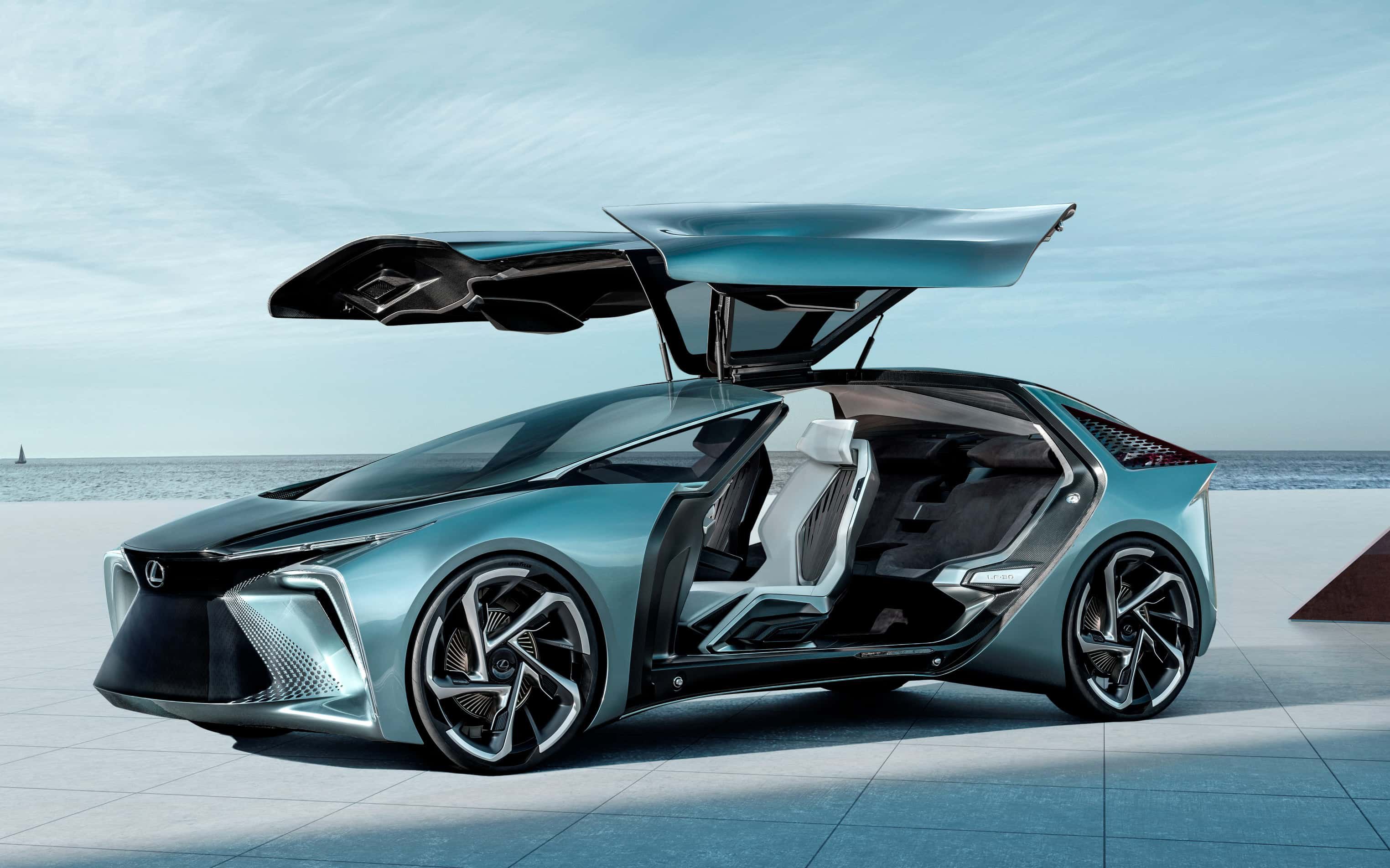 Like most EVs, the low-slung battery and the resultant low centre of gravity, promises to aid driving dynamics. Lexus also claims that intelligent use of the concept's steer-by-wire system allows for a more flexible steering feel that adapts to driving conditions and the driver's intention. The concept also makes use of the Lexus Advanced Posture Control vehicle dynamics technology via its four independent electric motors to further customize and shape driving feel.

If there is such a thing as an ‘envelope of exterior EV design’, then boy…just look at that envelope go! The LF-30's aesthetic builds around the architecture of its in-wheel motors and lack of a conventional engine bay with an aggressive and aerodynamic shape.

The concept features a massive glass roof to create a connection between passengers and the environment around the vehicle. Meanwhile, the side window glass features adjustable opacity, allowing those passengers to balance openness with privacy. The profile is punctuated by the weirdest tail lamps pretty much ever, mounted where you'd expect the rear quarter glass to be and wrapping around to the pointed rear of the vehicle. 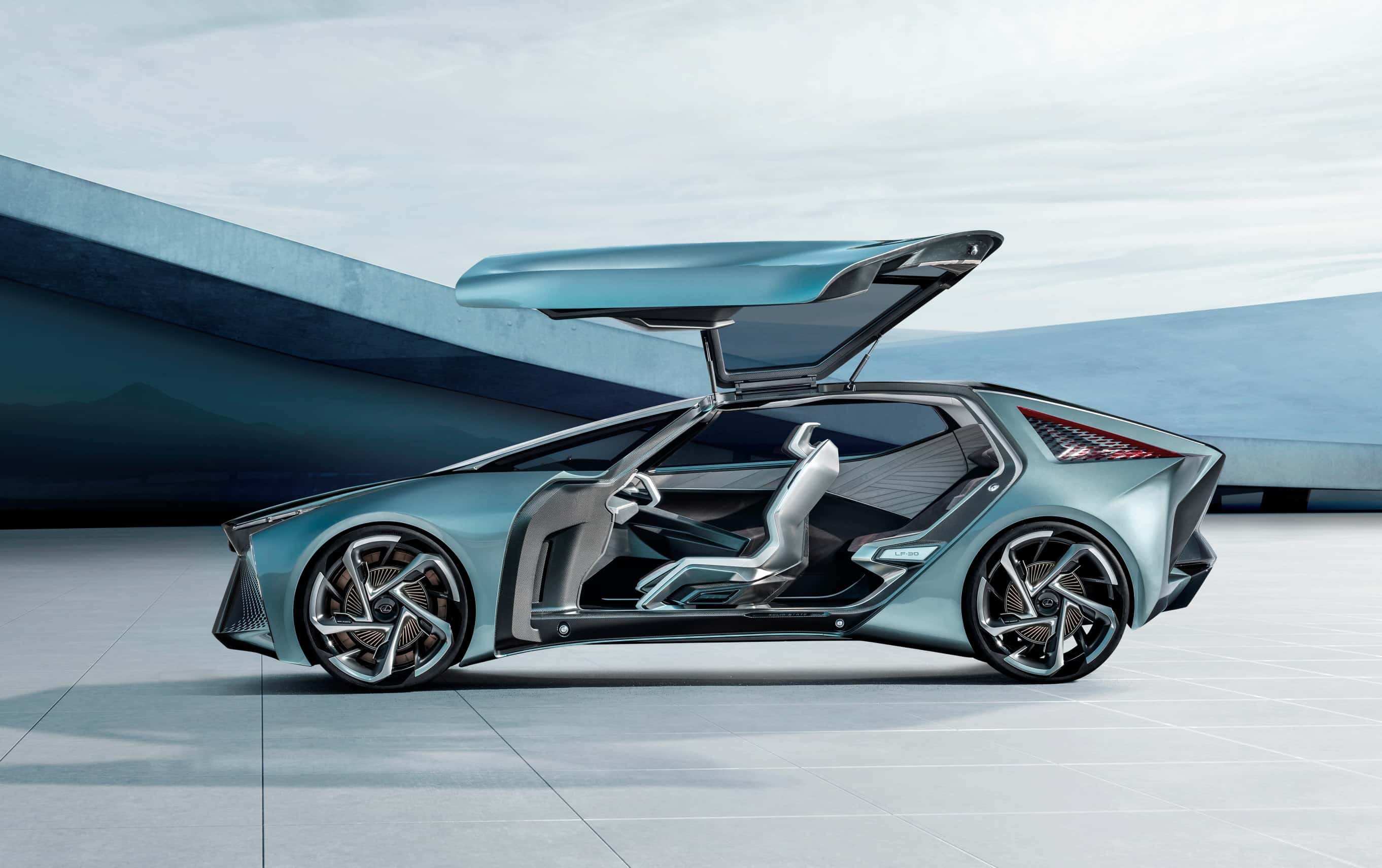 Raising the LF-30's dramatic gullwing doors reveals the automaker's vision for tomorrow's cockpit, revealing a yoke-style steering wheel surrounded by wrap-around displays and a large augmented reality head-up display. The front passenger gets their own wrap-around screen while rear passengers interact with their own augmented-reality interface projected onto the gesture-controlled ‘SkyGate’ glass roof. Somewhat naturally, the concept features autonomous driving with the front seats reclining into a first-class airline seat configuration and the steering yoke retracting into the dashboard. LF-30 Electrified is outfitted with Lexus Teammate chauffeur mode for self-driving, summon and self-parking technology and Guardian mode driving-assist tech, at least in concept. And when the driver is ready to seamlessly transition back to human-piloted driving, the steering wheel can be summoned from its hiding place in the dashboard with a gesture. 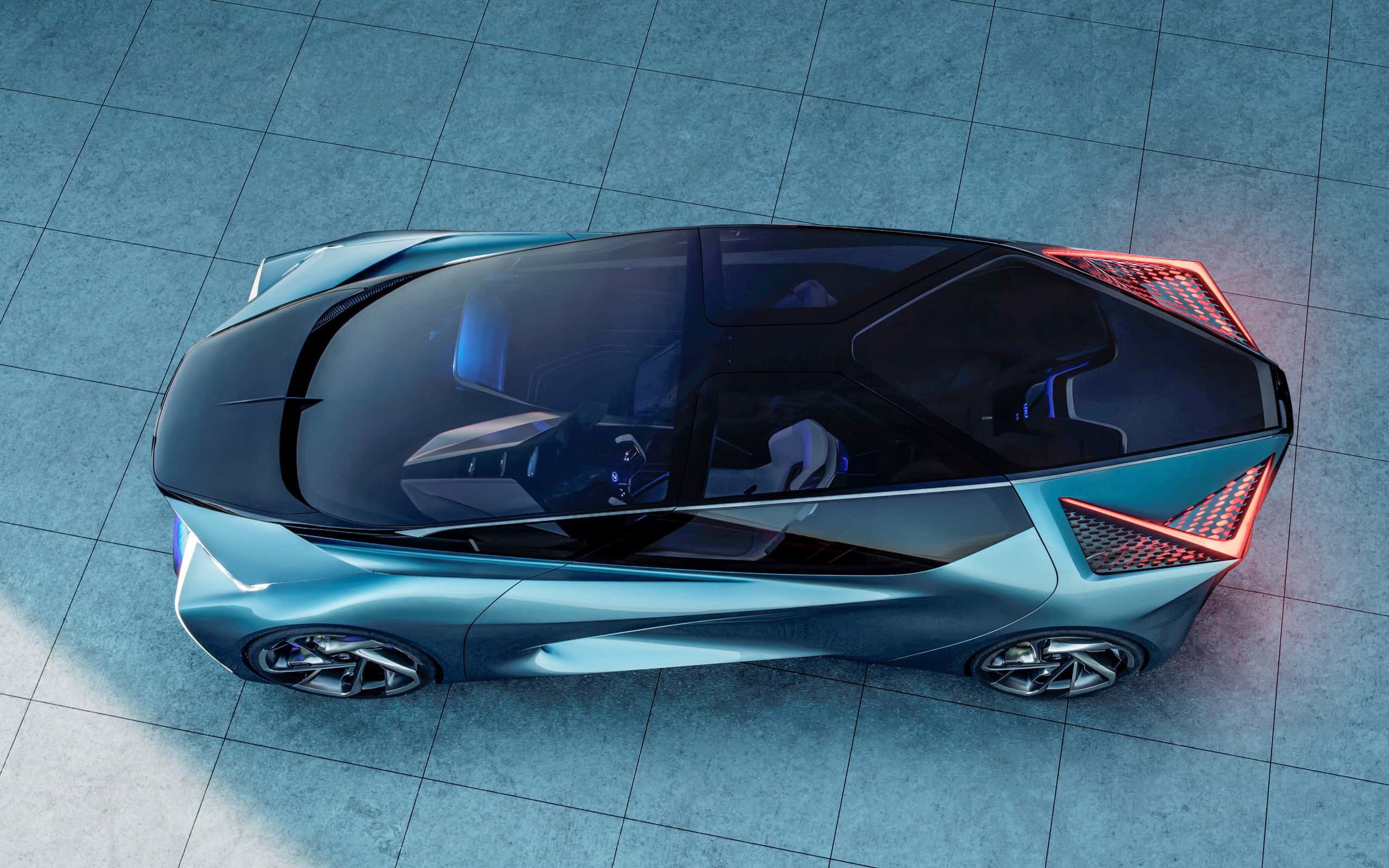 Perhaps the most conceptual bit is the 'Lexus Airporter' drone-technology support vehicle residing in the boot of the vehicle that can autonomously carry out tasks like carrying luggage from the vehicle to the doorstep or other cargo-related tasks. Lexus tells us that the drone is based on technology developed for its ‘Slide’ hover board concept, which is to say it's probably not anywhere near real-world practical. However, the idea of a little floating bot that is sworn to carry your burdens seems right in line with Toyota and Lexus' robotics and mobility initiatives catering to elderly and variously abled drivers.

LF-30 Electrified gives us a peek at the direction that Lexus is steering towards for the next 30 years. It's electric; it's highly automated and sharply styled. In the near future, the Japanese luxury automaker will start to integrate elements of the design and technologies from it into its production cars, with a goal of electrifying its entire line-up by 2025, with its first battery-electric vehicle expected to be unveiled sometime next month.