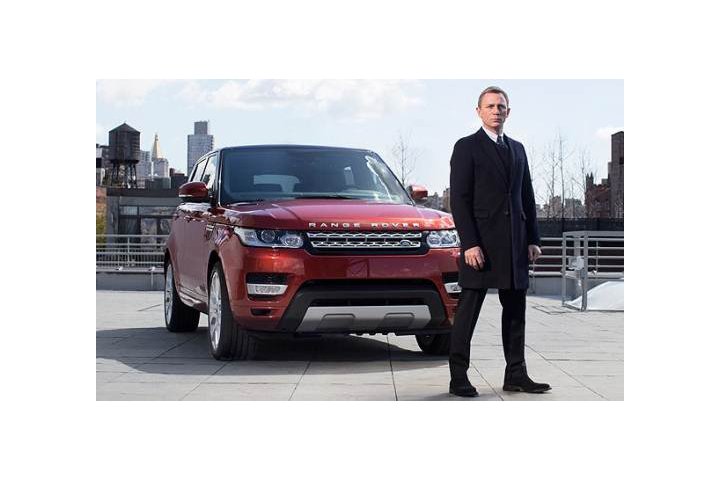 Craig’s star drive was the noteworthy closing scene in a film that was being made to mark the car’s launch, which aired live online as the new Range Rover Sport was being unveiled across the streets of Manhattan. The mini movie, entitled ‘The Delivery’ (and rightly so, we reckon!) features Daniel Craig as the driver who has to deliver a package.

Three guesses for what that package may be? Yup it’s the Range Rover Sport. The miniature motion picture was directed by P.B. Taylor who has impressive directorial compositions under his belt like The Spiderman Movie, Fast & Furious and Die Hard. Set for worldwide release in August of this year, the Range Rover Sport is reportedly priced at £51,550. The all new second-generation Range Rover sport has a top speed of 155mph; it can go from 0-62 in 5 seconds and is 8% more aerodynamic than its predecessor.

A spokesperson for Range Rover described the new model as “a representation of a step change in engineering and technology; it is almost half a tonne lighter resulting in significant CO2 savings and it’s faster, more agile and more dynamic than ever.” Here at Leasing Options, we are proud to offer you an extensive range of car leasing models. Our various car models come in an array of styles and colours to suit anyone’s taste, so whether you are looking for a business car lease or a personal car lease, Leasing Options are sure to have the perfect car for you.