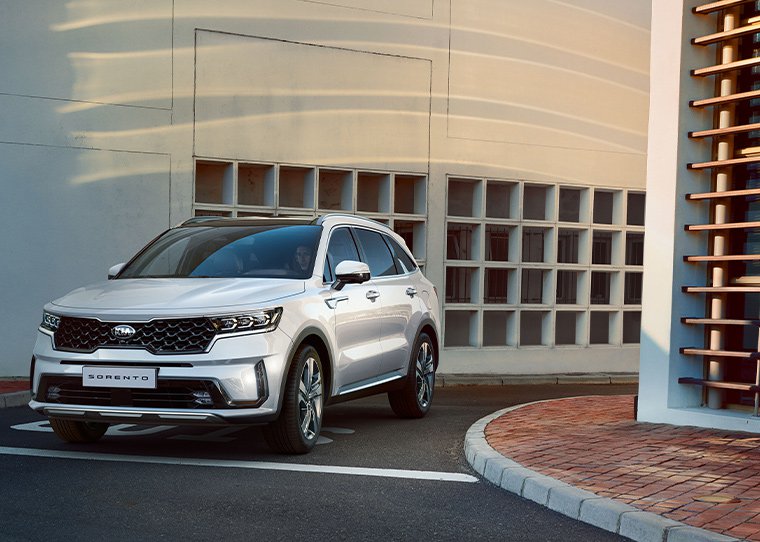 The first official images of the 2020 Kia Sorento have been released prior to the vehicle’s Geneva Motor Show world premiere next month. KIA UK has released the first official images of the all-new Sorento SUV ahead of its full reveal at the Geneva Motor Show next month.

The fourth-generation KIA Sorento looks drastically different than its predecessor and has a far more striking appearance. The front of the new model is particularly bold thanks to the presence of the marque’s ‘tiger nose’ grille that flows seamlessly into the headlights and LED daytime running lights. Elsewhere, KIA says it has stretched the wheelbase of the new Sorento while also shortening the front and rear overhangs. The sides of the SUV are also particularly eye-catching thanks to sharp rear side windows and a decorative piece of silver trim on the C-pillar, first deployed on the handsome ProCeed shooting brake. At the rear are split tail lights, a spoiler stretching off the roof and prominent ‘Sorento’ badging. KIA also released images of the vehicle’s redesigned and luxurious-looking interior. Pride of place atop the centre console is the large 10.12-inch touchscreen infotainment system while beneath it are manual aircon and heating control knobs. Drivers can also enjoy a 12.3-inch digital gauge cluster. Also visible is colourful ambient lighting and two-tone leather trim, although that is unlikely to be available across all trims. The South Korean car manufacturer has yet to announce trim grades and technical details for the 2020 Sorento and as such, engine details and transmissions remained unknown. We expect to have full UK-specific details on the all-new KIA Sorento ahead of its global debut in Geneva on March 3rd.