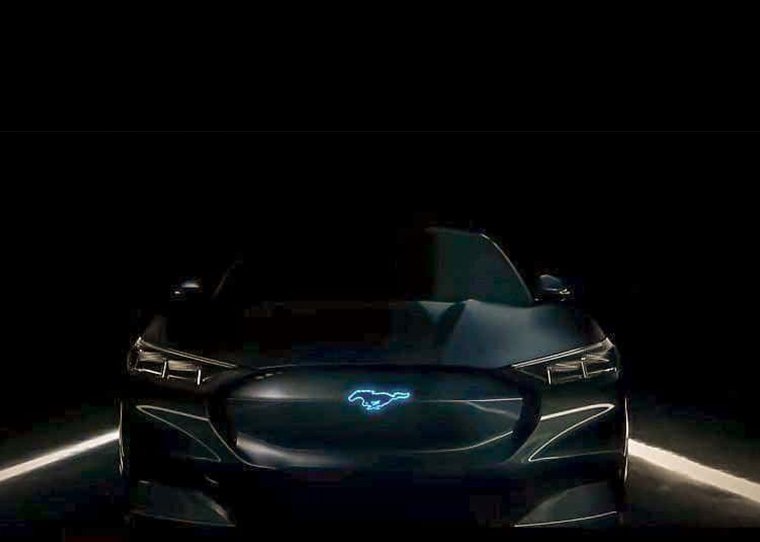 The Mustang-based all-electric SUV will be officially unveiled on 18 November ahead of its public debut at the LA Motor Show.

Ford has previewed its forthcoming Ford Mach 1 electric SUV with a teaser image. The image shows a silhouette of the car’s shape and text beneath it confirms it’ll be revealed in the early hours of Monday 18 November 2019, ahead of its public debut at the LA Auto Show. 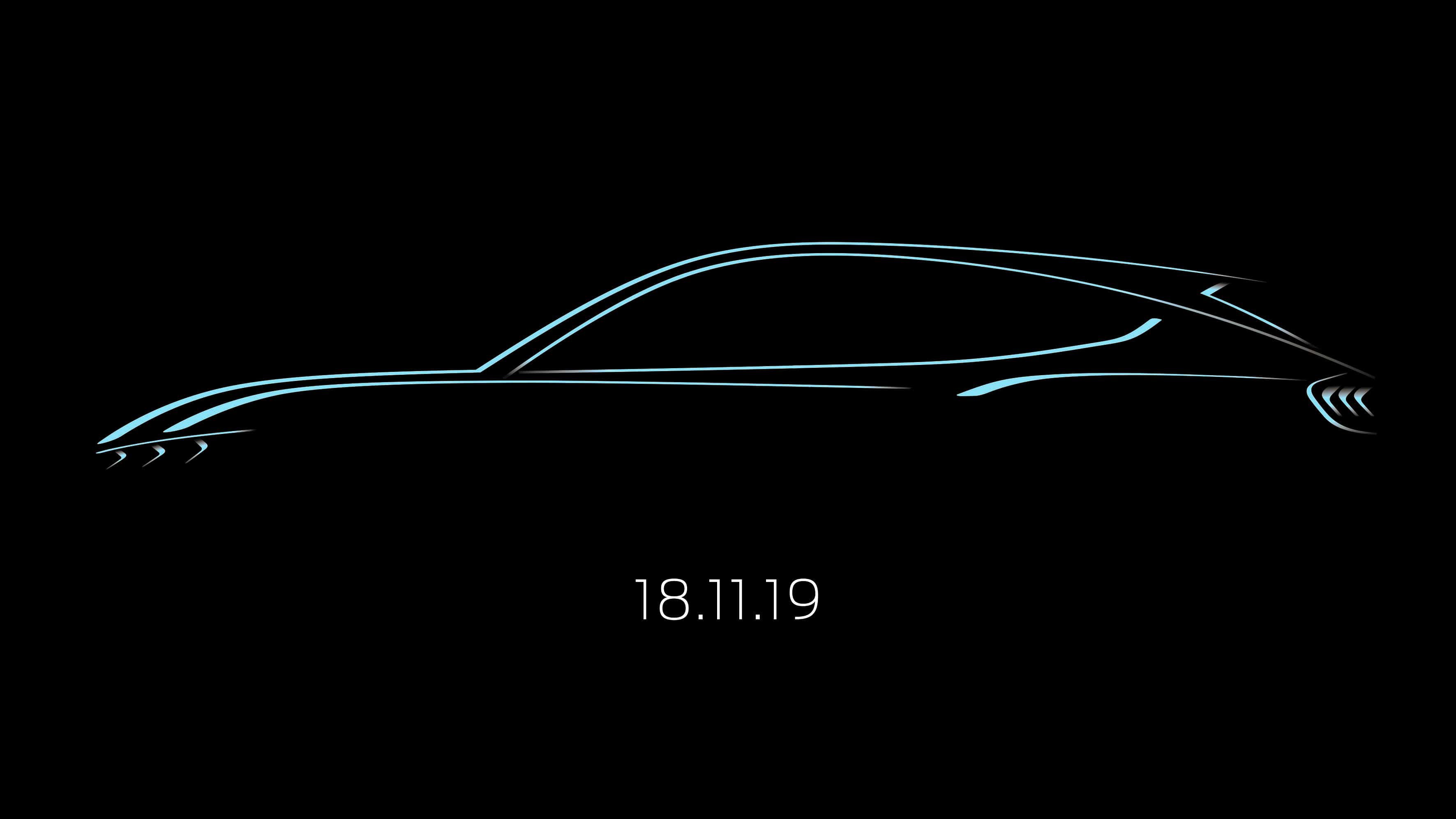 The designer’s sketch illustrates few precise details about the car, but it has a window-line that’s reminiscent of the Ford Mustang coupe and the classic Mustang-inspired vertical brake light clusters. It’ll also get a sloping bonnet and a low nose with new headlights, plus flared rear wheel arches and a prominent boot spoiler.

Ford has previously revealed that its upcoming Mustang-based electric SUV will offer up to 370 miles of range on a single charge. Anticipated by many to be called the ‘Mach 1’, the eSUV will be revealed later this year before arriving in dealerships in 2020.

The company has revealed details of its next electrified models, including mild-hybrid models of the Ford Fiesta and Ford Focus, an electric Transit van, a plug-in hybrid version of the new Kuga, and this Mustang-based electric SUV. The range of up to 370 miles is considerably more than Ford first suggested and trumps the ranges offered by the Tesla Model X, Mercedes EQC and Audi e-tron. 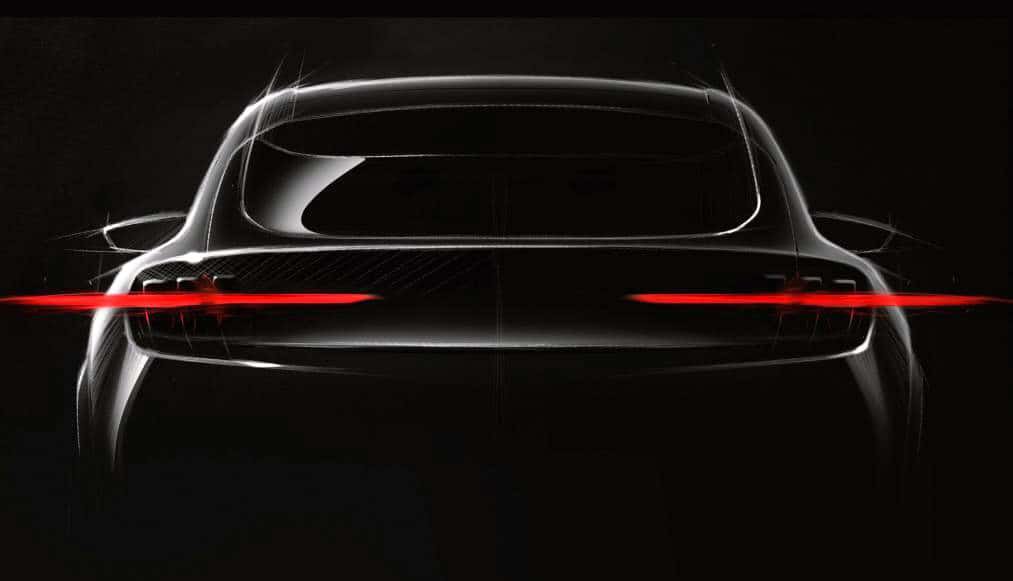 The 370-mile range was achieved on the WLTP emissions testing cycle. This test is stricter and closer to real-world driving than the old NEDC test, so these figures should be representative of what can be achieved. Somewhat naturally, planting your right foot to the floor to explore the Mustang-like performance will reduce the available range.

Ford has remained tight-lipped about any performance details, but we’d expect 0-62mph to be dealt with in around four to five seconds. It has been revealed that the Mustang eSUV will offer fast-charging capability, so you’ll be able to recharge to 80% in around 30 to 40 minutes. Besides these two teaser images, we’re yet to see what the car will look like; the first teaser only showed the three-slat rectangular tail-lights - an iconic design touch - and a sloping, coupe-like shape.

A few months ago, Ford applied to trademark both ‘Mach E’ and ‘Mach-E’. While the company is remaining tight-lipped about potential uses, it’s likely that both formats are possible names for the new electric SUV. Initially, Ford was considering a return to the ‘Mach 1’ moniker used for special-edition Mustangs in the 1970s, but the idea wasn’t too well received by Mustang enthusiasts.

Ford has set up a 200-strong internal group called ‘Team Edison’, which is tasked with accelerating Ford’s autonomous and electric vehicle programmes. Up until now, Ford has been left behind by rivals offering electrified cars, but the company has ploughed £8bn into research and development of EVs and hybrids. As many as 40 electrified Ford models are planned by 2022 globally, including 16 fully-electric cars.