The new car was revealed at an event in Los Angeles. It’s Ford’s first electric car and offers a claimed range of up to 370 miles. From launch, there are three specs from which to choose: the base Mach-E, the Mach-E AWD and the Mach-E First Edition.

As standard the Mach-E comes with 18” Alloys, wireless smartphone charging, smartphone integration to be used as key for the vehicle, heated seats and adaptive cruise control. 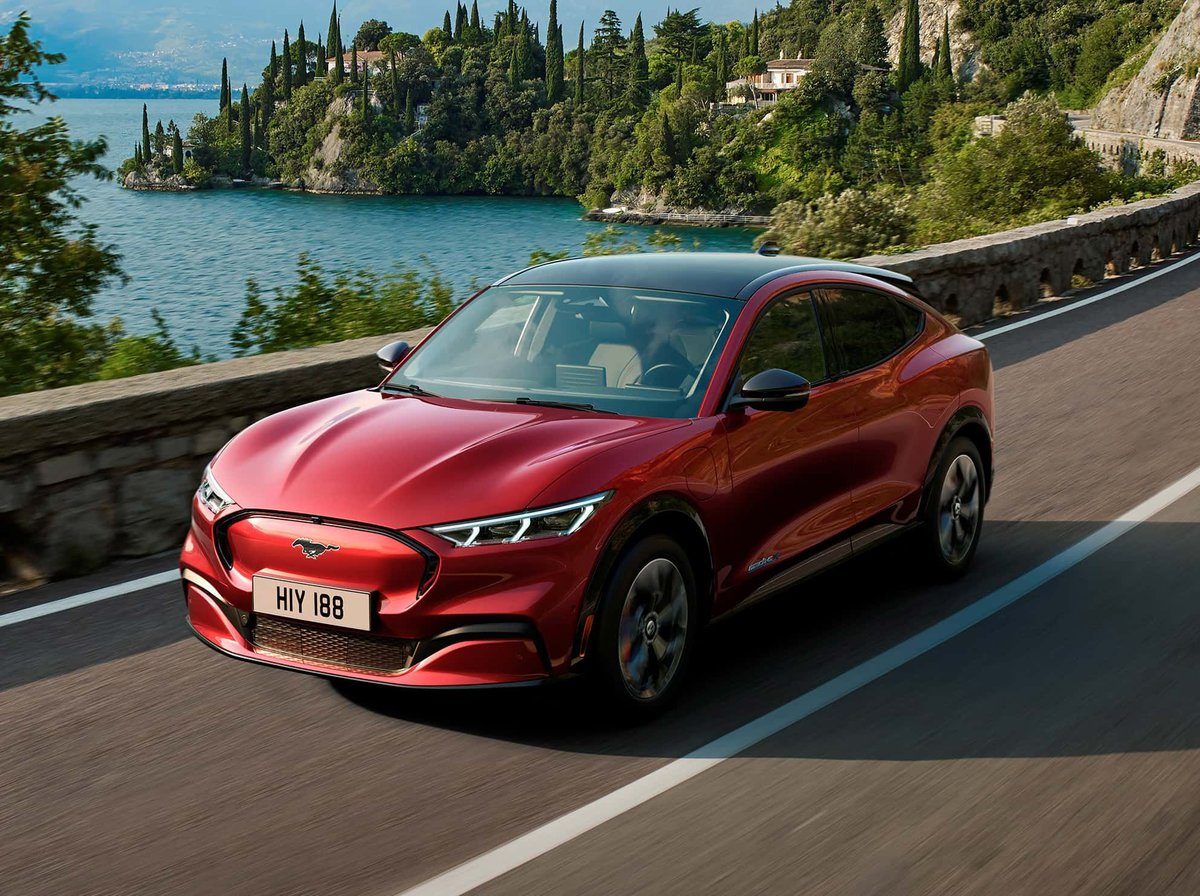 It’s worth noting that some features (such as a hands-free tailgate and advanced park assist) are available on lower trims if you spec the Extended Range models. 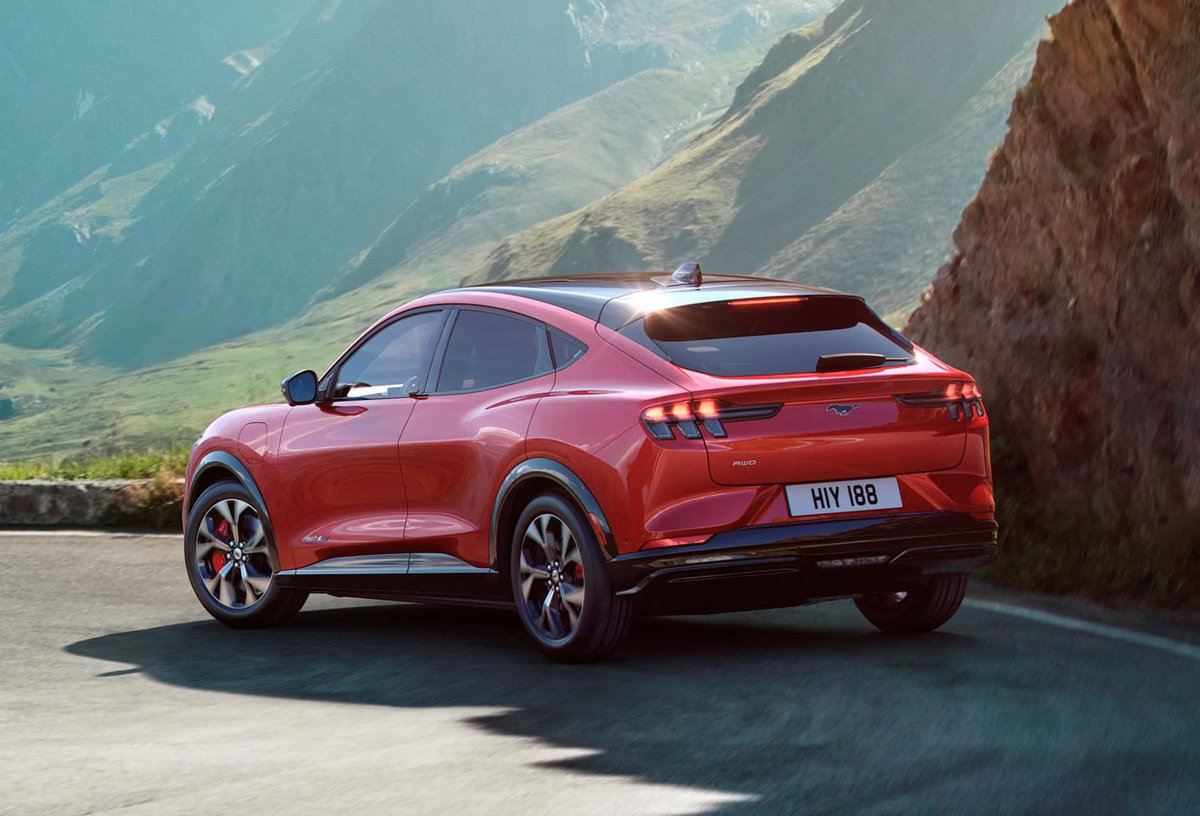 While part of the Mustang family, the Mach-E gets new styling touches not seen on the petrol-engined coupe.

The headlights on the Mach-E are sharper and more piercing compared to the coupe stable mate. There’s still an essence of a grille at the front too but this time its body coloured with a centralised Mustang logo.

Ford have worked hard to keep all aspects of ‘Mustang’ with the Mach-E, featuring a reworked interpretation of the three vertical taillights and a swooping silhouette that gives the coupe look that helps the Mach-E follow the regular Mustang gene pool. 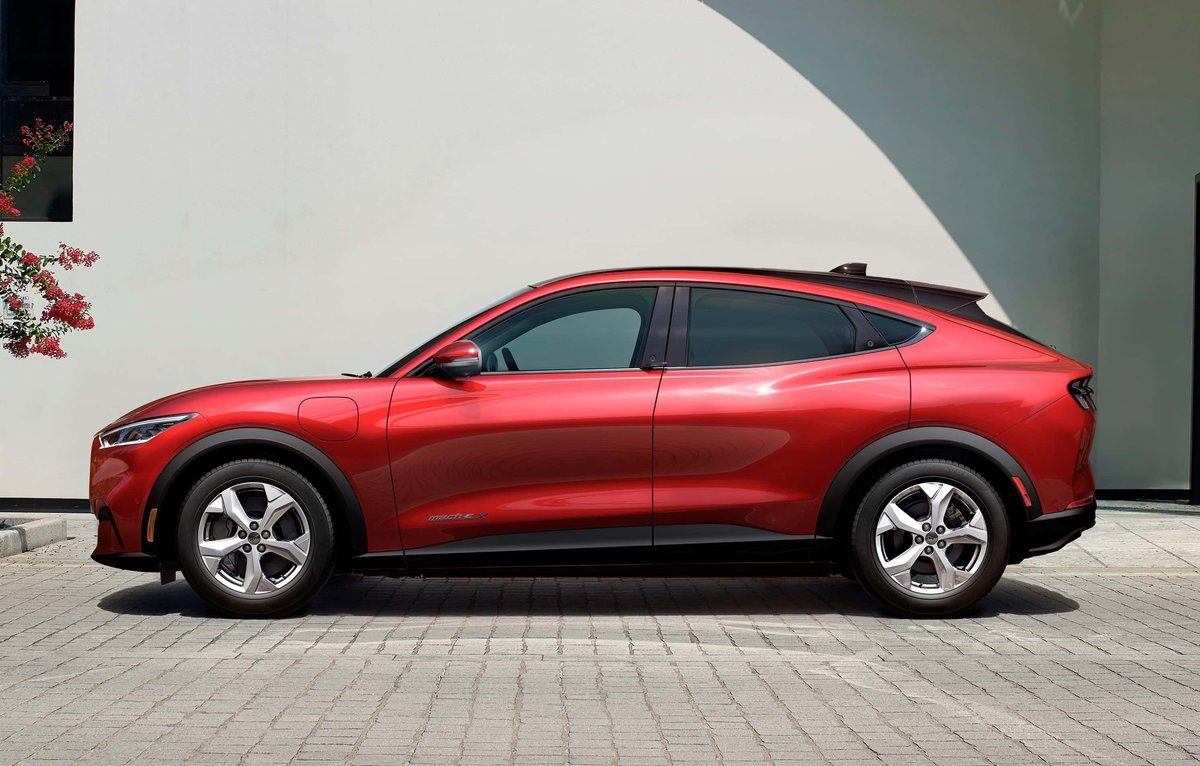 Sit inside the Mach-E and you’ll instantly notice a different vibe, with a modern looking interior and something completely different to the Mustang coupe. Following the current trend of large touchscreen infotainment systems, the Mach-E has a 15.5-inch portrait display, which also controls a lot of the cars features. A slim 10.2-inch digital screen takes the place of traditional dials behind the wheel. 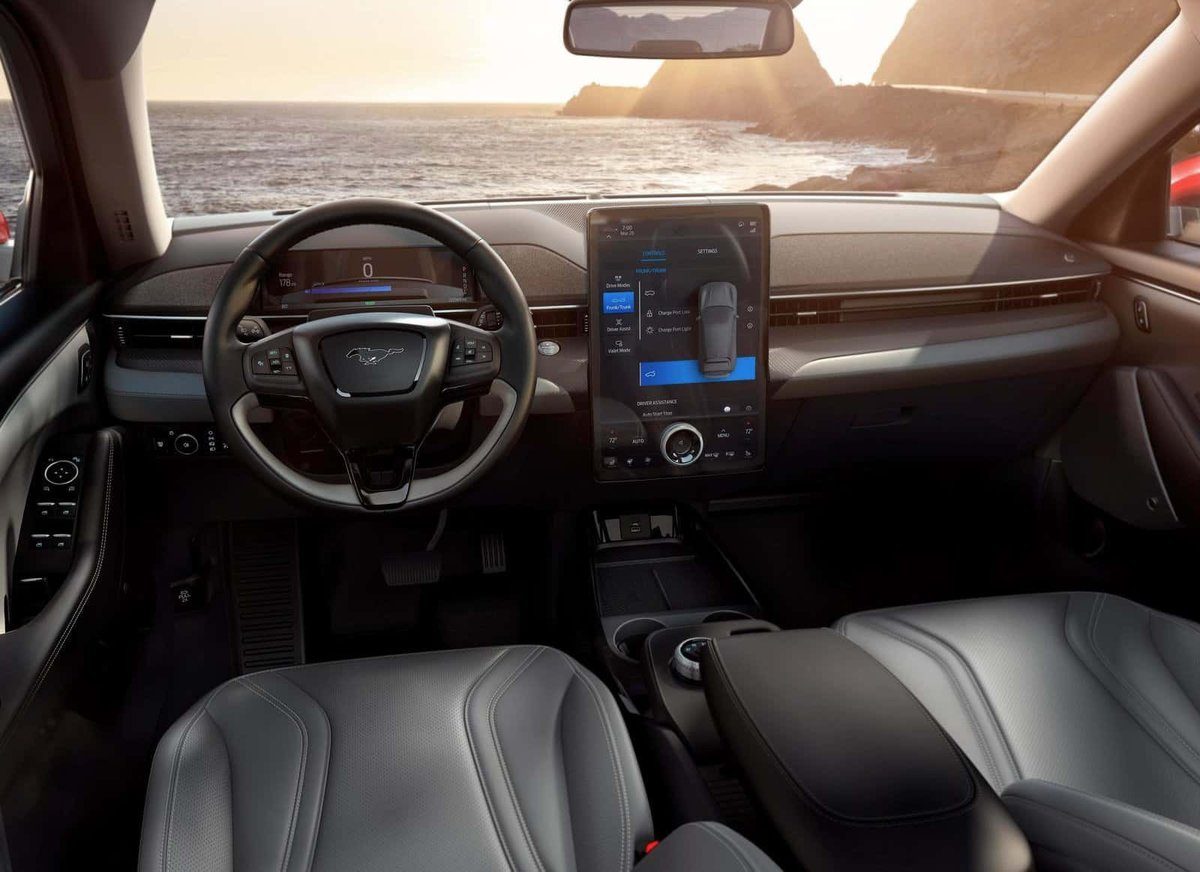 There are two battery sizes available. The 75kWh offers 254bhp and the 99kWh comes with an option of 281bhp or 332bhp. Depending on the model, you can expect between 260 miles (AWD models with the 75kWh battery) and 370 miles (base RWD model with the bigger battery) of range between full charges. 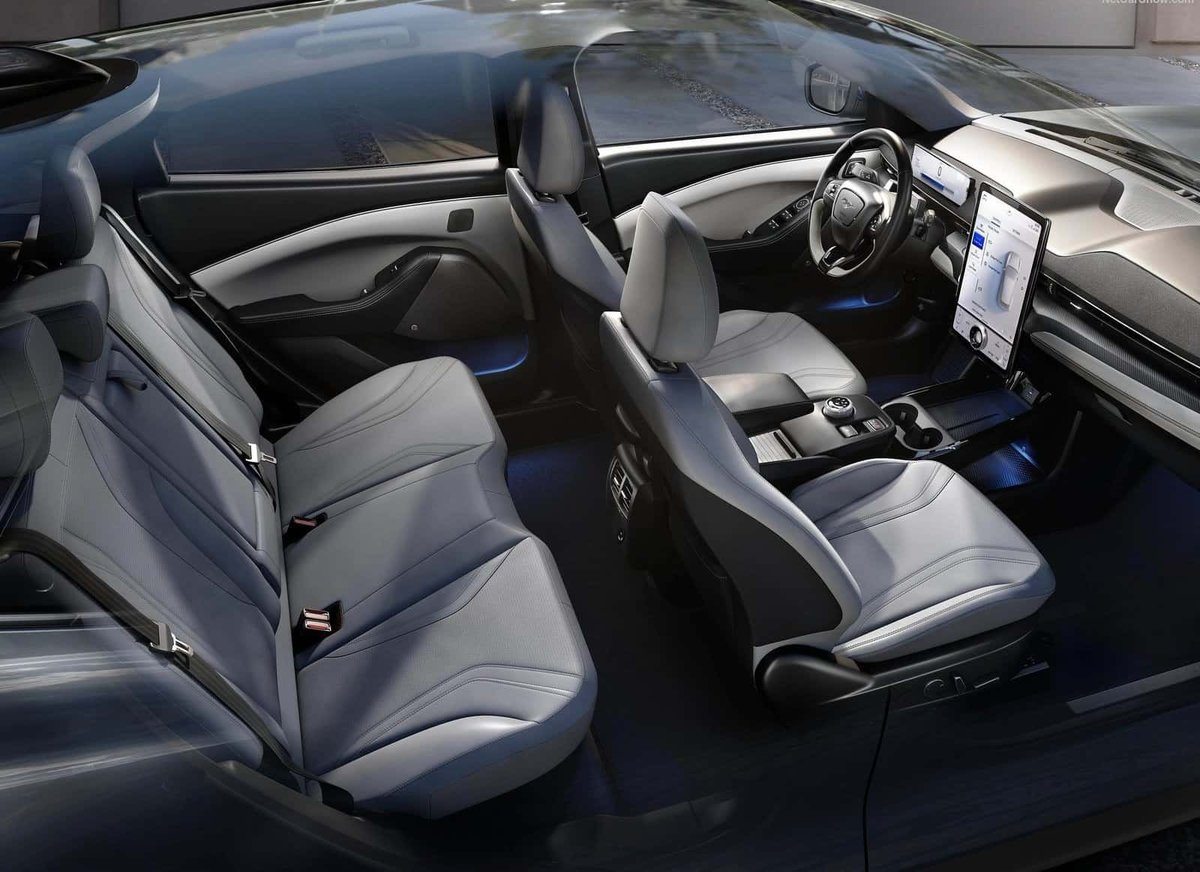 Ford will supply two cables to allow charging from standard three-pin chargers and public chargers and can also order a wallbox for 11kW charging at home. All versions come with DC fast-charging capability as standard. The 75kWh battery can take up to 130kW, while the 99kWh battery can use chargers rated at 150kW. Recharging of the batteries from 10 to 80 per cent capacity takes 38 and 45 minutes respectively.

The Mach-E has 100 litres of front storage under the bonnet in place of an engine, this storage compartment is designed for the dirtier items being fully washable and drainable. The boot has a capacity of 402 litres expanding to 1,420 litres with the rear seats folded flat.