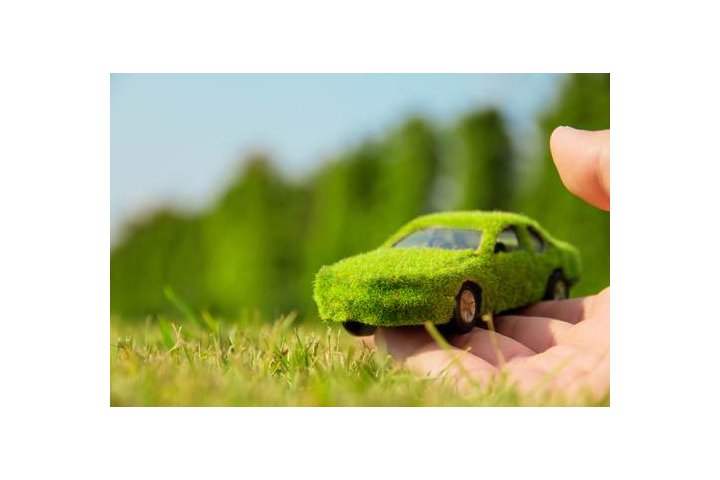 Five Of The Most Exciting New Eco Cars

If you considered yourself a "petrolhead", what good were cars that didn't always need to use petrol?

Even so, it didn't take long for electric and hybrid vehicles to shake off their goody two-shoes image. Today, the fossil fuel-saving technology is embraced by even the sportiest car manufacturers. Not just for the purposes of economic driving but to create incredibly powerful, forward-thinking sports (and super) cars. Vehicles such as the McLaren P1, Porsche Panamera S E-Hybrid and Tesla Model S are already on our roads. But what other fuel-sipping eco cars have really got us excited?

BMW was quick to explore the possibilities of eco cars and has been testing electric and hybrid prototype cars for quite a few years now. In that time they have been able to develop some very sophisticated technology. Hot on the heels of the BMW i3 city car, the BMW i8 is a £100,000 plug-in hybrid coupe with the looks of a concept car and the performance of a sports car. Although it has just a small 1.5-litre petrol engine powering the rear wheels and an electric motor powering the front, the combined output is 357bhp, meaning 0-60mph in 4.4 seconds and a top speed of 155mph. This is combined with a quoted fuel economy figure of 135mpg and a theoretical range of 300 miles on a full charge.

The original Honda NSX famously developed with input from F1 racing legend Aryton Senna and was one of the most cutting-edge supercars of its time. After a long break (the last NSX was produced in 2005) a new model is on its way. Honda revealed that this latest version of the NSX will return in the middle of 2015 as a four-wheel drive, V6 petrol-electric hybrid costing in the region of £100,000. Power is expected to be at least 400bhp, with many expecting more.

Bentley is a brand more often associated with opulence rather than fuel economy but the manufacturer revealed that hybrid technology will be an option across its range from 2017. Although the first car expected to receive this technology is the £100,000+ Bentley SUV EXP 9, due on sale in 2016, Bentley showcased a Bentley Mulsanne hybrid concept at the Beijing Motor Show earlier this year. The company didn't provide any facts or figures but the concept featured the Mulsanne's regular 505bhp 6.75-litre V8 engine beefed up even further with electric motors and a claim of a 70% drop in emissions.

As part of BMW, electric and hybrid Minis have been developed at the same time as cars like the i3. This particular Mini – revealed at the 2014 Concorso d'Eleganza Villa d'Este – was created especially for the show by BMW in partnership with Italian coachbuilders Touring Superleggera. The Mini Superleggera Vision Concept features a hand-crafted aluminium body styled like a classic roadster, powered by a completely electric powertrain. Could it actually reach production? Mini bosses haven't actually said "no"...

With an eye-watering 875bhp, produced by a 4.6-litre V8 and two electric motors, the Porsche 918 Spyder is phenomenally quick: 0-60mph in 2.5 seconds, and 0-186mph in 20.9 seconds. This is combined with the ability to achieve 94mpg. Not that saving money on fuel is likely to be to be the biggest priority – the Porsche 918 Spyder cost around £715,000. Porsche is (appropriately) building just 918 units of the 918 Spyder, and deliveries started at the end of last year.

Is the Porsche 918 Spyder slightly out of your price range? Can't wait years for a concept to become reality? Leasing Options has got a great range of eco and hybrid cars available to lease, including the Nissan Leaf, Vauxhall Amera, Mitsubishi Outlander PHEV, BMW i3, Tesla Model S and more.