Even without the presence of a hot weather front in summer, many Brits do not understand all the facts connected to dehydration, the effects on our mental state and physical state too. From tiredness, loss of attention and focus, slower reaction times, muscle cramps and more, all these major dehydration symptoms are simply not being recognised by motorists, and if they are, they’re not acting quickly enough to avoid the avoidable.

New research has uncovered a worryingly high number of cases involving accidents that were caused simply by drivers not having enough water. 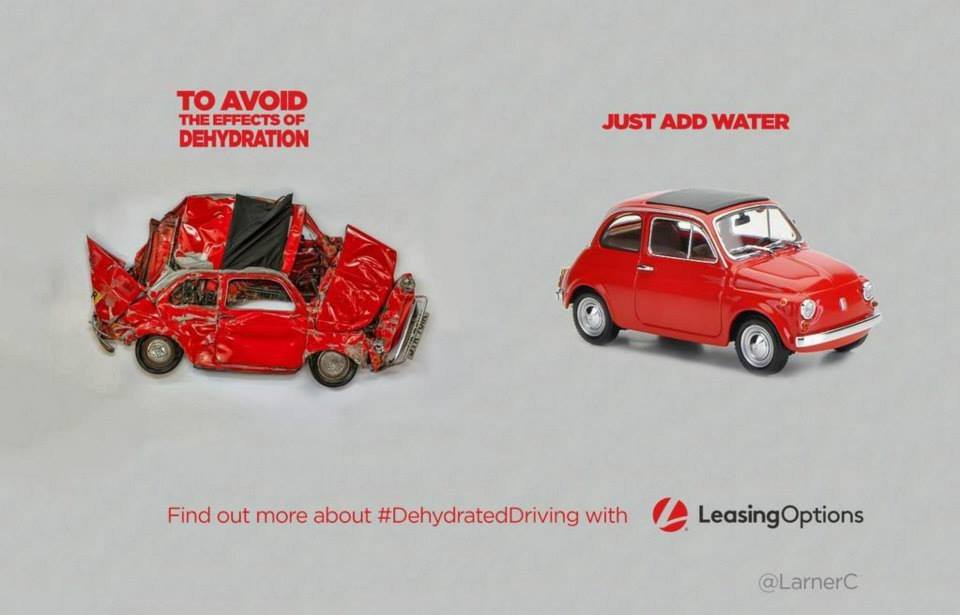 Leasing Options recently coordinated a survey of 1000 UK motorists, in a bid to discover just how much they knew about dehydrated driving. The results spoke for themselves as many believed that driving under the influence of alcohol was far worse.

68% of accidents on UK* roads are accredited to driver error, where taking the prerequisite measures of being properly hydrated before any journey could so easily reduce this figure.

“Showing caution and drinking more water will not only have a positive effect on the body but will also ensure motorists stand a far greater chance of reaching their destination safe and well,” said Mike Thompson, Leasing Options Brand Manager.

“When starting your car, ready for the morning commute, you may not think drinking an extra glass of water before leaving the house would affect your driving abilities, but you would be wrong.

“So, make it your prerogative and try carrying a water bottle in the car or have an extra glass of water at the beginning and end of your working day to avoid dehydrated driving.” 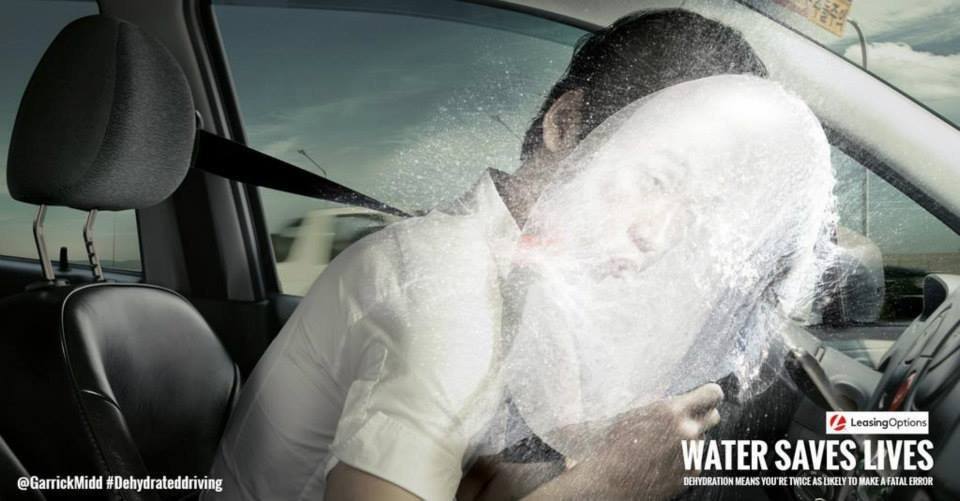 Bringing the dehydration driving issue into stark context was possible when a recent study carried out by Loughborough University into the effects of being dehydrated behind the wheel saw that even a mild form of dehydration is actually the equivalent to being over the limit when calculating errors in driving.

Our Capital City and second largest city, London and Birmingham, exited the poll at the top of the list for dehydrated driving awareness with 62% and 67% (respectively) of drivers admitting that they were aware of the risks of not consuming enough water.

The survey presented some interesting results with less women than men realising the dangers of dehydration. Even amongst those that realised the risks, a worrying 43% of driver still admitted to not carrying appropriate amounts of drinking water with them on longer journeys. 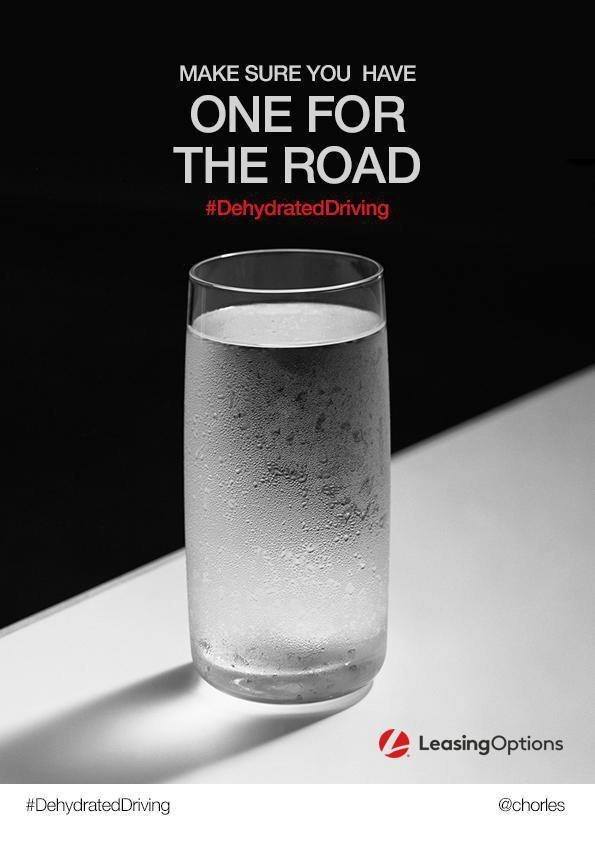 Just to highlight the need for more awareness, Leasing Options further tested drivers knowledge of dehydration by asking them to identify the following symptoms…

Mike Thompson, finalised the importance of staying hydrated by saying: “At Leasing Options we pride ourselves on our safety measures and we think British drivers need to be more aware of the risks and symptoms of dehydrated driving in order to make our roads a safer place.”

"We asked One minute Brief users to help us with the campaign, and the images you see are just a few of the visual entries."