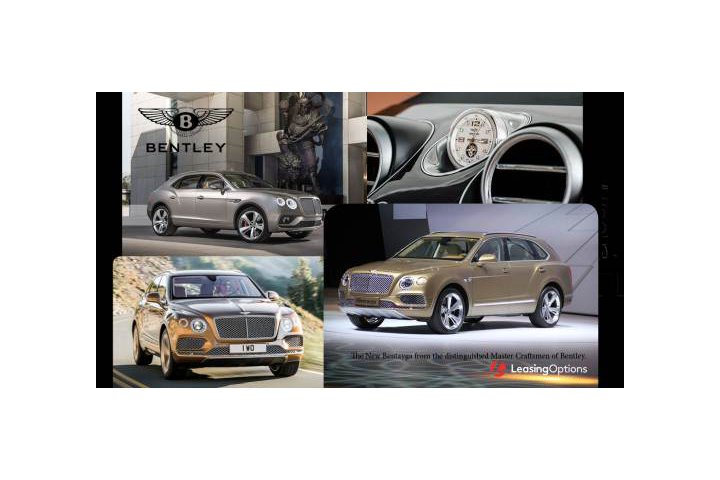 24 September 2015
Everyone at some point in their lives has been told to learn from their mistakes, and after Bentley's failed first attempt at an SUV, they did exactly this.

Their second bid, the Bentayga, looks absolutely nothing like the first concept car they created and with a waiting list of over 4,000, their efforts seem to have paid off.

Bentley's new creation made it's debut at the Frankfurt Motor Show this week, being described as “the fastest, most luxurious and most exclusive SUV in the world”. With prices expected to start at £160,000 exceeding £220,000 at the top end, one would hope this car lives up to it's bold statement and reputable brand name, especially as Her Majesty the Queen has been reserved the first car off the production line.

The Bentayga reaches 0-60mph in a staggeringly quick 4.0 seconds, with a top speed of 187mph, making it quicker than a Porsche Cayenne Turbo S, all courtesy of a twin turbo-charged W12 engine producing 900NM on torque.

The comparisons to the Porsche Cayenne don’t stop at performance. The Bentley sits on the same platform that the next Cayenne and the new seven-seat Audi Q7 also use. Some even say if you look closely enough, the Bentayga profile and roofline has a look of Porsche about it, but apart from that, it's all Bentley.

The cabin of the Bentayga includes all the finest leathers, woods and metals, being described as 'the perfect balance of technology and jewellery' and the luxury doesn't stop there! Rear seated passengers are treated to a Bentley-branded 10.2 inch Android tablet computer, which makes use of the onboard wifi and thats not even the impressive part!

The most extravagant and mind boggling extra (in our opinion) is the Breitling Tourbillon clock that's embedded in the dashboard, costing an astonishing £110,000! Yes, that's on top of the vehicle's initial price.

With all that said, does the Bentayga's technologically advanced features, luxurious feel and stylish body justify the price tag?