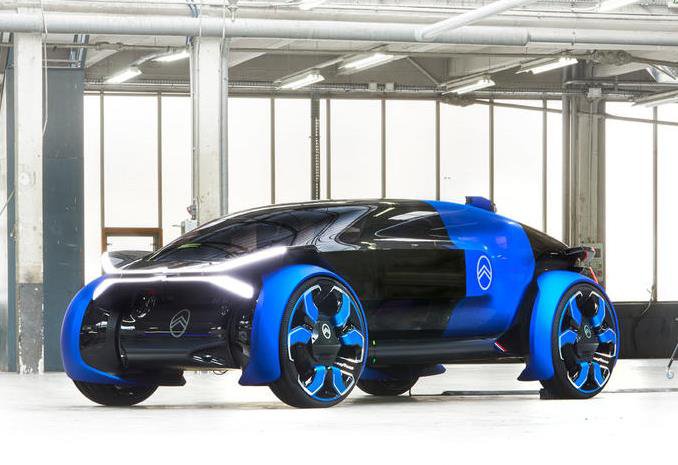 We present a selection of bite-sized automotive news from the past seven days. In this week’s issue, there’s news from Honda, Fiat, Vauxhall, Nissan and Citroen. 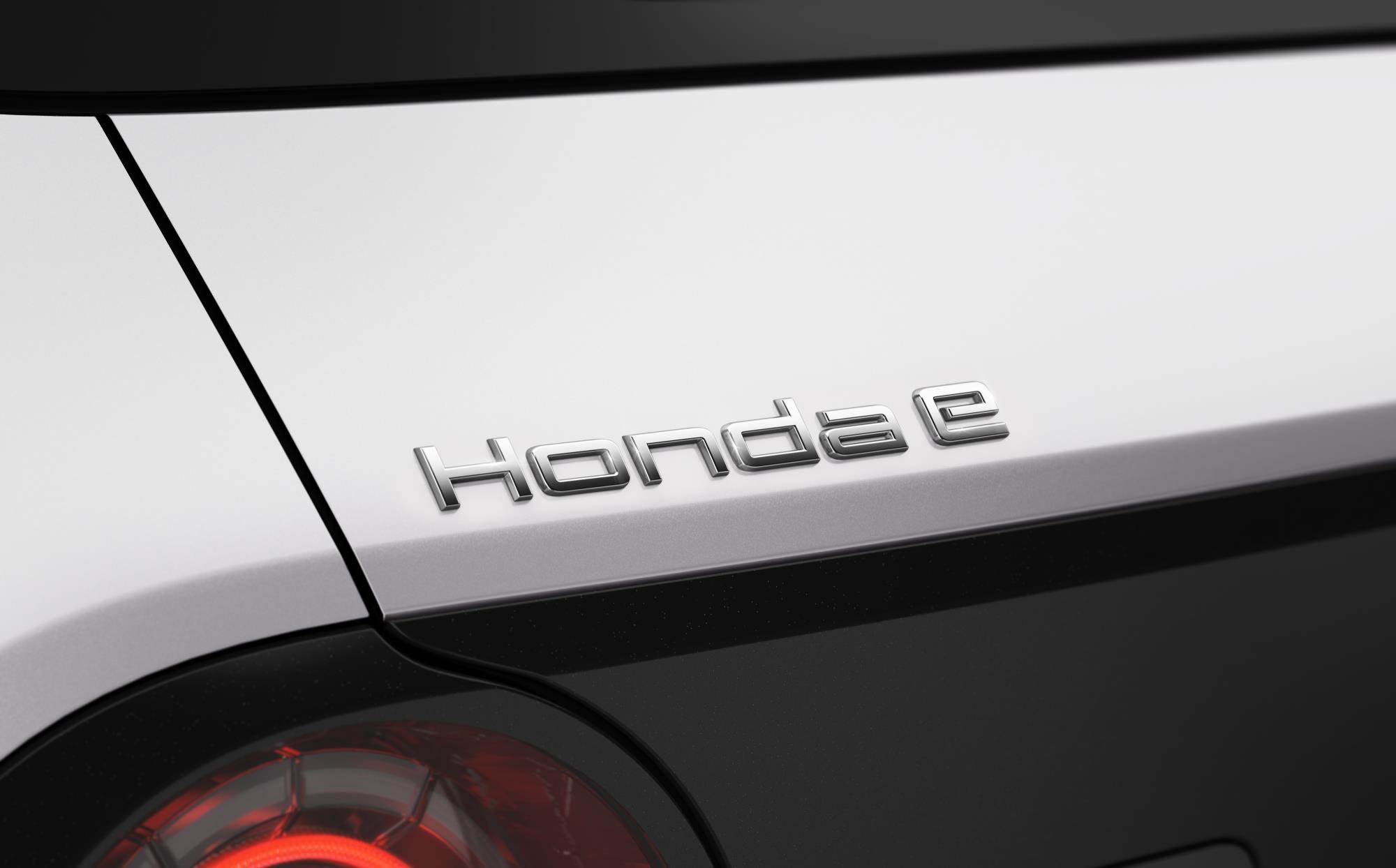 Honda is moving its 'Electric Vision' along by confirming the rather uninspiring name of its first fully electric urban vehicle – the ‘Honda e’. It also announced that the next generation Jazz supermini hatchback will be available with a hybrid powertrain and feature the brand's Intelligent Multi-Mode Drive (i-MMD) technology.

Honda’s ‘Electric Vision’ is for one hundred per cent of the brand’s European sales to feature electrified powertrains by 2025. The Honda e, presented as a production prototype in Geneva, is Honda's first model to benefit from a dedicated EV platform and takes a bold step with its design and technology.

The compact electric car offers trademark Honda driving dynamics, aided by the sporty rear-wheel drive format and advanced electric powertrain. It has already received over 6,500 expressions of interest in the UK, and customers can visit www.honda.co.uk/cars for more information.

The i-MMD hybrid system that will be available with the next generation of the popular Jazz hatchback has already won widespread acclaim across Europe for delivering high-levels of real-world efficiency and refinement in the new CR-V Hybrid.

Ahead of its 2025 electrification goal, Honda will expand the application of its i-MMD dual-motor hybrid system, with the introduction into smaller segment city cars and supermini’s an important first step. The next-generation Jazz will make its international premiere at the Tokyo Motor Show later this year.

To register your interest in leasing the all-new Honda-e, please call our friendly and helpful sales team on 01618 269716.

The Fiat 500 range has received a stylish update for summer, including the addition of two new versions, Star and RockStar, to head up the iconic city car’s range. The new models are available in both hatchback and cabriolet body style, while all 500 models from Lounge trim upwards now come with the Uconnect 7-inch HD LIVE touchscreen radio, which has Apple CarPlay support and is compatible with Android Auto as standard.

Inside, the 500 Star sees new upholstery available in two colour combinations, white sand and black and in the elegant new Matelassé finish with techno-leather details and Bordeaux embroidered 500 logo.

The new 500 RockStar version stands out from the pack with a look that combines the bumpers and the side sills from the 500 Sport, with details such as the fixed glass roof, 16-inch alloy wheels and satin finish chrome bodywork details. The new RockStar version is available with an exclusive new Portofino Green matt paint, plus a choice of nine other exterior colours.

The interior of the 500 RockStar mirrors the sporty feel of the exterior and also offers new upholstery. The seats feature pinstripe fabric centres, edged by side panels with grey or blue details and finished in black eco leather. Like the Star version, the new 500 RockStar offers two new dashboard colours: matt dark green and matt grey.

Both Star and RockStar can be ordered with either a 1.2-litre 69hp petrol engine, with manual or Dualogic automatic transmission, or the 0.9-litre 85hp Twin Air with five- or six-speed manual transmission.

The revised Fiat 500 range is available to order now, with first deliveries expected from early July. To discuss a great leasing deal on your Fiat 500, please call our helpful sales team on 01618 269716. 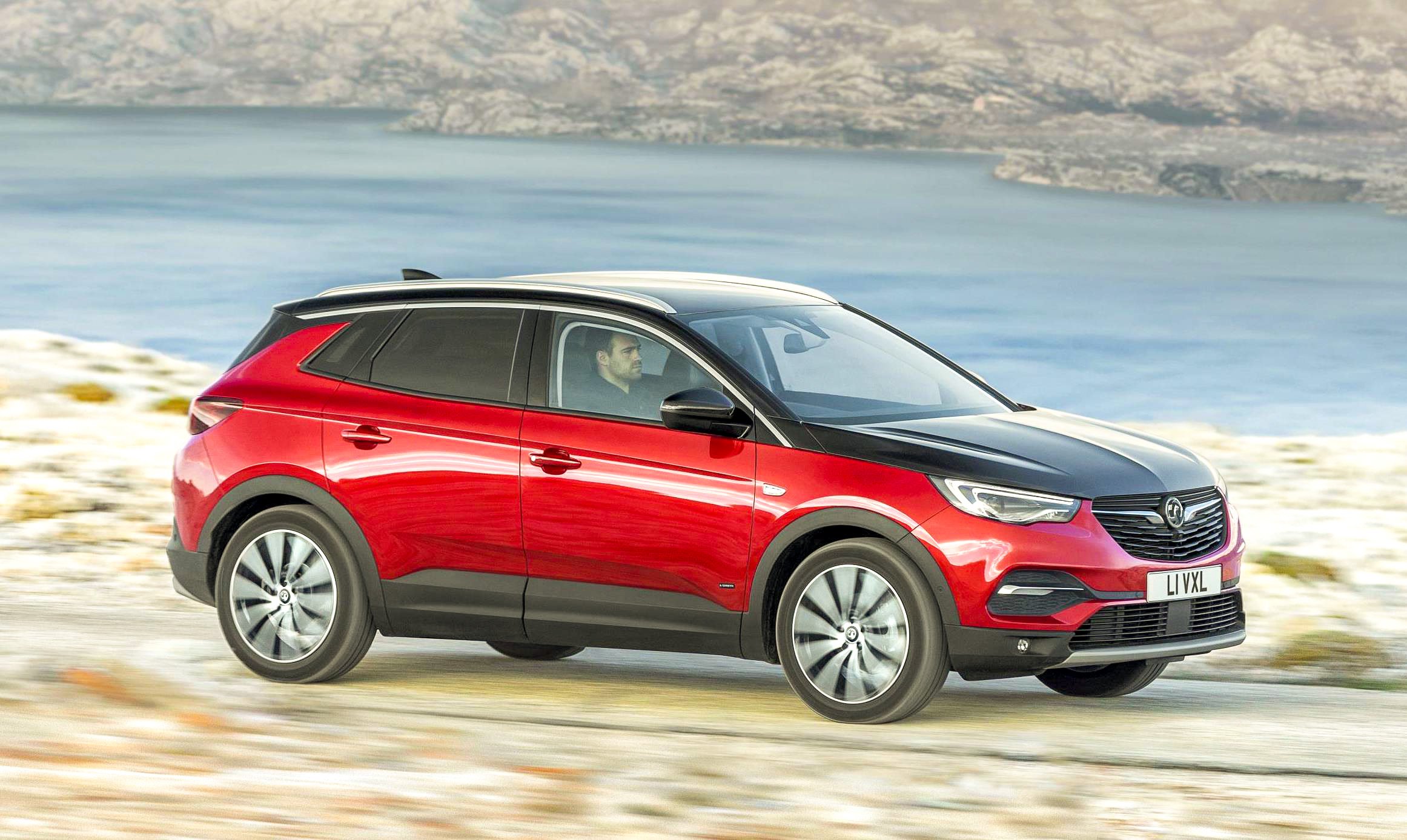 The petrol engine is Euro 6d-TEMP-compliant, and has been specially engineered for the hybrid powertrain. The front electric motor is coupled to an electrified eight-speed automatic transmission, while the second motor and differential are integrated into the electrically-powered rear axle, providing all-wheel traction on demand.

The Grandland X Hybrid4 offers four driving modes – Electric, Hybrid, AWD and Sport. In pure electric mode, the car has a range of 30 miles (according to WLTP1). In hybrid mode, the car automatically selects the most efficient method of propulsion. When travelling at low speeds within cities, for example, the system switches to electric mode for zero-emission driving.

The Grandland X Hybrid4 comes with a 3.3kW on-board charger, with an optional 6.6kW version also available. Vauxhall will also offer devices for fast charging at public stations, as well as home-based wall boxes. With a 7.4kW wall box, customers can fully charge the battery in less than two hours.

To further improve efficiency, the Grandland X Hybrid4 features a regenerative braking system, which can increase the electric range by up to ten per cent.

The Grandland X Hybrid4 reinforces Vauxhall’s dedication to electrifying its entire product portfolio by 2024. Later this year, the battery-only electric version of the next-generation Corsa will go on sale. This will be followed by the new Vivaro Life MPV, new Vivaro LCV and the successor to the current Mokka X – all of which will feature fully electric versions.

To register your interest in the Vauxhall Grandland X Hybrid4, please call our friendly and helpful sales team on 01618 269716. 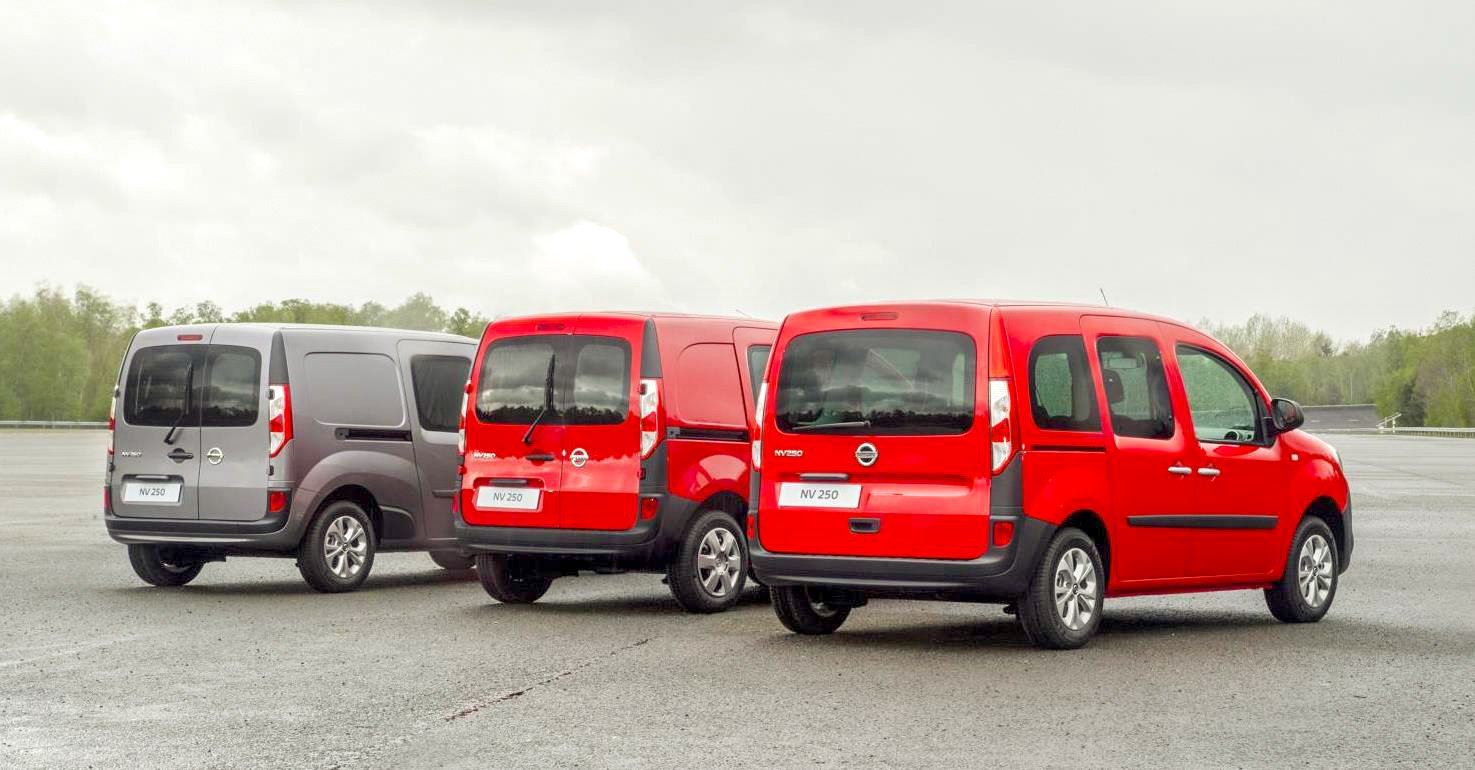 NISSAN ➤ New NV250 to shake up the compact van segment

Customers will benefit from multiple engine and interior configurations, two body lengths and a comprehensive range of conversions. The van is also available with Panel and Crew finishes for optimum practicality and functionality.

The panel version is offered in two body lengths (L1 / L2) and in two- or three-seat configurations while the single-length crew version (L2) comes with a maximum of 4 seats and multi-positional bulkhead for a versatile cargo space.

Developed through the shared expertise of the Alliance, the NV250 incorporates a proven and efficient 1.5-litre diesel engine, with three different powertrain options available.

The NV250 will also be offered alongside the e-NV200, Nissan’s zero emissions compact van which has sold more than 20,000 units across Europe since launch. It is now upgraded with a 40kWh battery, offering a range of up to 124 miles (WLTP Combined Cycle). 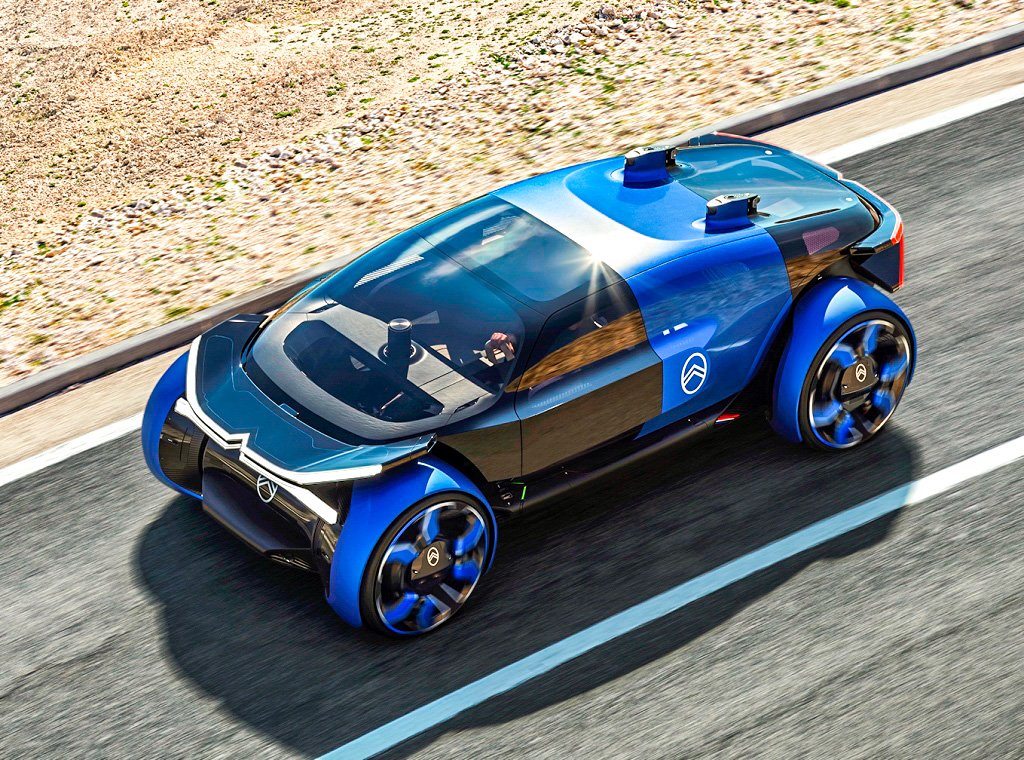 The electric Citroen 19_19 Concept has been revealed as part of the brand’s centenary celebrations, showcasing future interior technology

The 19_19’s cabin sits apart from its huge alloy wheels that feature a fixed central hub. The wheels and their arches move independently of the body.

The car also lacks a conventional front and rear treatments, with no bumpers to speak off and ‘exposed’ axles that house its pair of electric motors. There are a number of visible sensors to aid both autonomous functions and, Citroen says, the suspension system’s ability to ‘pre-read’ the road conditions ahead of the vehicle.

The pure-electric vehicle is fuelled by a 100kWh battery pack and its dual motors produce a combined 456bhp and 800Nm of torque, sufficient for a theoretical top speed of 124mph and a 0-62mph of five seconds. Range-wise, the 19_19 could travel up to nearly 500 miles between recharges, under the WLTP testing regime. It also features induction charging capability to allow it to replenish its batteries while driving along a suitably equipped stretch of road.

The 19_19’s radical approach continues inside, where it features three types of seat - each offering the occupant a different experience. The driver’s seat is the most focused, with a mixture of plush fabrics and exposed structure. The front passenger gets a chaise lounge that wouldn’t look out of place in a luxurious Parisian villa.

There’s enough space in the cabin, Citroen says, for the driver to be able to put the car into autonomous mode and then move from the left-hand seat into the chaise lounge, or even to climb into the rear lounge area. Switching to autonomous mode would also activate one of the dashboard’s standout features - a voice-controlled AI assistant, ‘Hello Citroen’, which hangs below the fascia when the driver is at the controls, but then slides up through the console to stand proud of it when the car is driving itself.

The dash is completed by a head-up display with augmented reality features and a lower projection system that could show infotainment, such as movies, on an internal screen that allows light through from the front of the vehicle.

We've had another look at the numbers and here are the Top Five Vans...