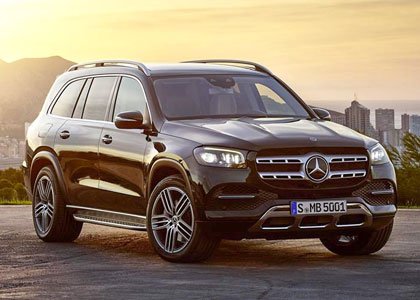 We cherry-pick a selection of bite-sized automotive news from the past seven days. This week, there’s news from Škoda, MINI, Toyota, Audi, Mercedes-Benz and Nissan. 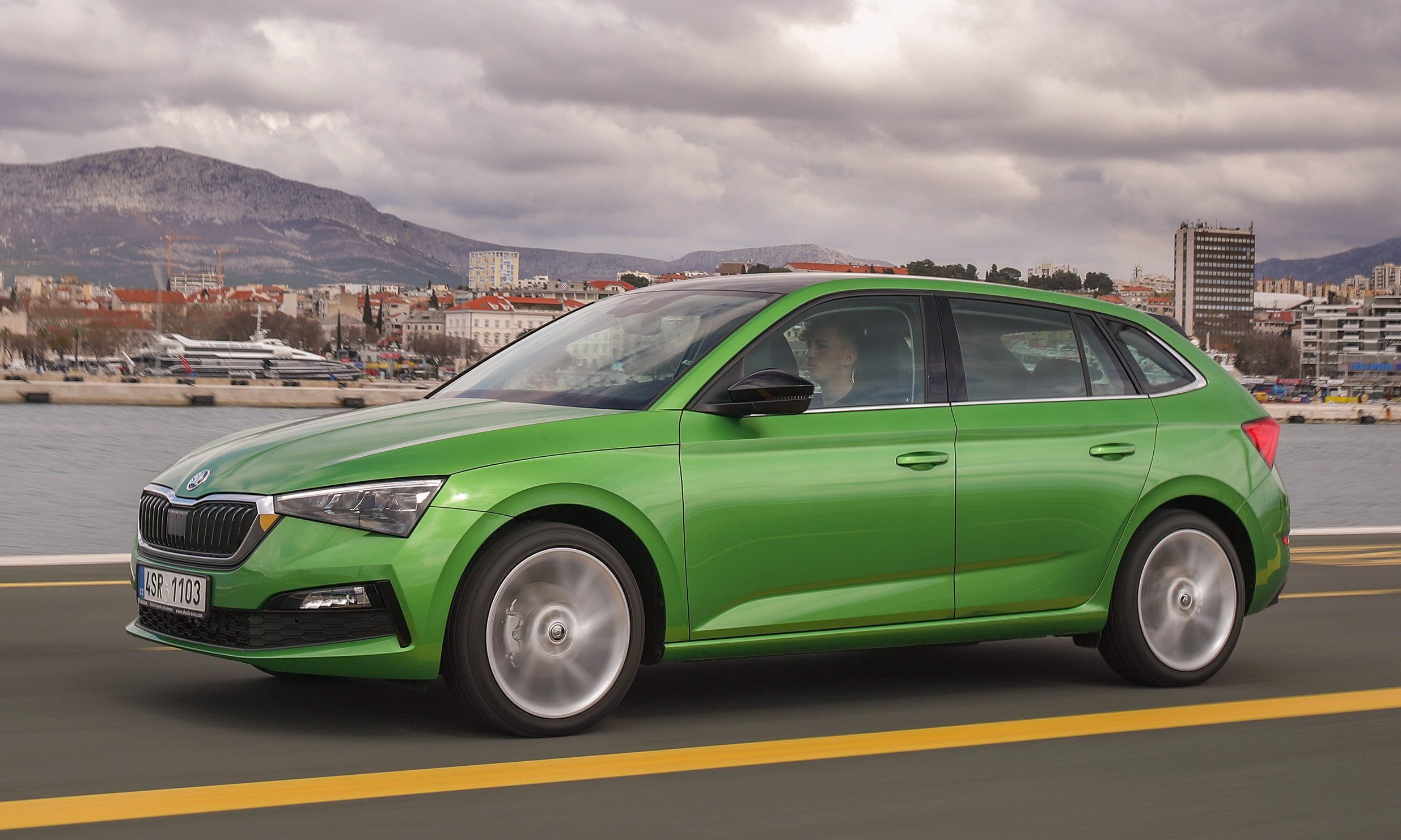 Ahead of deliveries in the summer, Škoda has opened the order books for its all-new Scala hatchback and released techs and specs of the UK line-up.

Arriving as a replacement for the discontinued Rapid Spaceback, which experienced lacklustre sales since its introduction in 2014, the all-new Scala (Italian for stepladder) is the next step in the UK storyline for the Czech automaker. It slots between the Fabia hatch and Octavia saloon.

The Scala rides on the versatile MQB A0 platform which underpins a wide range of VW Group cars from SEAT, Audi, and VW brands.

There will be just two, albeit familiar, trim grades available on the Scala –SE and SEL. The range-entry SE models are fitted with 16-inch alloy wheels, LED headlamps, leather steering wheel, gear and handbrake lever and a height adjustable driver’s seat. There is also air-conditioning, DAB digital radio, front and rear electric windows and Swing infotainment system with 6.5-inch screen.

Engine choices for the Scala will comprise of two TSI petrols and one TDI diesel. There’s a 1.0-litre three-cylinder available in 94hp and 113hp, and a 1.5-litre four-cylinder engine of 148hp output. The Scala’s lone diesel option is the trusty 1.6-litre TDI deployed throughout the VW group, which generates 113hp/240Nm.

With the exception of the 1.0 TSI 94hp engine which is paired only with a six-speed manual ‘box, all other engines are available with an optional seven-speed DSG transmission.

To discuss a great leasing deal on your Škoda Scala hatchback, please call our friendly and helpful sales team on 01618 269716. 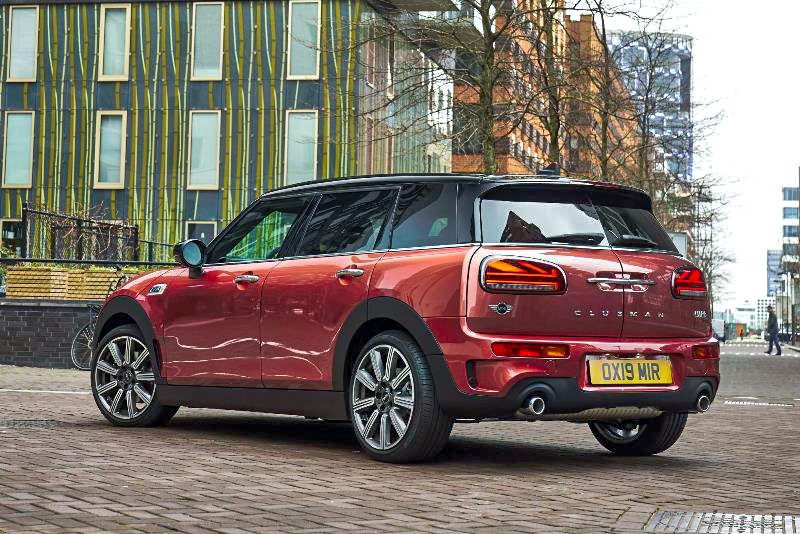 MINI has unveiled the all-new Clubman 2019 which has received some spec and trim upgrades as well as a minor facelift.

Most of the style updates are minor and predominantly aesthetic. The headlights and rear lights have been updated and a few tweaks here or there have been made but you would be readily forgiven if you didn’t recognise the changes.

The rear LED lights are the more noticeable change and feature a Union Jack shape as standard, along with small updates to the front grille.

Powering the new Clubman is a choice of three engines and two transmissions, which include a three-cylinder and four-cylinder petrol engine along with one four-cylinder diesel, which can be paired with either a six-speed manual transmission or a seven-speed Steptronic transmission. 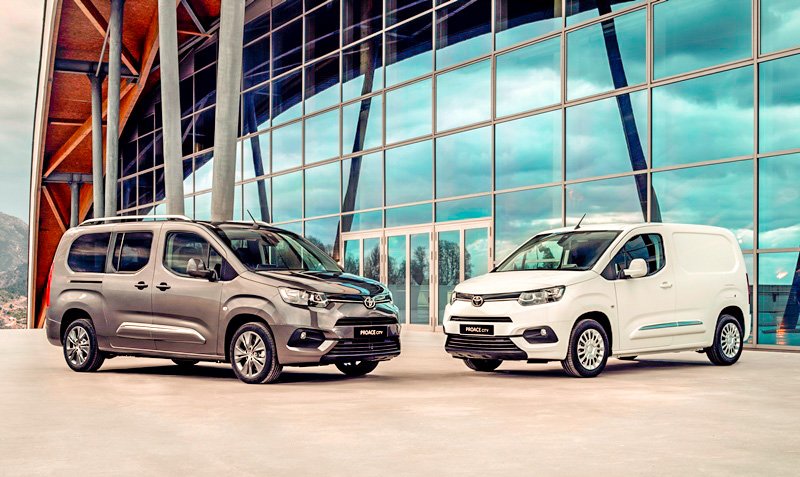 Toyota will give its Proace City compact panel van its world debut at the CV Show in Birmingham on April 30. Developed in collaboration with France’s Groupe PSA, Proace City is available in two different lengths – short at 4.4m and long at 4.7m.

Both can be specified with three front seats and as panel or glass vans; the long version is also available as a crew cab. The passenger version is offered with five or seven seats both in the short and long version.

The short model will have a maximum load volume of 3.3 cubic metres, while adding the Smart Cargo system provides it with a load length capability of 3.1m. The long model offers 4.3 cubic metres and 3.4m respectively. Both models have a maximum payload of one tonne and can tow braked trailers up to 1.5 tonnes.

Toyota’s new Proace City will be available with a range of petrol and diesel powertrains with power outputs from 74hp to 128hp, paired with a choice of five- or six-speed manual or eight-speed automatic transmissions.

All models also come with eCall for automatic connection with the emergency services in the event of a serious accident.

Proace City is equipped with an eight-inch touchscreen to access audio and smartphone functions, with MirrorLink, Apple CarPlay and Android Auto, plus Bluetooth, and USB/Aux-in connections

To register your interest in the Toyota Proace City, call our friendly and helpful sales team on 01618 269716. 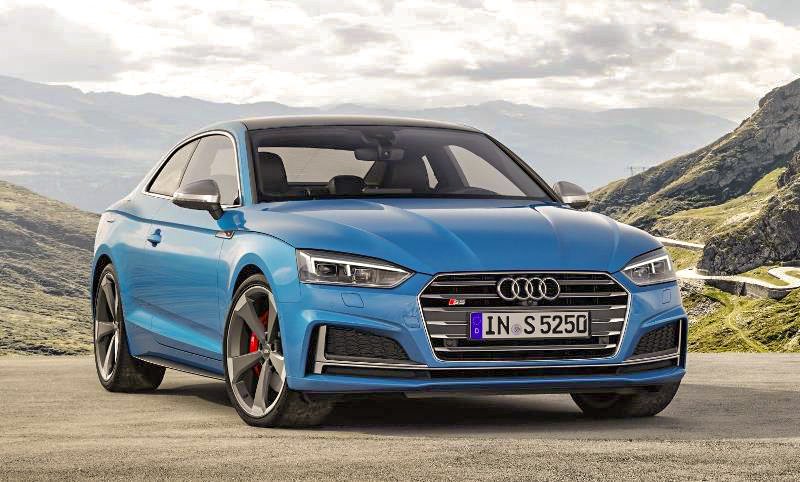 Both models will now feature a 3.0-litre V6 diesel engine producing 344bhp and 700Nm of torque, with the latter figure coming from an electrical compressor that is said to offer instant torque. S5 Coupé can accelerate from 0-62mph in 4.8 seconds, with the S5 Sportback taking a tenth of a second longer. Both are limited to a top speed of 155mph.

The new diesel-powered S5 variants feature a 48-volt mild-hybrid system, which helps to recover energy when the model is decelerating and coasting for up to 40 seconds at a time. This energy is then stored in a lithium-ion battery. It means that not only do the S5 variants offer spirited performance, but also decent efficiency.

Permanent four-wheel-drive is featured as standard, while all-wheel steering remains optional. This enables the S5 models to be more manoeuvrable at lower speeds and offer more direct steering at higher speeds.

Sales for the 3.0-litre V6 TDI powered S5 Coupé and Sportback will open towards the end of summer, with first deliveries expected in late autumn.

To register your interest in the TDI-powered Audi S5, call our friendly and helpful sales team on 01618 269716. 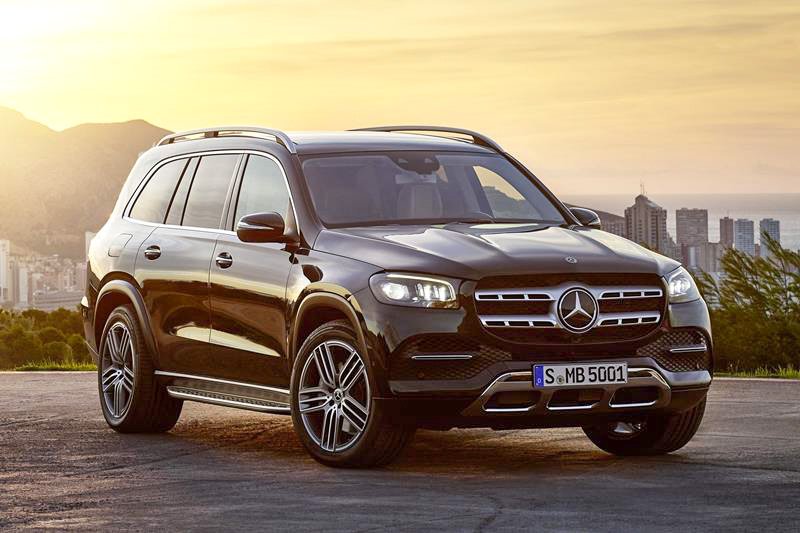 This is the new Mercedes GLS – dubbed the S Class of SUVs. Merc’s gargantuan flagship SUV has space for seven adults, four-wheel drive as standard and comes loaded to the gunwales with tech. Engines include a pair of six-cylinder diesels and a V8 petrol.

Probably (okay, definitely) the first thing that you’ll notice about the new Mercedes GLS is how big it is. At 5,207mm in length, it’s nearly 20cm longer than an Audi Q7 – a car justifiably labelled as huge. This is entirely down to a longer wheelbase to allow for more interior space.

Available as either a six- or seven-seater, the GLS comes with electric-folding and adjustable rear seats, which when flat allows for up to 2,400 litres of storage. When fitted with six seats, the middle row is taken away and replaced by two luxury chairs for improved passenger comfort.

Five-zone climate control comes as standard, while customers can choose to add either the Rear Comfort + package or the MBUX Rear Sear Entertainment System – which both add infotainment displays to the rear section of the cabin.

Mercedes also fits the MBUX infotainment setup, which comprises of two 12.3-inch displays in a single panel. A head-up display can be fitted as well.

The exterior comes with a refreshed look that includes a new grille, multibeam LED headlights, LED taillights and chrome detailing. The square rear end design is kept from previous editions.

Regardless of engine choice, the GLS comes with a nine-speed automatic transmission and 4Matic all-wheel drive as standard alongside air suspension – while Mercedes offers a series of driver assists, such as Active Distance Assist and Active Stop-and-Go Assist.

To register your interest in the Mercedes-Benz GLS, call our friendly and helpful sales team on 01618 269716. 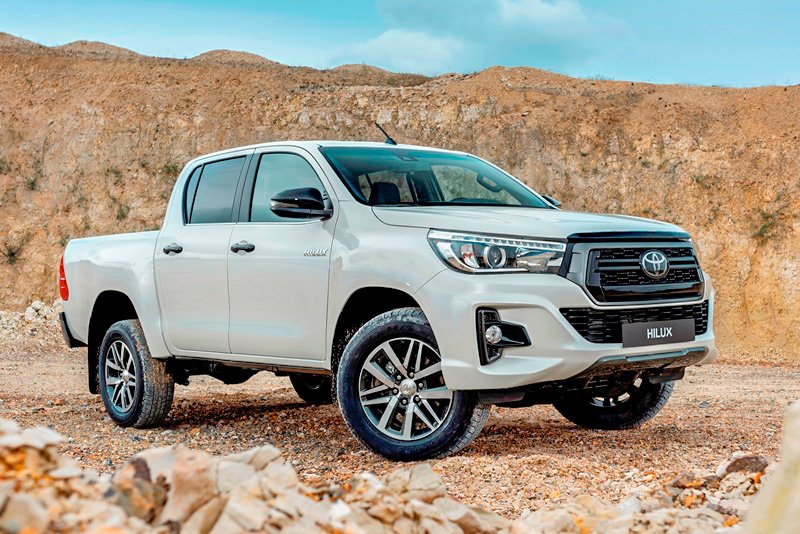 Toyota will take the wraps off a revised top-of-the range version of its legendary Hilux pick-up at the Commercial Vehicle Show at the NEC, Birmingham, on 30 April.

The cabin has an all-black look, with the sense of quality reinforced by chrome instrument panel detailing and piano black inserts on the dashboard, door trims, steering wheel and gear shift.

The 2019 Hilux model range goes on sale from August this year. Further details will be available nearer the on-sale date.

To register your interest in the Toyota Hilux, call our friendly and helpful sales team on 01618 269716. The original Nissan GT-R debuted way back in 2007. Over time, Nissan’s evolutionary changes have led to the razor-sharp 2020 Nissan GT-R Nismo which debuted at the current New York Auto Show.

As the world continues to wait for the all-new GT-R, Nissan’s engineers have again tweaked the current GT-R Nismo into a hard-core, race-ready variant in the R35-generation GT-R family. As with Nissan GT-R’s of the past, the 2020 GT-R Nismo pulls from Nissan’s long history of racing and applies that knowledge to the street-legal supercar.

The first point of attack by Nissan’s engineers when furthering the GT-R’s evolution was to remove excess weight, as the current generation GT-R isn’t exactly a lightweight. As such, 30kg was removed thanks to extensive use of carbon fibre body panels, which included carbon front and rear bumpers, front fenders, bonnet, roof, boot lid and a lighter-than-before carbon fibre rear spoiler.

While many of the exterior body panels were converted to carbon fibre, the panel designs were also slightly modified to improve the GT-R Nismo’s aerodynamic performance. The front fenders now more closely resemble the company’s GT-R GT3 race car with large scalloped aerodynamic vents pulling hot air away from the engine and pushing the front of the car down towards the road surface for improved front end grip. Engineers also smoothed the supercar’s body to better cut through the air.

Small modifications were made to the GT-R Nismo’s already industrial-strength drivetrain. The 3.8-litre bi-turbo V6 receives the GT-R GT3’s turbocharger turbine shape, which ‘optimizes the flow rate and enhances the acceleration response by 20 per cent, with no loss in the available 600hp’.

Underneath the car, engineers retuned the Nismo’s suspension to improve the car’s cornering stability, but also mitigate the bone-crunching ride-quality the GT-R Nismo was known for. Lastly, the 2020 Nissan GT-R Nismo receives carbon ceramic brakes, which not only reduce its weight, but increase the supercar’s braking performance and the brake system’s thermal management.

The updated 2020 Nissan GT-R Nismo will arrive in dealerships later this year. In the meantime, call our friendly and helpful sales team on 01618 269716 to register your interest.