We cherry-pick a selection of bite-sized automotive news from the past seven days. This week, there’s news from Ford, Nissan, Mercedes-Benz, Mercedes-Benz Vans, Audi, Vauxhall and Volkswagen. 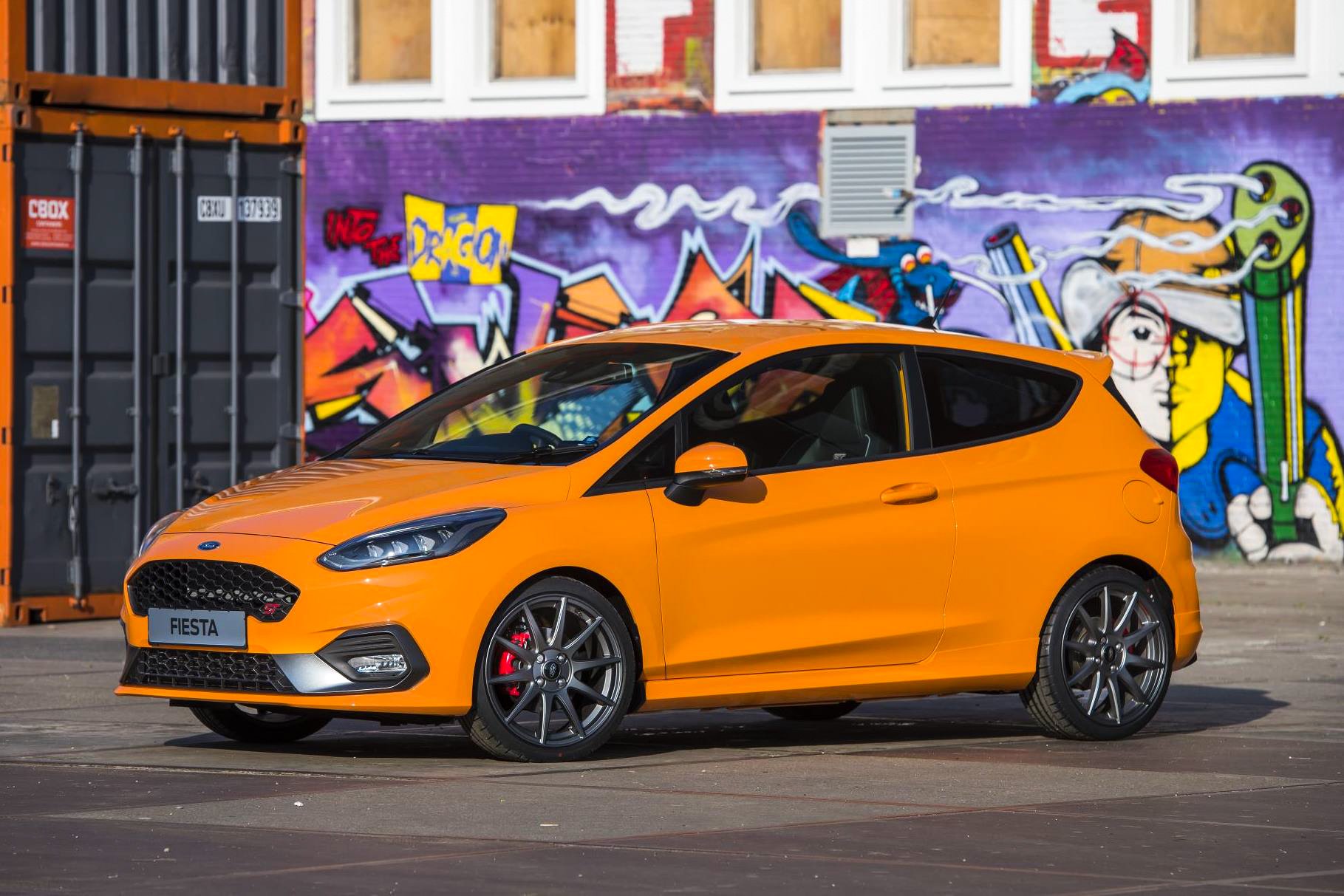 Ford UK has announced that it is introducing a special limited edition of its award-winning Fiesta ST hot hatch, in the form of the ‘Performance Edition’. It arrives a year after the first examples of the latest ST went on sale and features bespoke Ford Performance parts to improve handling and reduce weight.

The Performance Edition is based on the best-selling Fiesta ST-3 trim and retains the standard ST’s 197hp 1.5-litre turbocharged petrol engine. However, along with 18-inch alloy wheels (which shave a useful seven kilograms from the car’s weight), it features an adjustable coil-over suspension pack with stainless steel damper housing and powder-coated Ford Performance Blue springs.

The coil-over suspension lowers the ride height by 15mm at the front and 10mm at the rear, and has been extensively tested at the Nürburgring by Ford Performance engineers. The suspension can be adjusted manually, allowing drivers to create a personalised, finely-tuned driving setup.

The 10-spoke, alloys are ‘flow formed’ which allows them to be lighter yet stronger than the standard model’s and have been specially treated with ‘winter-resistant’ triple-layer paint.

Just 600 units will be available all of which will be in three-door body style and finished in Deep Orange paint. It goes on sale from June, with first UK deliveries expected from early September 2019.

To register your interest in the limited Ford Fiesta ST Performance Edition, please call our friendly and helpful sales team on 01618 269716. The Nissan X-Trail SUV has an all-new engine-range along with a new DCT (dual-clutch automatic transmission) for 2019.

The mixture of petrol and diesel engines offer reduced CO2 emissions and improved fuel economy over the outgoing engines. Transmission options comprise of either a six-speed manual or a new seven-speed DCT with 2WD and 4WD in some cases. Both engines are EURO6d compliant.

New front-wheel drive 1.3-litre (158hp) petrol Nissan X-Trail models replace the previous 1.6-litre and are offered with the new DCT transmission which delivers smooth gear changes and responsive acceleration. CO2 emissions are as low as 145g/km with combined fuel economy of up to 45mpg.

An all- new 1.7-litre dCi turbodiesel engine is available with manual or automatic transmissions and is expected to be the top seller. The new 148hp 1.7-litre engine replaces the outgoing 1.6-litre oil burner and boasts improved CO2 emissions as low as 137g/km with combined fuel economy figures of up to 54mpg on 2WD models.

The new diesel is also available with 4WD for more demanding driving conditions, economy figures take a bit of hit on 4WD models with CO2 emission around the 150g/km mark depending on your configuration and combined fuel economy of up to 49mpg.

The popular Nissan X-Trail is a great all-round family SUV available in five- or seven-seat configuration. It is also ideal for towing up to two tonnes of weight with its 340Nm of torque. Following on from the launch of the Vito PURE, PROGRESSIVE and PREMIUM trim lines earlier this year, Mercedes-Benz Vans UK has announced new Euro6c-compliant engines plus the introduction of Mercedes-Benz PRO connect and an updated look to the instrument cluster.

From May production, the Euro6c Vito van range will consist of RWD models in a choice of three engine variants: 114CDI and 116CDI, which are both available in a choice of manual or automatic transmissions, and 119CDI which features an auto gearbox as standard.

The versatile Vito crew van RWD Euro6c range will also be available with the same three engine variants as the panel van, with the 114CDI offering a choice of manual or auto transmissions. The 116CDI and 119CDI will both offer an auto gearbox as standard.

From September production, the FWD Vito makes a return with the introduction of a 110CDI manual model, which will be available in a choice of panel van or crew van, in either PURE or PROGRESSIVE trim levels.

The popular Vito Tourer also sees the introduction of a new, more efficient RWD drivetrain from May production, which is certified to Euro 6d-temp standards. Paired with the nine-speed automatic transmission as standard, it can deliver around 13 per cent lower fuel consumption and CO2 emissions.

To register your interest in the 2019 Mercedes-Benz Vito range, please call our friendly and helpful sales team on 01618 269716. Bucking industry trends away from diesel power, Audi has dispensed with the V8 and V10 petrol engines from the previous models and has introduced cleaner diesel power with hybrid technology to the sporty S6 saloon, S6 Avant and S7 Sportback models.

The new S cars sit between the standard ‘A’ Audis and the ‘RS’ RennSport performance versions to offer rapid yet understated performance.

Both cars feature a 3.0-litre V6 diesel engine producing 344bhp and a stonking 700Nm of torque, with the latter figure coming from an electrical compressor that aims to offer instant torque.

While petrol purists might bemoan the shift to diesel power, their performance remains impressive. The S6 saloon can accelerate from 0-60mph in 4.8 seconds, with the S7 Sportback and S6 Avant taking a tenth of a second longer. All three deliver an electronically-limited top speed of 155mph.

As with the standard A6 and A7 range, the S variants feature a 48-volt mild-hybrid system, which helps to recover energy when the model is decelerating and coasting for up to 40 seconds at a time. This energy is then stored in a lithium-ion battery. It means that not only do these S variants offer spirited performance, but also decent efficiency.

Permanent four-wheel-drive is featured as standard, while all-wheel steering remains optional. This enables the S models to be more manoeuvrable at lower speeds and offer more direct steering at higher speeds. Sports suspension sees the body of the cars being lowered by up to 20mm, too.

Sales for the S6 saloon and Avant, together with the S7 Sportback will open in the summer, with first deliveries expected in the autumn. A few weeks before its world debut, Vauxhall has revealed that the all-new, sixth-generation Corsa will be around 108kg lighter than the outgoing model, thanks to a redesigned body shell and aluminium engines.

To put that weight loss into context, image that Anthony Joshua just climbed out of your 19-plate Corsa. You can almost hear the air rushing into the wheel arches.

The car-maker released a few initial figures detailing Corsa’s kerb weight, along with a sketch of its bare frame. The firm claims a ten per cent reduction in weight over the previous model thanks to a redesigned body shell and lighter, aluminium engines. The lightest variant will squeeze under the one-tonne mark, weighing just 980kg.

The new Vauxhall Corsa’s body will be constructed from a range of high-strength steels, stitched together in the most weight-conscious manner, saving a total of 40kg over the outgoing model. A new aluminium bonnet will also replace the previous Corsa’s steel unit, saving a further 2.4kg.

Under the bonnet, Vauxhall’s latest range of aluminium three-cylinder petrol and diesel engines save around 15kg over the old Corsa’s four-cylinder units. Inside, Vauxhall has also managed to shave a total of 10kg off the seats, losing 5.5kg at the front and 4.5kg at the rear. In total, the firm claims a total weight saving of 108kg.

Despite the impressive weight-loss, the new Corsa will be slightly larger than its predecessor, with its bigger body and longer wheelbase unlocking more interior and boot space. Recent images of prototypes under testing indicate that Vauxhall has ditched the three-door for a five-door body configuration, increasing its appeal to smaller families.

To register your interest in the lightweight 2020 VauxhallCorsa, please call our friendly and helpful sales team on 01618 269716. 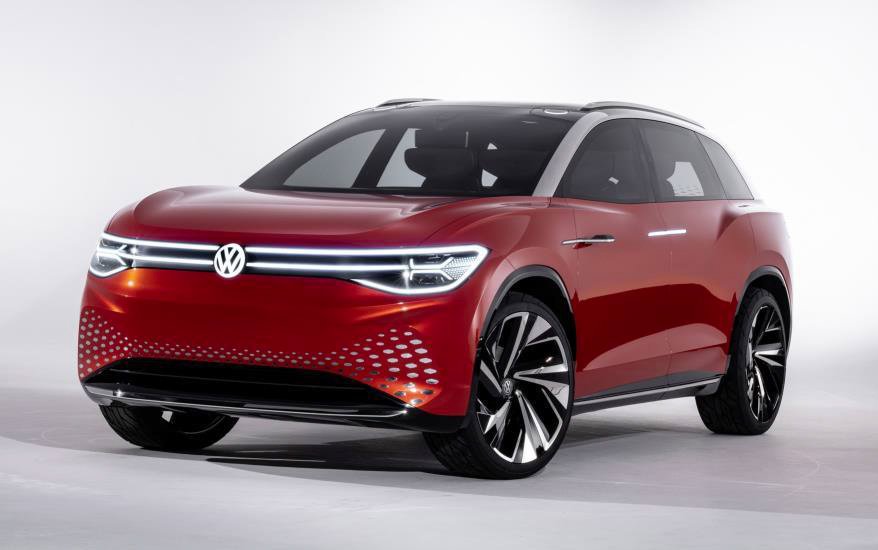 Volkswagen has extended its range of ID concepts to include a new 302bhp electric-powered SUV, known as the Roomzz. Unveiled at the Shanghai motor show, the contemporary seven-seater acts as a preview to a production model of similar size and shape that Volkswagen says will be launched in 2021.

It’s a crucial part of the German car maker’s plan to become the world’s leading manufacturer of electric vehicles by the middle of the next decade. Set to be positioned above the upcoming production version of the Crozz and a more sporting Crozz Coupé, the Roomzz is said to offer interior space superior to that of the Touareg in a body measuring 4,915mm in length, 1,890mm in width and 1,760mm in height.

The sixth ID concept is based on a new variant of VW’s MEB platform. It has a wheelbase of 2,965mm which is 192mm longer than the ID Crozz’s but 135mm shorter than that of the ID Buzz.

Power for the Roomzz comes from the same electric driveline previewed by the earlier Vizzion. It uses two electric motors – one acting on the front axle with 101bhp and 140Nm and a more powerful unit at the rear with 201bhp and 309Nm.  The total system output is 302bhp and 449Nm of torque.

Depending on the driving mode, the new SUV can be driven by the rear wheels as standard or all four wheels. VW quotes a 0-62mph time of 6.6sec and a top speed that is limited to 112mph.

Electric energy for the motors is provided by an 82kWh lithium ion battery mounted within the flat floor structure of the Roomzz’s MEB platform. It is claimed to provide a range of 280 miles on the WLTP test cycle, while the charge time to 80 per cent of the battery’s capacity on a high power 150kW system is put at ‘approximately 30 minutes’.

To register your interest in the Volkswagen ID Roomzz for 2020, please call our friendly and helpful sales team on 01618 269716. Nature abhors a vacuum, but not as much as a premium automaker does, apparently. There may not appear to be much of a gap between the existing Mercedes-Benz GLA and GLC, but the German company thinks there is enough space for another offering…and, looking at the Concept GLB, they may well be right.

Exhibited at the Shanghai Motor Show, the five- or seven-seat GLB is a shot across the bow of the forthcoming Land Rover Defender and is meant to offer a more rugged alternative to its urbanised SUV brethren. While Mercedes-Benz says it is ‘near production-ready’, don’t expect too much to change from what you see here.

For those who like a bit of automotive rough (and we are many), its boxy design sits on a set of knobblies and offers variable four-wheel drive. The roof box clearly suggests its strong potential for adventure. Fortunately for fans of that kind of outdoorsy look, the exterior styling is likely to reach production effectively unchanged.

Hinting at the top engine planned to be offered in the standard GLB line-up, the Concept GLB receives a turbocharged 2.0-litre four-cylinder petrol engine. The transversely mounted unit, which uses a two-stage variable valve timing system among other efficiency-boosting measures, develops 221hp and 350Nm and is set to power the initial range-topping GLB 250. Other engines, including diesels, will be available when sales commence.

As well as being offered with petrol and diesel engines, by 2021 the GLB will be available as an electric variant, dubbed the EQB.

To register your interest in the Mercedes-Benz Concept GLB, please call our friendly and helpful sales team on 01618 269716.