Introduced in 2015, Audi has given the second-generation Q7 SUV a major makeover with new styling and upgraded kit to bring it in line with the rest of its SUV range – but this time, all engines feature electrified technology.

The refreshed Q7 now wears a revised single-frame octagonal grille with six upright slats which lends it a busier, more interesting look. There’s a redesigned front bumper with revised side air inlets, along with the super smart headlights optionally available with a matrix LED laser setup.

At the back, Audi has added a chrome strip that extends from one side of the tailgate to the other to give the illusion the Q7 is wider than before – because it isn’t. Those fresh graphics for the LED taillights are in line with what we’ve seen on other recent models in the Four Ring fellowship. 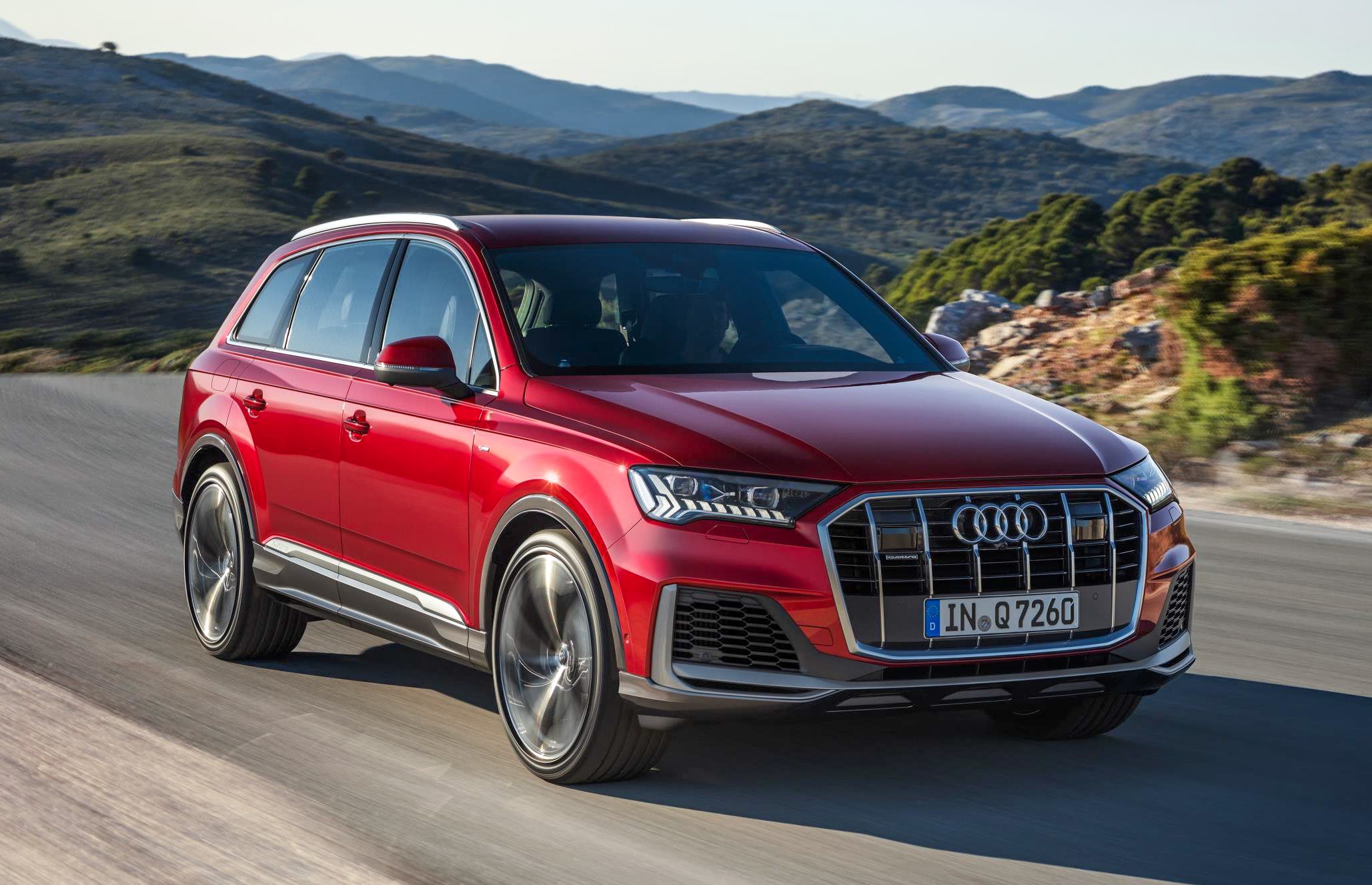 Audi has put a major focus into the Q7’s interior to match the rest of the range, including the latest version of Audi’s twin touchscreen MMI infotainment system, featuring a main screen of up to just over 10 inches in width. Audi’s well-received ‘virtual cockpit’ system is standard, with an optional head-up display available. As a five-seater, the Q7 has 865 litres of boot space, rising to 2,050 litres with row two folded. When it goes on UK sale in late September, the five- or seven-seat SUV will offer a choice of two 3.0-litre turbocharged diesel engines, producing 228hp and 282hp respectively, and a 335hp 3.0-litre petrol engine. All three power plants will be mated to an eight-speed automatic gearbox and a 48V mild-hybrid electrical system, which allows coasting for up to 40 seconds with the engine switched off.

Those will be followed towards the end of the year by a PHEV (plug-in hybrid) petrol version – technical details of which are yet to be disclosed – and the hot SQ7, which features the same omnipotent 429hp / 900Nm (no, not a typo!) 4.0-litre twin-turbo mild-hybrid TDI engine deployed in the new SQ8.

The 2020 Audi Q7 will be available with optional electromechanical active roll stabilisation and all-wheel steering to boost handling and agility, along with standard steel spring or optional air suspension. The hot SQ7 version will gain unique design touches including a revamped grille and chrome exhaust pipes, along with 20in wheels and upgraded brakes measuring 400mm at the front and 370mm at the rear. Carbon fibre-ceramic brake discs will be available as an option.

To register your interest in leasing the updated 2020 Audi Q7 in advance of its arrival in the autumn, please call our friendly and helpful sales team on 0161 826 9716.

Audi has revealed its seventh and latest SUV. The new Audi Q3...

The Royale Special Series is available across all V6-engined models in...