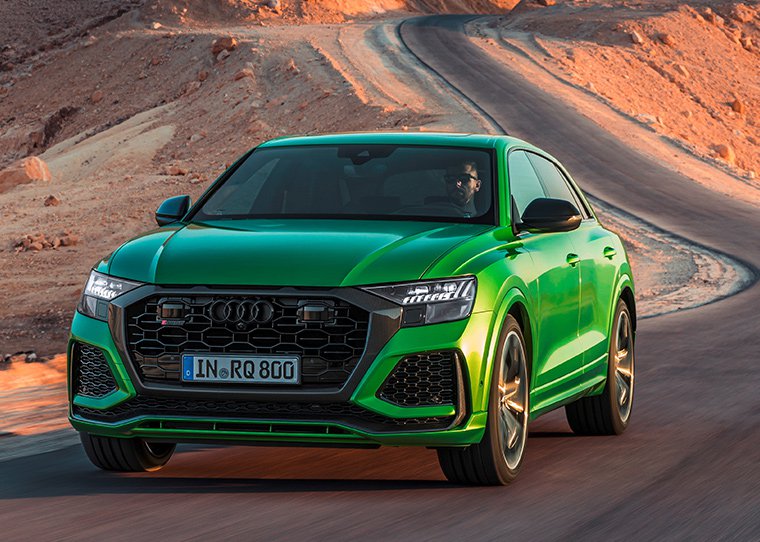 The Audi RS Q8 has been revealed at the LA Motor Show and will be the company’s flagship model when it goes on UK sale in early 2020. The RS Q8 is the performance version of the Audi Q8 SUV and has almost 600hp and 800Nm of torque. When it reaches dealerships in the first few months of next year, it’ll stare down the BMW X6, Mercedes GLE Coupe and Porsche Cayenne Coupe. Its bi-turbo 4.0-litre V8 petrol engine provides plenty of power with 592hp on tap from as little as 2,250rpm, so 0-62mph takes just 3.8 seconds which is almost as quick as the Lamborghini Huracán. Top speed is regulated to 155mph, but it can be lifted to 190mph as an option.

Seeming rather superfluous on a high performance car, Audi has fitted a 48-volt mild-hybrid system to reduce fuel consumption. It uses a belt alternator-starter and stores recuperated energy in a small battery. Between 34 and 99mph, the system can harvest energy or coast for up to 40 seconds when you take your foot off the accelerator. 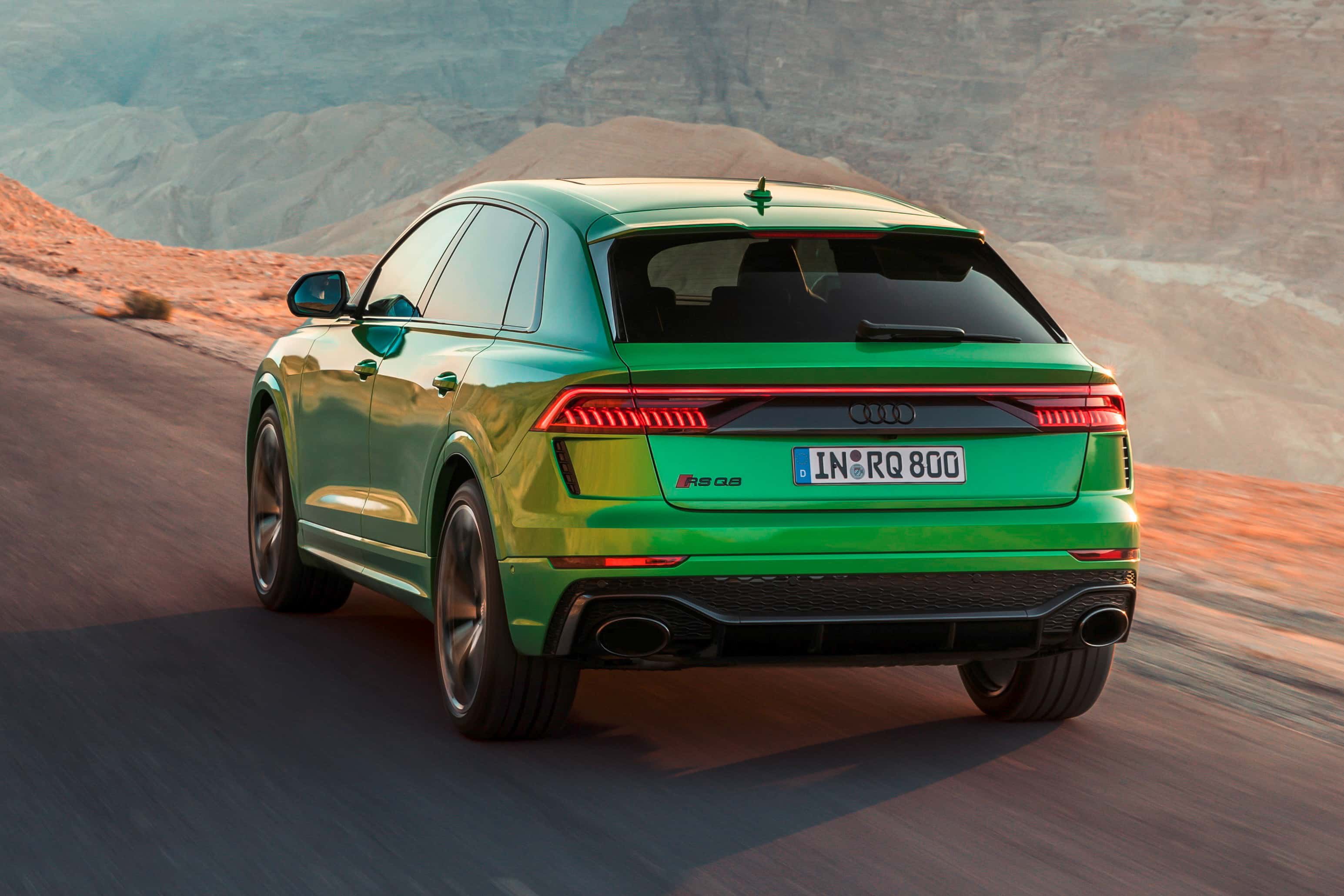 The stop-start system works up to 13mph and uses the front camera to re-engage the engine when the car in front starts moving. There’s also cylinder deactivation technology, so the eight-cylinder engine can run on four cylinders under light load to save fuel.

An eight-speed automatic gearbox is standard, as is Audi’s permanent quattro all-wheel drive system and a central differential. The latter shuffles power between the front and rear wheels; in normal driving, 60% is sent to the rear wheels but between 30 and 85% of the power can be directed rearwards. A sports differential that distributes power between the rear wheels (for better stability and traction) is optional. Adaptive sports-tuned air suspension is fitted and, depending on the quality of the road surface, the body height can be varied by as much as 90mm. All-wheel-steering is also included, turning the rear wheels either the same way or the opposite way to the front wheels by up to five degrees. At low speeds, the wheels turn the opposite way to improve agility, while higher speeds will have the rear wheels follow the fronts for greater stability.

Just like other recently revealed Audi RS models, the RS Q8 lets you choose between a number of different driving modes. There are eight in total, including all-road and off-road modes and two RS-specific modes, and flicking between them changes the throttle response, steering, engine sound, suspension and the speed of gear shifts. The RS Q8 sits on gargantuan 22-inch wheels (the largest Audi has ever fitted as standard, as the regular Q8 rides on 21’s), and you can have them a size larger as an option. As is usual for Audi RS-badged cars, the octagonal honeycomb grille and much of the exterior trim are painted in gloss black, while the rear end features a bigger tailgate spoiler and a redesigned bumper with a new diffuser and a pair of large oval-shaped exhausts. The RS Q8 gets body-coloured trim strips above each wheel, widening the car by 10mm. Nine paint shades (eight of which are either metallic or pearl-effect) and two different headlight clusters are available.