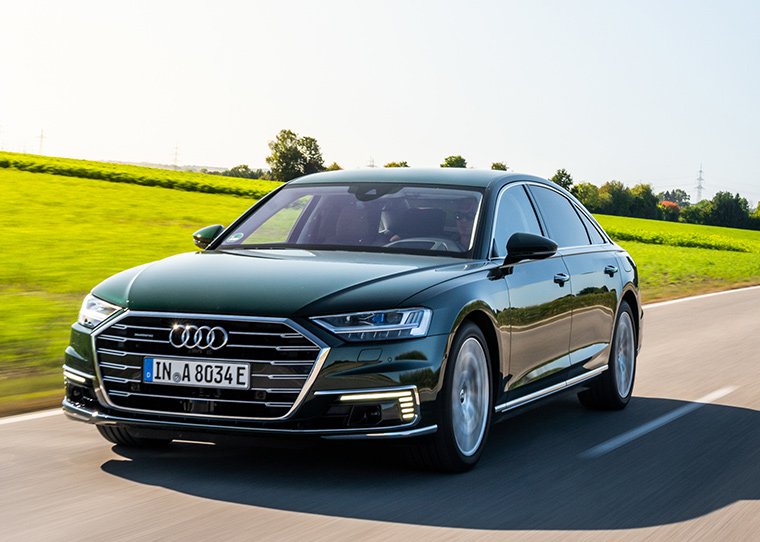 AUDI: Luxury meets efficiency in the A8 L TFSIe PHEV

➤ Audi reveals more information on its petrol-electric A8 PHEV executive land yacht ahead of orders opening at the end of the year. 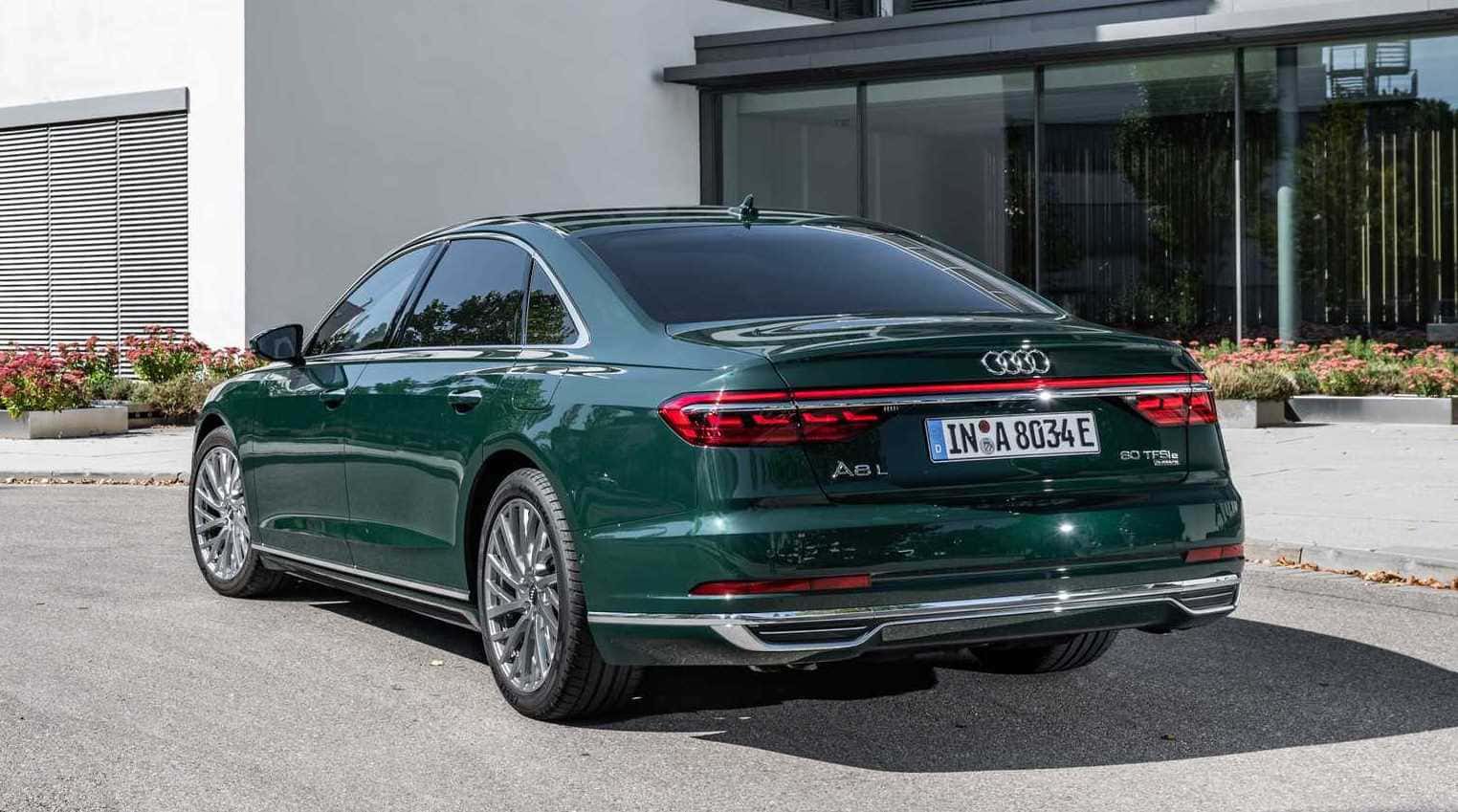 It is the first A8 saloon to adopt a plug-in powertrain – coincidentally, the very same to be deployed in the upcoming Bentley Flying Spur PHEV. Its 3.0-litre turbocharged V6 engine delivers 335hp and 500Nm of torque. It’s mated to an electric motor mounted within the clutch assembly and provides an additional 134hp and 350Nm. 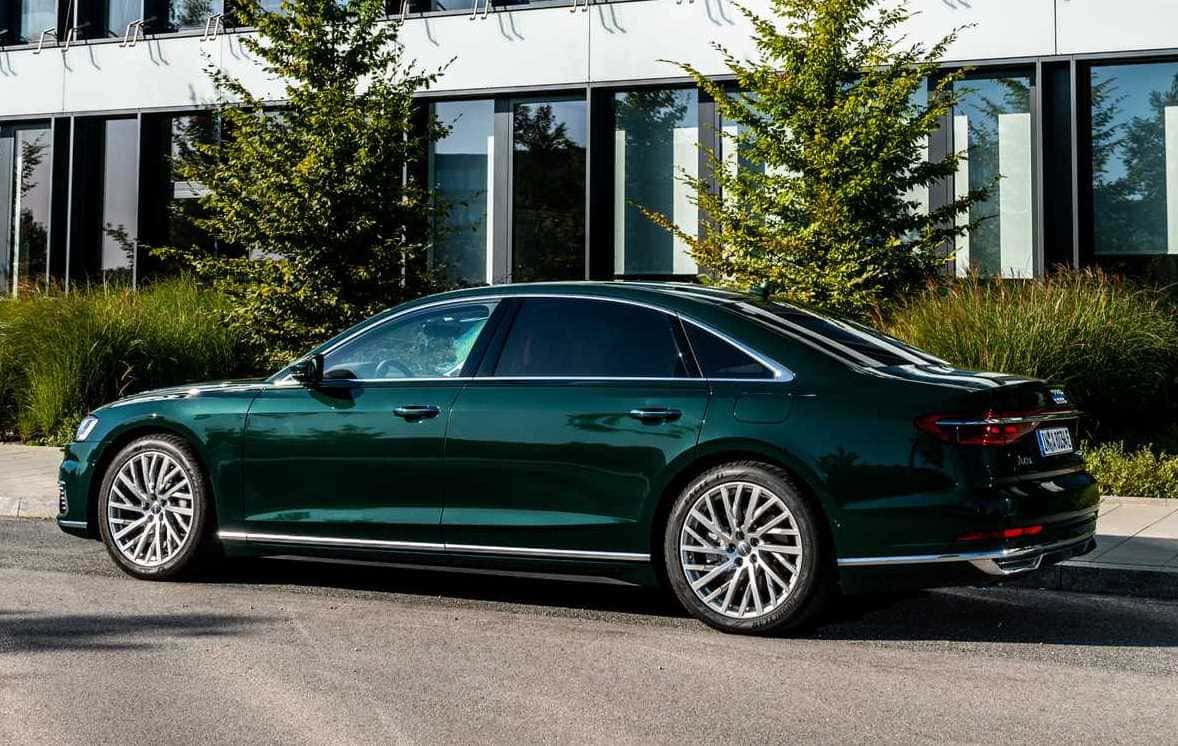 The resulting combined system output for the A8 L TFSIe is 443hp and 700Nm of torque, distributed permanently to all four wheels. That's enough for the big 5.3m limo to do the 0-62mph sprint in 4.9s. Audi claims that peak torque arrives from a lowly 1,250rpm – which is firmly in TDI diesel territory.

Also claimed is the ability to drive at up to 83mph in electric-only mode, with a WLTP-certified EV-mode range of up to 28 miles. The 14.1kWh battery is positioned under the boot floor, and although no charging time via a plug is quoted, Audi says its energy recuperation system can restore up to 80kW under braking.

Quoted fuel economy for the A8 L TFSIe is put at 113mpg, though this is measured using the NEDC standard. Efficiency boosting tech includes a heat pump, which uses waste heat from high-voltage components to provide heat for the four-zone climate control, and a system to ensure electric power is used intelligently if a route is programmed into the navigation. Customers can also pre-programme the ventilated seats and heated wheel prior to departure. 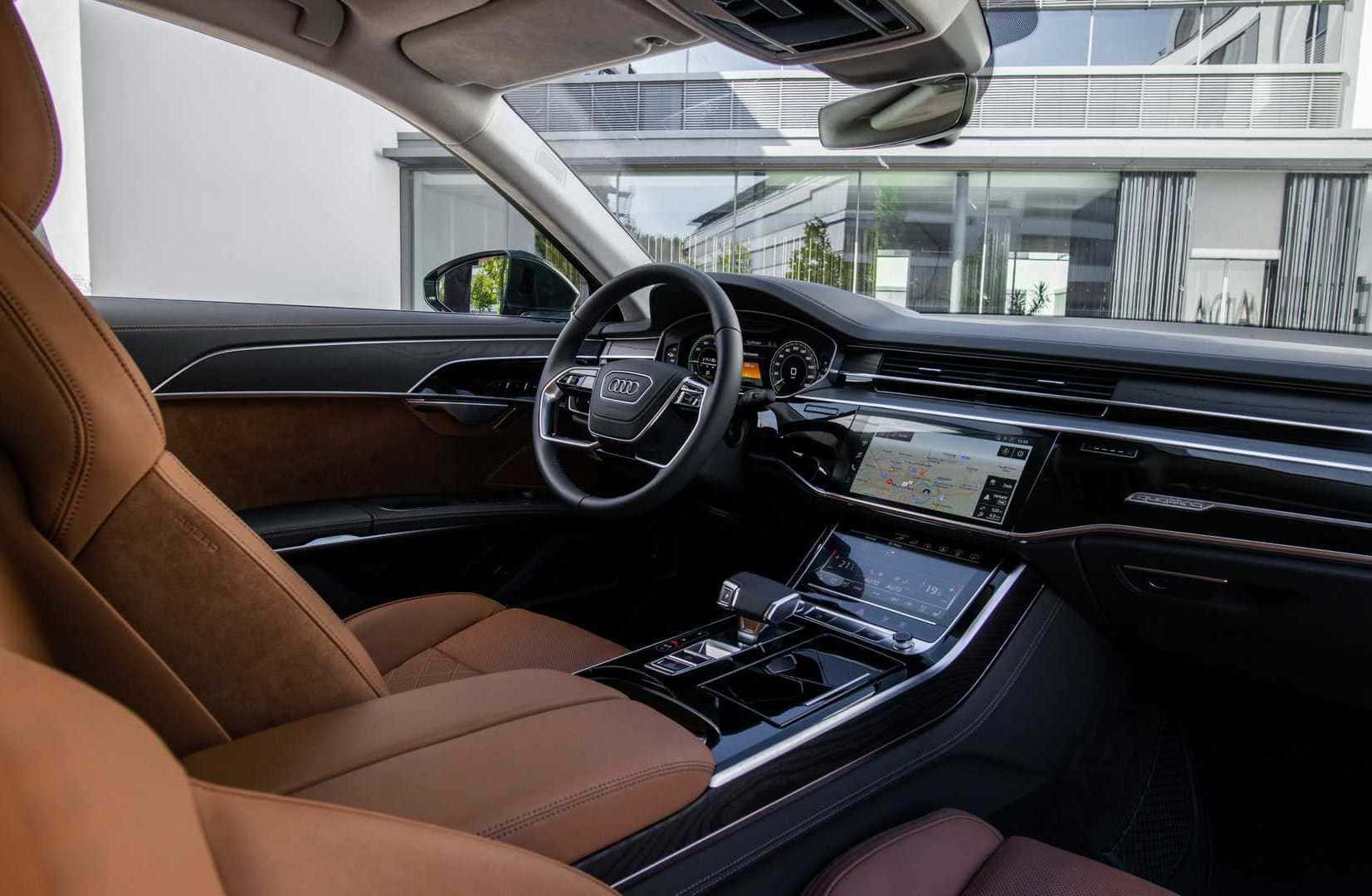 First deliveries of the A8 L TFSIe are expected in Q1/20. It will join its smaller sibling, the A6 55 TFSIe, alongside plug-in versions of the Q5 and A7 Sportback, all of which were first revealed at March’s Geneva motor show.

Audi’s latest A3 saloon receives mild-hybrid assistance and a raft of...