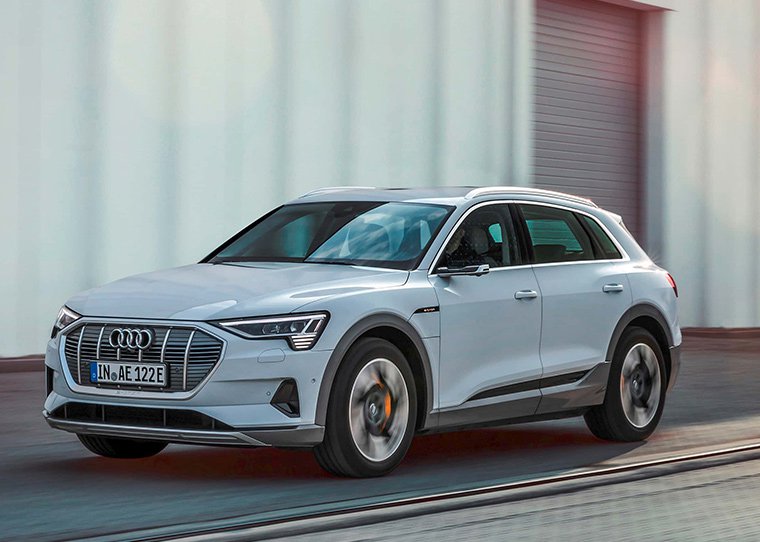 It’ll offer a lesser range of 186 miles and cost less to lease and is set to go on sale in the first few months of 2020. While the range-topping e-tron features a 95kWh battery, the 50 quattro has a smaller, 71kWh version, so performance and range are slightly reduced. Zero to 62mph takes seven seconds flat and its top speed is 118mph, compared to 5.7 seconds and 124mph respectively for the 55 version of the e-tron already on sale.

The smaller-capacity battery offers a lesser range of 186 miles, compared to the 225 miles of the 55 quattro, but this has its benefits. Using a 120kW fast-charger, the 50 quattro recharges to 80 per cent capacity in half an hour; the 55 quattro model takes over an hour to do the same. With a lighter battery, the 50 quattro should also be slightly better through corners than the standard car, which we found to feel a little heavy and cumbersome during our recent road test. Like its more powerful stablemate, the 50 quattro will have two electric motors, with priority given to the rear axle. The car is rear-wheel drive most of the time to increase efficiency but some of the power can be sent to the front wheels as and when required.

Regenerative braking also features on the new model, recovering the energy normally lost in braking and using it to recharge the battery. There’s also an ‘efficiency assistant’ to help you eke out as much range as possible, while other clever tech includes radar sensors, Car-to-X information sharing, adaptive cruise control and Audi’s Virtual Cockpit digital instrument cluster. All this adds up to the car being able to scan the road ahead to predictively brake and accelerate. Later this year, Audi will introduce an optional connect charging system, which will allow you to schedule off-peak charging and pre-set the climate control before you get in the car.

To register your interest in leasing the new Audi e-tron 50 quattro prior to its arrival early in 2020, please call our friendly and helpful sales team on 0161 826 9716.