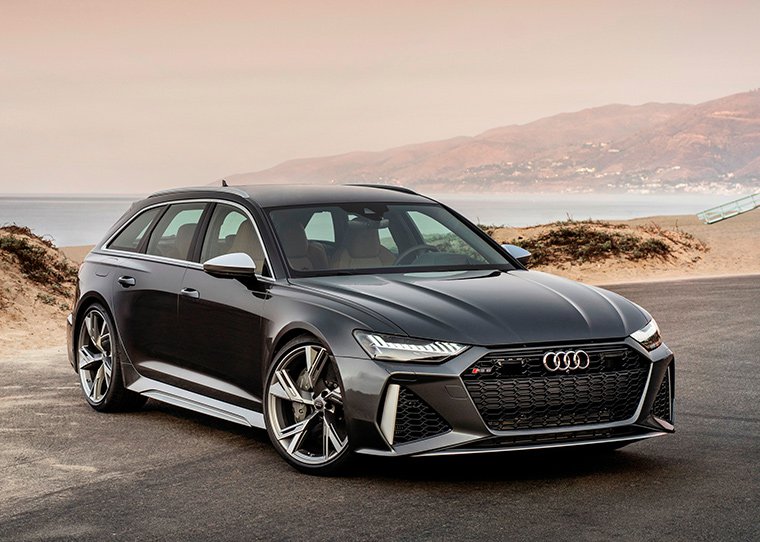 Both models are powered by an omnipotent 600hp twin-turbo V8 TFSI engine delivering 800Nm of peak torque sent to the road via the eight-speed tiptronic ‘box via a centre differential-based quattro all-wheel-drive, backed up by the sport differential acting on the rear axle.

From a standing start, 62mph is reached in a blistering 3.6 seconds and, where conditions permit 124mph will arrive in 12 seconds. Top speed is electronically governed at 155mph, or 174mph in the Vorsprung and Launch Edition versions. To add a tinge of green to all that power is the deployment of 48v mild hybrid technology, which harvests energy usually lost during light deceleration and stores it in a separate lithium-ion battery. The system also initiates coasting at speeds of between 34 and 99mph for up to 40 seconds with the engine switched off. A cylinder-on-demand (COD) system deactivates four of the V8’s eight cylinders to conserve fuel at low to intermediate loads and speeds.

Dynamic all-wheel steering is also standard throughout the ranges to assist low-speed manoeuvrability and high-speed stability and three of the four variants in each line-up couple that with RS-specific adaptive air suspension. The RS sport suspension with diagonally linked adaptive dampers is the basis of the Dynamic Ride Control system and is standard for the top-tier Vorsprung versions and an option on all other versions. Inside, all models are equipped with heated and ventilated front RS sport seats clad in Valcona leather, an electrically adjustable flat-bottomed RS steering wheel incorporating new, larger aluminium shift paddles and a new RS mode button for two new driver profiles – RS1 and RS2 - that can be set and saved via the Audi drive select system. For a limited period, the Launch Editions will combine highlights from all the variants such as red brake callipers, exclusive 22-inch alloy wheels with a black gloss turned finish, and a gloss black styling pack. The panoramic glass sunroof, a Bang & Olufsen 3D sound system and sport exhaust are also standard, as is the 155mph top speed de-restriction to 174mph.