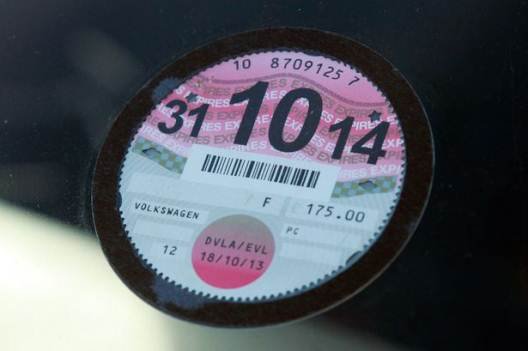 Are you still displaying your vehicle tax disc?

What's in our windscreens?

Even though there's no longer any requirement to display a tax disc or holder in your car windscreen, plenty of people have just left one or both as it is, long after the law has changed.

So that means 61% of people surveyed have taken a very half-hearted approach to the changes, and only a third have done away with their discs altogether.

Why are they still there?

The image of the stubborn Brit is hard to shake when you consider the responses we received on asking why UK drivers are still displaying their tax discs:

So that's a combined 55% of drivers who simply can't be bothered to remove the disc or holder! 10% weren't aware that they didn't have to display it any longer, whereas 13% decided to just leave it there anyway just in case.

A very strange 3% of style-conscious people have left their disc or holder in place because they like the way it looks, whereas 5% of people can't get it out because it's stuck.

Who's behind the times?

People are more likely to still be displaying a disc or holder in certain parts of the country. Far out ahead are Londoners, 74% of whom still have something in their windscreen unnecessarily. In Northern Ireland, 70% of people surveyed were still displaying something, as well as over 60% of those in Scotland and the South East.

It was the East Midlands where people were most up to speed with the new rules – only 40% of the people we surveyed in the area still had a disc or holder in their windscreen.

You may expect older drivers to be clinging to old tax traditions, but the under-24s turned out to be the most likely to have kept their disc or holder in place. 69% were prone to the laziness of youth, whereas a slightly lower 60% of those over 54 saw their windscreens ruled by the stubbornness of age. Those aged 25-32 were the most likely to have ditched their discs, with just 54% still displaying something.

The new system is slowly gaining traction with UK drivers, though – as more and more of us continue to remove discs and holders from their windscreens as time goes on, we're slowly adapting. Still, almost half of us (48%) say we miss the old system, proving that many of us Brits will always be set in our ways.