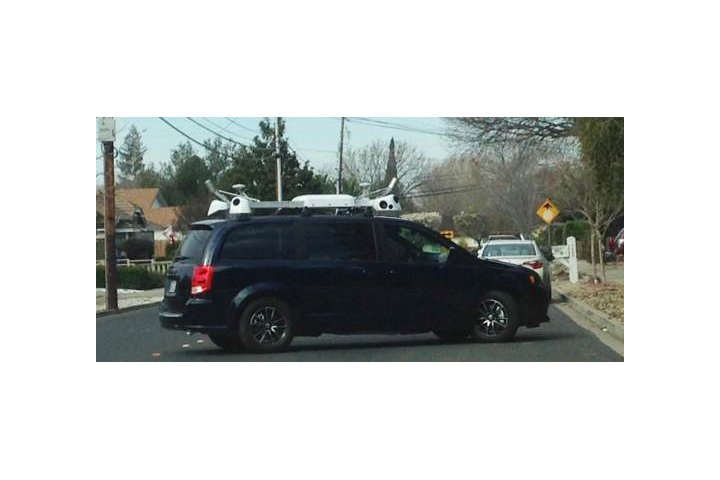 10 February 2015
Covered in cameras and scanning equipment, the car was confirmed to be leased to Apple by the number plate. The people carrier sported 12 cameras and a scanner called a lidar sensor. It was spotted by a Bay Area local and talked about on a blog called Clayton news and talk. It may indicate the company is prepping for a large scale update to its maps app for the iPhone and iPad.

The update is expected to launch in the summer for the iPhone and iPad. The possibility of a new feature would mean a large investment on Apple’s part. It’s a case of employing a fleet of cars to map and photograph various roads. A similar car was also spotted in New York last year.

Apples maps has invested a large amount of time to improving the app since its launch in 2012. Bugs and glitches forced chief executive Tim Cook to make a public apology to ease user frustration. Since then the company has learned from past mistakes, making sure to improve the app at every available opportunity.

Providing the update goes ahead it could amplify the accuracy of the mapping system. Apple may reach, or even surpass direct competitors Google and Nokia’s Here maps. As technology grows it is interesting to think about the future of map systems. New territories are explored each year, boundaries are pushed and potential is only limited by imagination.
The Leasing Lounge
Latest News
Vehicle Reviews