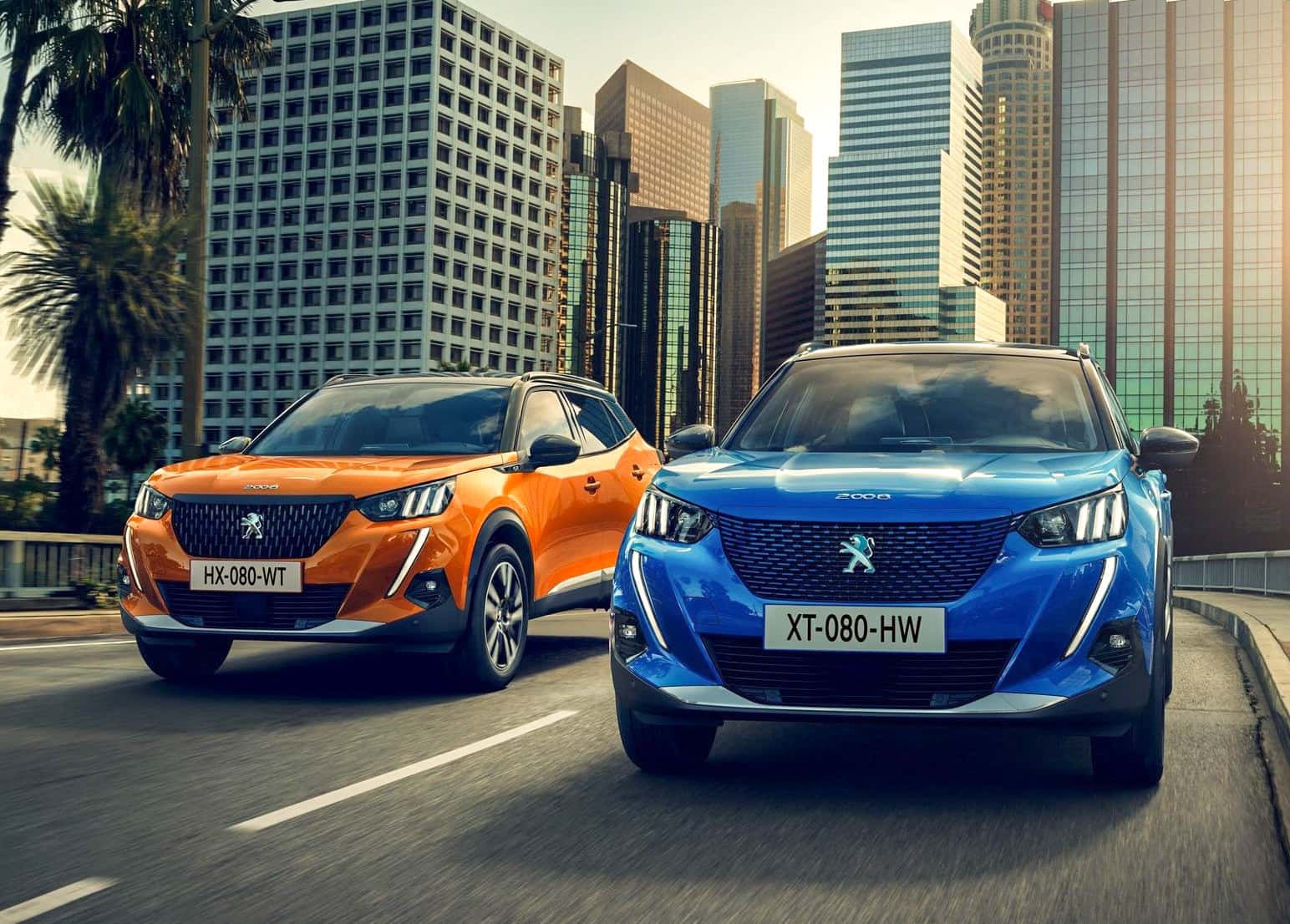 The all-new 2020 Peugeot 2008 is the second generation of the popular French crossover, which now looks more like a compact SUV having taken the best styling bits from the larger 3008 and 5008 SUVs.

It takes over from the outgoing model with a new suite of driver tech, interior features, and personalisation options. But the big news is that it will also be available in all-electric e-2008 form, reinforcing the company's strategy of offering all its models in petrol, diesel and electric forms.

It continues in the crowded market for small family cars which is packed with some interesting rivals. It goes up against everything from the now aging Nissan Juke, the popular Renault Captur and Vauxhall Mokka X to the excellent Mazda CX-3.

The good news for Peugeot is that although the existing 2008 hasn't exactly released too many sparks in the automotive world, the larger 3008 and 5008 SUVs have performed exceptionally well and the company hopes that buyers will find their revitalised smaller sister car just as appealing. 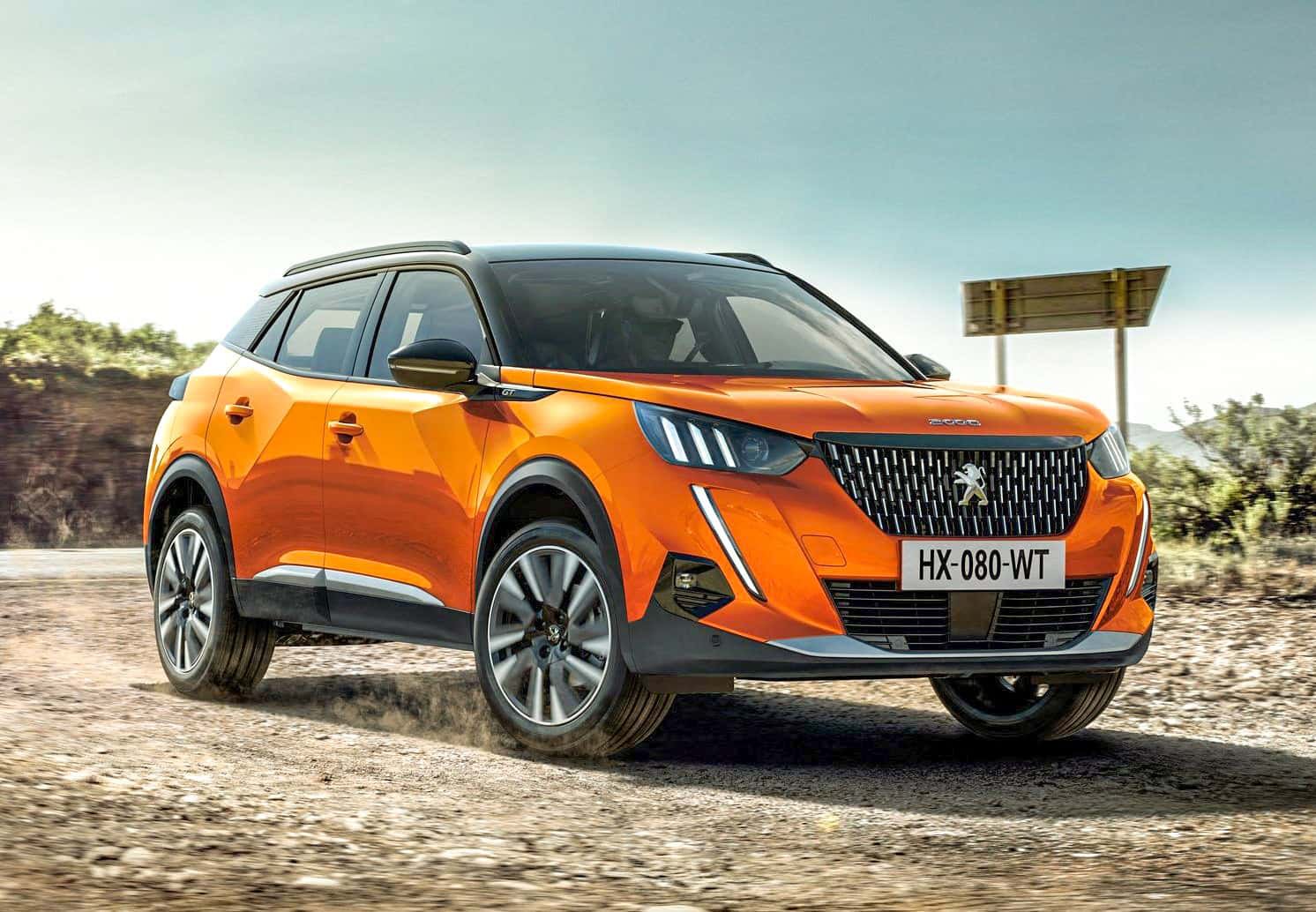 The new 2008 certainly has more visual impact than before. Peugeot says that its strong-looking front end gives the car a tougher stance with the bonnet and grille heavily sculpted in the Peugeot style. The diamond- chiselled flanks will perhaps be an acquired taste but the LED daytime running lights continue the cat's claws theme front and rear to help make it easily identifiable.

The 18-inch wheels have inserts that can be colour coded to your choice – and continuing that theme, the roof and C-pillars are also available in contrasting colours. All models get LED headlights, too.

The three-model range gets differing treatments inside, too. You get orange detailing inside the Active version, blue on the Allure, while the more sporting GT Line models get a darker style. To afford the GT Line’s interior some more visual interest, eight-colour adjustable mood lighting allows you to change the way it looks at night. 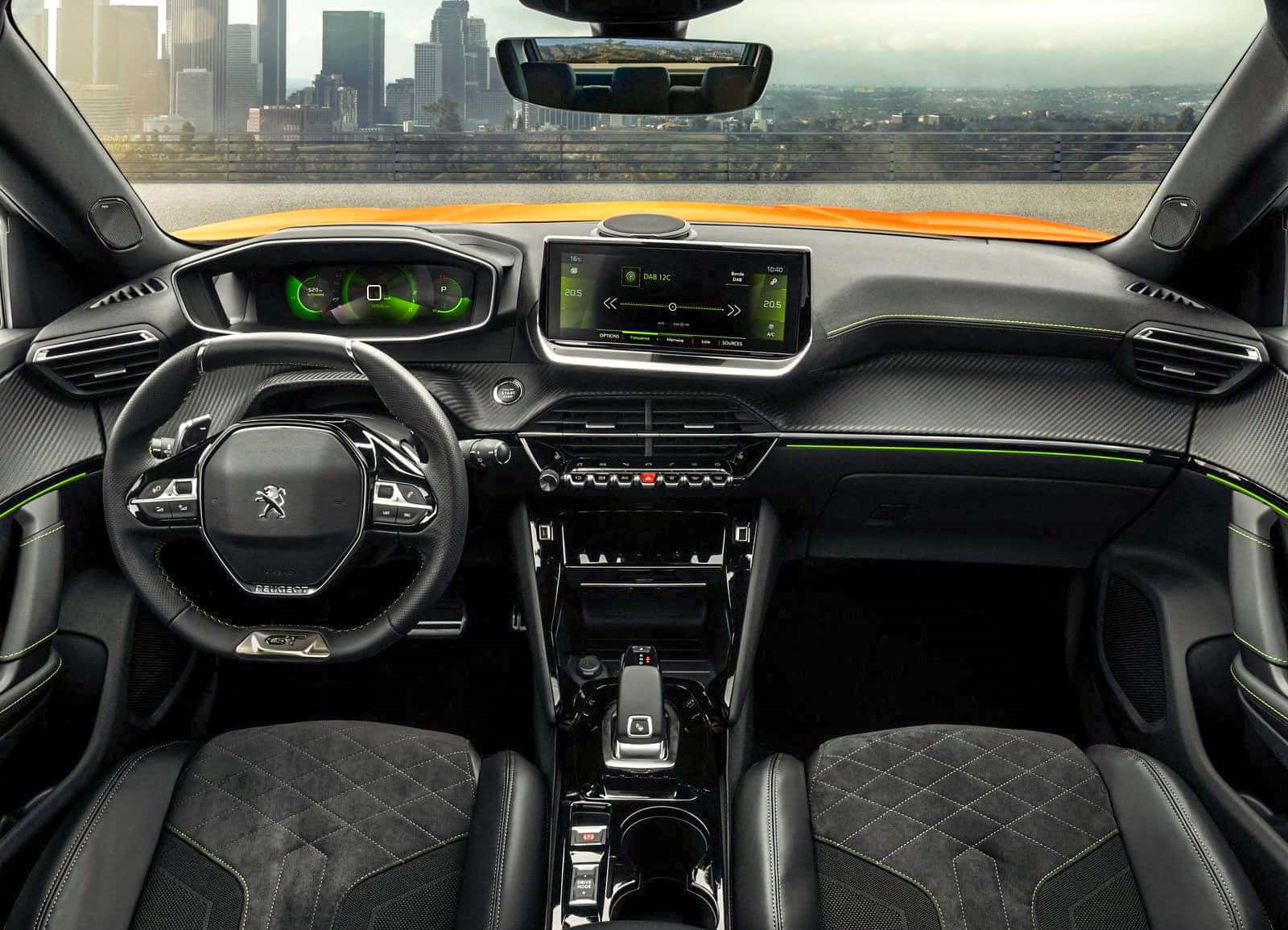 The new all-digital i-Cockpit gets its first airing in this 2008 along with an upgrade to i-Cockpit 3D spec. This system replaces traditional dials with a laptop-style TFT screen, giving the driver a choice of displays. It's a system that's already proved popular in larger Peugeots, and its arrival in the 2008 will bring this technology to more drivers. The main instruments are in a cluster above the small steering wheel, and work in tandem with the large (up-to 10-inch) central touchscreen.

Peugeot claims that the five-seat 2008 is roomier than before, with particular attention paid to rear-seat passenger space. It's about the same size as a Vauxhall Mokka X, but should be roomier inside. The boot, which comes in at 434 litres is larger than its immediate rivals – and should be able to swallow the weekly shop without too much trouble. It has a split floor, which when it's in its higher boot-floor configuration, should leave a flat floor with the rear seats folded. 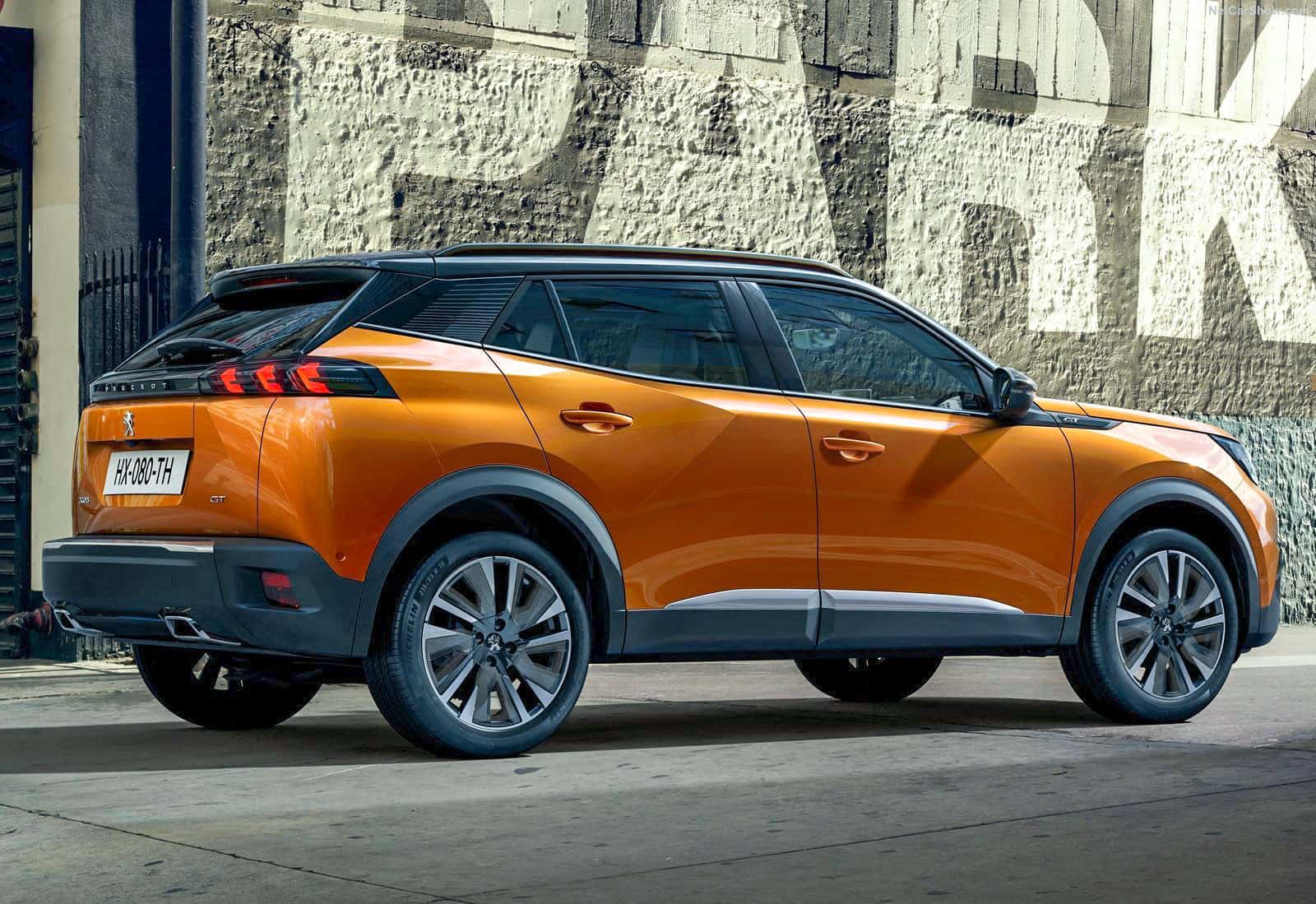 For the engine line-up, Peugeot has three petrols and two diesels to choose from, all which meet the latest emissions standards. All have stop-start and a particle filter included.

All petrol models are based on the excellent PureTech 1.2-litre three-cylinder unit. Power options are 100hp (manual only), 130hp (manual or eight-speed auto) or 155hp (auto only).

Like the petrol models, both diesel versions offer different power outputs for the same engine. It's a 1.5-litre four-cylinder BlueHDI that comes in 100hp six-speed manual form or 130hp eight-speed auto.

The electric e-2008 joins the e-208 in swelling the ranks of battery-powered Peugeots. The only version available from launch will have 136hp along with all the advantages of instant and effortless pulling power from a standing start. According to Peugeot, it will have a range of 190 miles (WLTP standard), which should equate to around 170-180 miles in the real world, with perhaps slightly less during the colder months. 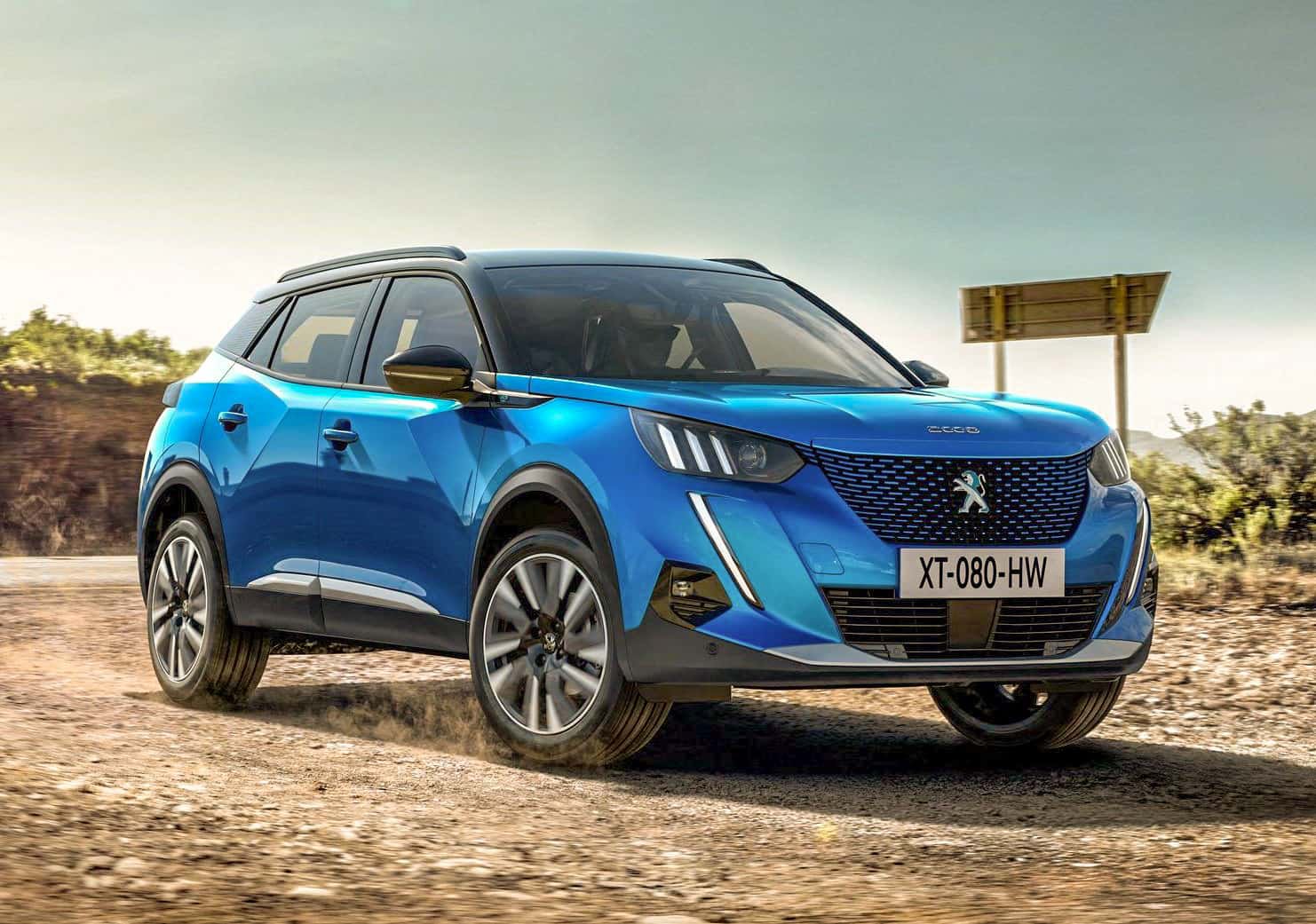 The power pack comes with a 100,000-mile eight-year warranty for 70% of its charging capacity. You get a selection of drive modes, which alter the level of energy recovery when braking. Like the Volkswagen e-Golf, that means a standard D-mode for normal driving or B-mode when you want to maximise energy charging to the battery when slowing. 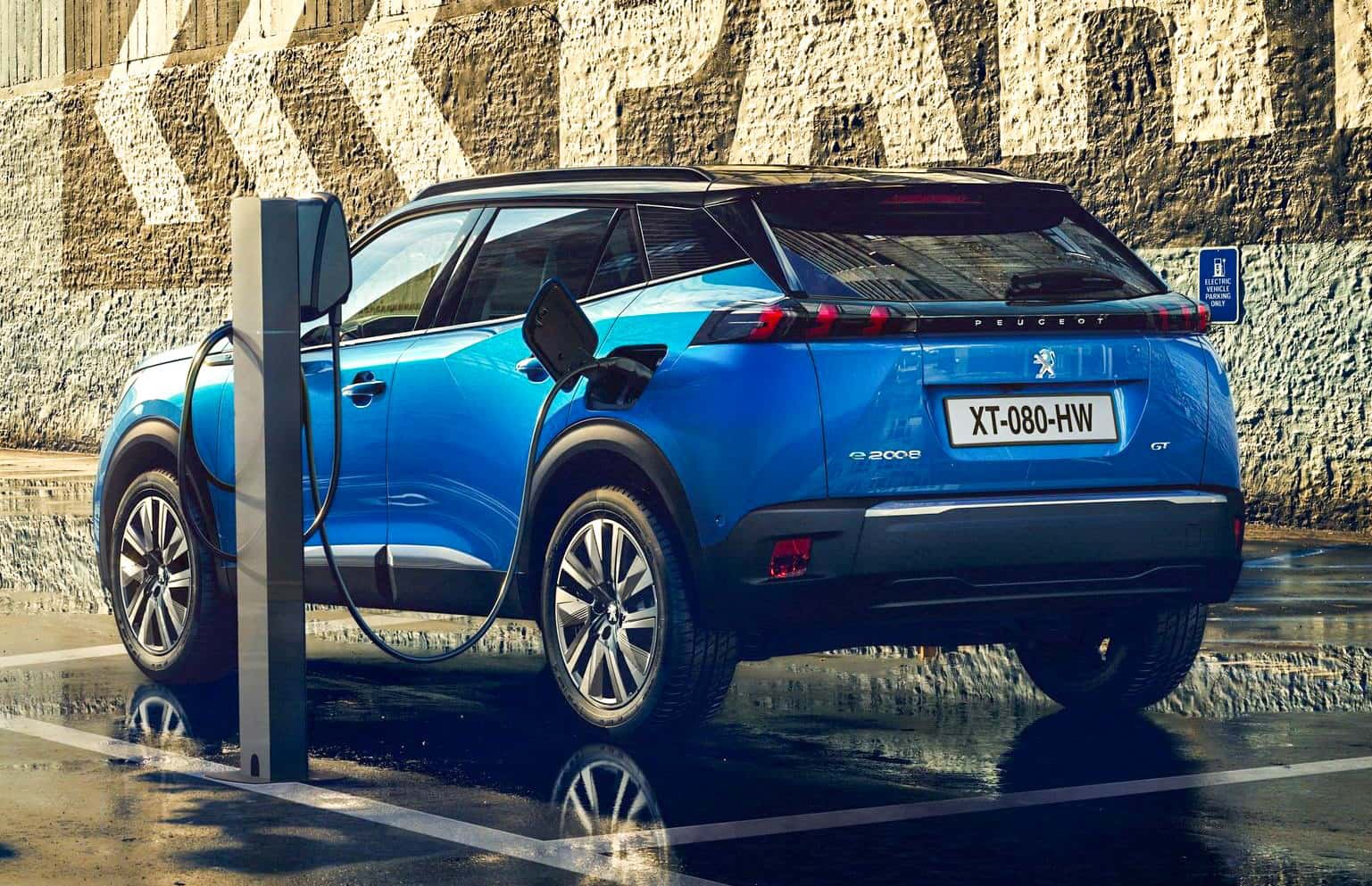 In terms of charging times, expect five and eight hours for a complete charge with a domestic wall box and as little as 30 minutes for an 80% top-up on the fastest public chargers. You can remotely control charging, and even set it up to warm up the interior of the car before setting off (just like the e-Golf or Nissan Leaf). 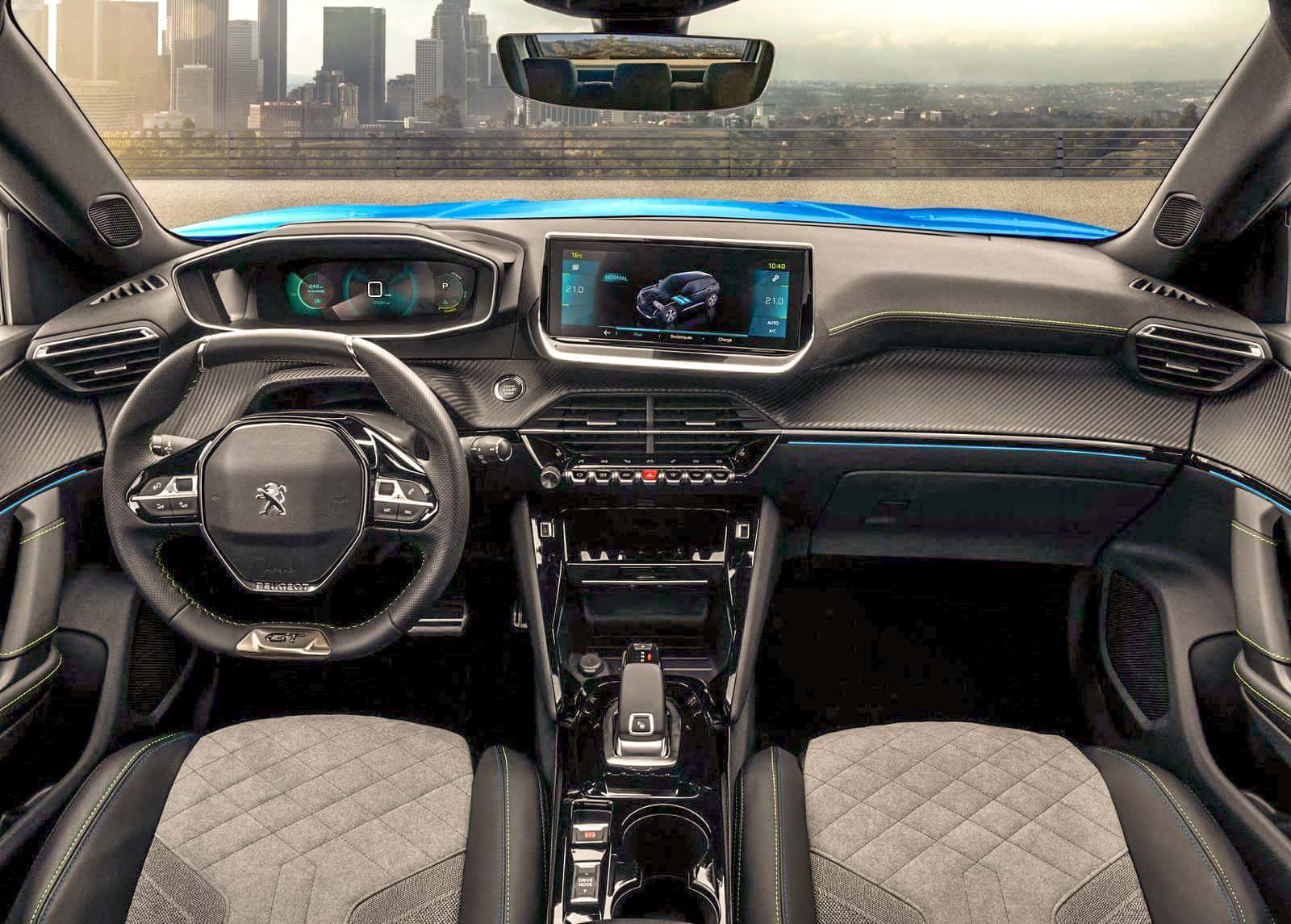 Skoda will debut its rough-and-tough looking Kamiq Scoutline at the...