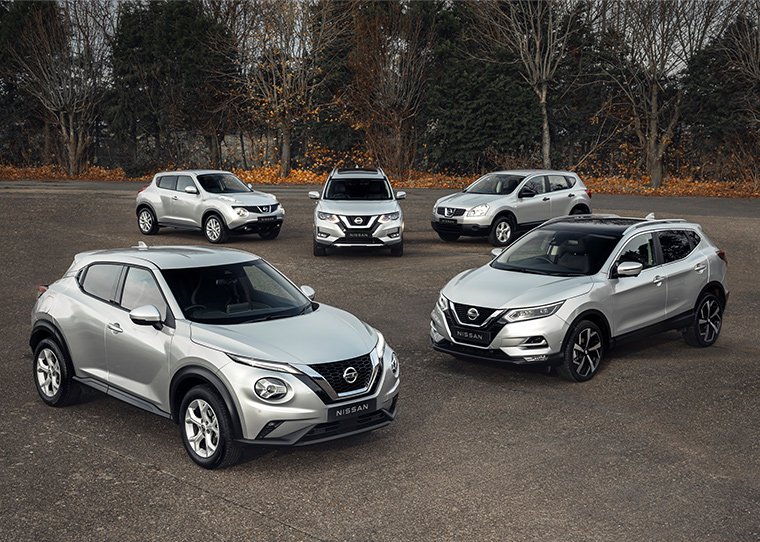 The Nissan crossover SUV range comprises the Juke, Qashqai and the larger X-Trail. 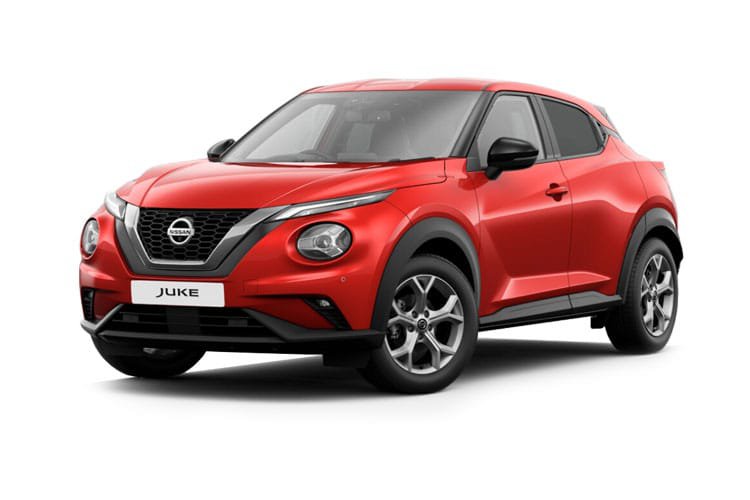 The Juke has been on sale in the UK since 2010 and received a facelift last year. This super-mini sized crossover has sold over 310,000 units since its introduction, taking the UK by storm by offering something different not only in looks but size; compared to conventional hatchbacks and superminis. Its high-up seating position allows clear views all round. Handling on the second generation or face-lifted Juke has been sharpened, giving a sporty hatchback feel to a super-mini sized Crossover, with a punchy but efficient three-cylinder turbocharged 1.0 engine. 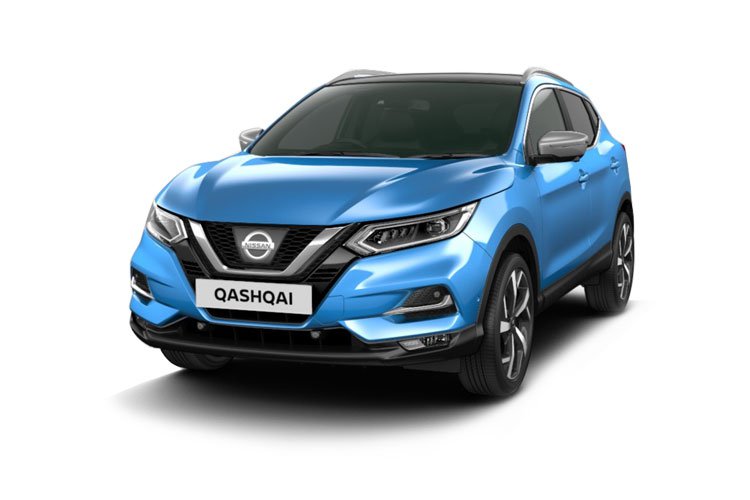 The Qashqai is to crossovers, what the MK1 Golf GTI was to hot hatches. The Qashqai invented the new crossover formula, combining hatchback sized footprint on the road with SUV styling.

With over 620,000 sold in the UK since its introduction in 2007, the MK1 and MK2 Qashqai has been hugely popular with British families. The constantly evolving Qashqai has featured in the top quarter of the sales charts since its introduction, with an update in 2017 and new improved engines and gearboxes introduced in 2019, it sees off competition from some strong class rivals. The MK2 Qashqai is the perfect all-rounder doing every aspect of crossover life well, without any areas excelling or falling foul it’s the perfect do-all stylish and well spec’d crossover.

Both the Juke and Qashqai are built at Nissan's Sunderland plant, with over 900,000 units rolling off the production line. It is a positive sign that Nissan has chosen to build the MK3 Qashqai in Sunderland too, planned for release sometime in 2021. The 3rd SUV in Nissan's crossover-based line up in the X-Trail and whilst built in Japan, it is still popular in the UK. The third generation was introduced in 2014, with sales exceeding 67,000. This design is more of a crossover than the previous versions, which were truer off-road-focused vehicles, whilst the 3rd generation really suits the needs of families as a large crossover, being able to cope with an urban lifestyle but still keeping the important driving aids should the terrain become extreme.