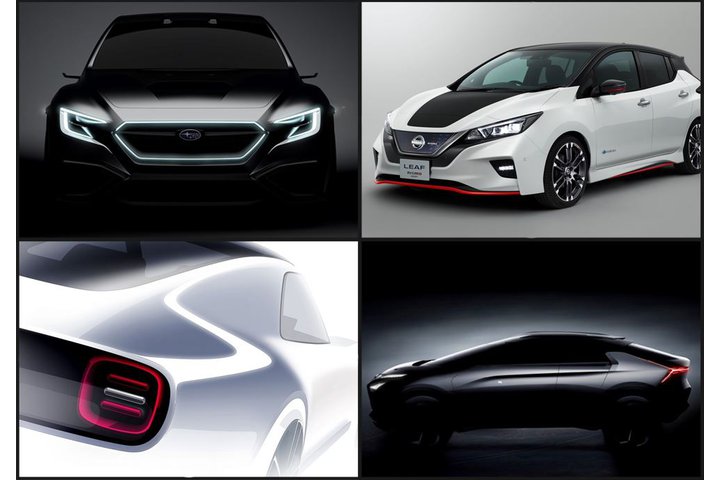 All eyes will be on Tokyo later this month as the world's manufacturers descend for the city's biennial motorshow. Japan is probably the most technology obsessed country in the world as well as one of the more eccentric ones too, and true to form the Tokyo Motorshow tends to feature tons of crazy futuristic vehicles at every turn. So read on to see what's likely to be on display as these concepts might just predict the cars of tomorrow! After stealing the show in Frankfurt with their Urban EV Concept city car, this time Honda are aiming to blow competitors away with the Sports EV Concept. So what can we expect from this all new electric sports car? Apparently features will include “a striking silhouette, friendly face and supple body surfaces, all designed to ensure the car blends into any lifestyle.” The vehicle aims to please, hoping to bring “a feeling of joy and emotional unity to the drive” - that'll be the friendly face and supple body I guess. It's fair to say electric cars haven't always had the coolest image, save for Tesla of course. Like the kid who got picked on at school they're usually small, awkward-looking and not particularly sporty. These are certainly accusations you could level at the Nissan Leaf for example, but the Nismo aims to change all that. There are no details yet about the performance this souped up Leaf will offer, but judging by the leaked images that body looks likely to turn heads. Rumour has it Lexus are set for a big reveal in Tokyo with a snap of a new high performance flagship saloon leaked recently in a Japanese car magazine. Word on the street is the Lexus LS F will be powered by a monster 4.0-litre, twin-turbocharged V-8 capable of producing 600bhp. If the image is correct this stunning new car will feature the same aggressive style language from recent Lexus vehicles It's going to be busy week or so in Tokyo for Toyota, with a number of new cars likely to be unveiled for the first time. One that we've already seen pictures of is the GR HV Sports Concept and this car is something a little bit special, it will feature both an automatic and manual transmission- well sort of. A flick of the button on the gear knob will allow the driver to use it change gears as if it was a stick shift. Watch out driving instructors this clever new motor from Mitsubishi could be after your job. The e-Evolution is a futuristic looking all electric SUV that will feature an Artificial Intelligence coaching system that will train its driver, offering helpful feedback based on your driving skills- so a bit like having your other half in the car then... Mitsubishi aren't the only manufacturer aiming to introduce their take on autonomous motoring of course, Subaru will unveil more details of their EyeSight driver-assist technology in the new Viziv Performance concept. The teaser images suggest this sporty new hatch will have similar looks to the new Impreza with its contoured bonnet and muscular wheel arches.