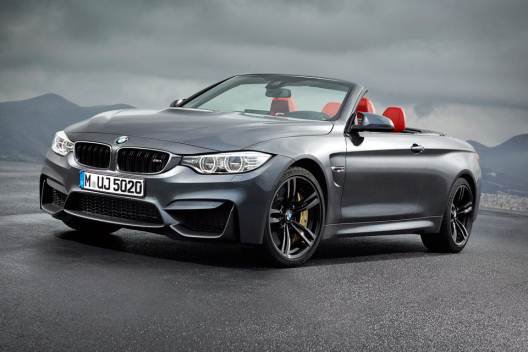 BMW have just released a new convertible version of the M4 coupe. The new hard top M4 convertible has been developed as closely to the very popular M4 coupe to try and attempt to keep the driver friendly driving style and interior appearance. These aesthetic design priorities have been held up and it has created a familiar feeling to the car that drivers of the M4 coupe will easily recognise. These priorities have also been pushed to the design of the folding roof as the implication of a 3 piece folding set has allowed the car to take a very similar shape to the coupe when the roof and windows are up.

They second major victory for the M4 is the fact that when the roof is down the ride quality is still superb. This comes from the very efficient combination of the windows and wind reflector blocking the majority of the head buffeting wind that occurs at higher speeds where mod coms such as climate control ease any other issues that occur with the roof being lowered. With all of this the car can still reach a reasonable 155mph from the straight 6 engine (though no many take a convertible to those speeds), the car is also not as thirsty as many convertibles and can reach a promised 32.5mpg. this good economic oputput is form the slight weight shedding the car has gone under to compensate for the necessary extra support the chasis needs with it being a convertible car.