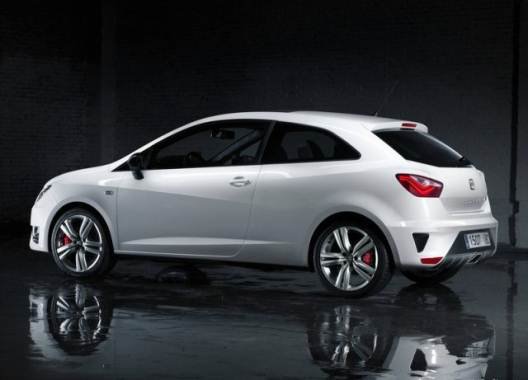 SEAT Ibiza: What Do The Reviews Say?

The SEAT Ibiza is a fun drive and looks good. As a result, it's a strong rival to the likes of the Ford Fiesta, Hyundai i20 and Vauxhall Corsa. You may not realise it, but the SEAT is actually owned by Volkswagen and the Ibiza is based on the VW Polo. A solid and well-built car, its credentials are excellent - but don't take just our word for it. Here's a breakdown of some of the reviews out there so you can make your own mind up:

WhatCar praise the SEAT Ibiza for being the ultimate in terms of performance and affordability. The diesel model, in their opinion, has the perfect balance; the body is well controlled, the suspension is quiet and supple and the car feels "grippy and predictable". Running costs are fantastic and the reason it is one of the best choices is because it's well priced, well equipped and the engine is good in most situations.

Describing the SEAT Ibiza as a "stylish supermini", the five-door hatchback offers ample space and a good-sized boot, so it should satisfy people looking at other cars such as the Ford Fiesta or Renault Clio. Its interior is "well laid-out and robust" and it does a good job of blocking out engine, wind and road noise. The boot is a little bigger than the Ford Fiesta. Because it's built from the same quality parts that go into Volkswagen, Audi and Skoda, the Ibiza is a dependable little car.

Good looking, well-priced and spacious – just some of the words AutoCar use to describe the SEAT Ibiza. AutoCar loves the layout of its dials and its neat touches inside – there's a dock for your Sat Nav and two Aux ports, for example. They believe Ibiza's target audience is a slightly younger generation. They admire the comfortable and supportive seats with adjustable height. Performance-wise, it steers with "precision and accuracy".

This "stylish small car", says AutoExpress, looks great when compared to its rivals – no surprise seeing as it was styled by Lamborghini's former design boss. According to them, it was one of the best superminis of 2013. The stylish exterior doesn't mean the car has sacrificed on its practicality; the spacious interior compares well to other smaller calls. It's also one of the sportiest-looking superminis around, with a quality interior that feels like it's "built to last".

SEAT's styling gives it a "smart, crisp appearance", according to the newspaper's review. As you might expect from VW, there's a "quality feel throughout". They praise the great practical touches, such as the little tray under the parcel shelf, which holds items that would otherwise be rolling around in the boot.