Audi has revealed its seventh and latest SUV. The new Audi Q3 Sportback is a sleeker, more raked version of the standard Q3, with a focus on design instead of outright practicality.

It’ll go on sale in August, with first deliveries starting in the autumn. Its rivals include the BMW X2, Mercedes GLC Coupe and Jaguar E-Pace. 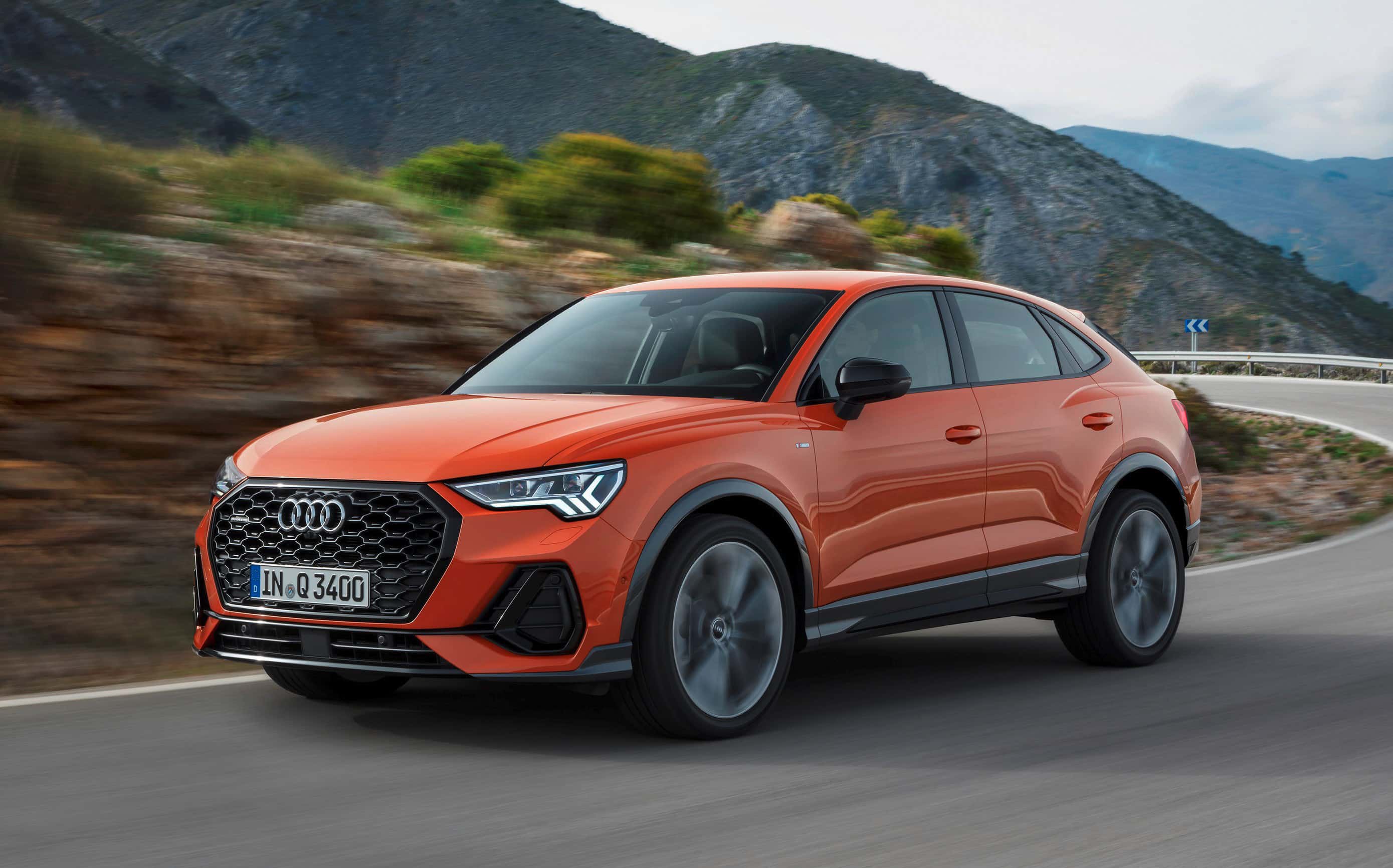 The dimension changes are small, with the Sportback being 16mm longer and 29mm lower than a regular Q3. The new car combines a high window-line, steeper windscreens and a sloping roof to give it a more desirable coupe look than the regular Audi Q3. It also gets muscular wheel arches and a tweaked rear end, although the front end will be almost entirely shared with the Q3 SUV. Glossy black exterior detailing and 17-inch alloy wheels are fitted as standard.

To highlight its position as a sportier version of the Q3, the Q3 Sportback comes with Audi’s sports suspension. Just as with the firmer suspension on S line versions of other Audi models, buyers can opt for the standard suspension at no extra cost. All versions of the Q3 Sportback will feature Audi Drive Select driving modes, which adjust the engine, gearbox, traction control, suspension and steering depending on whether you want the car to prioritise comfort, handling or economy. 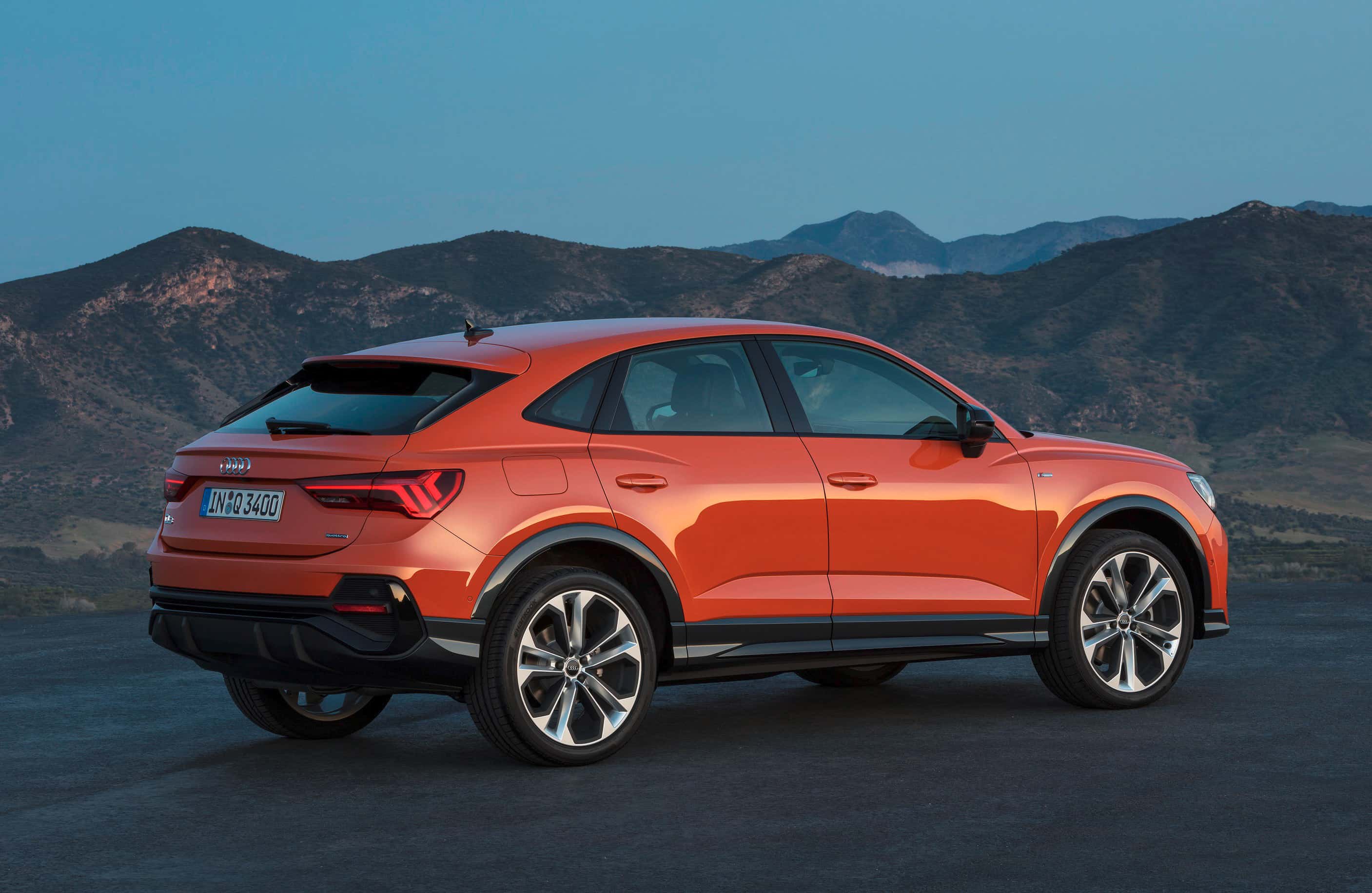 From launch, the engine range will include a 2.0-litre petrol engine and two versions of a 2.0-litre diesel engine. The petrol, badged 45 TFSI, produces 227hp, while the 35 TDI and 40 TDI models develop 148 and 187hp respectively. Only the 35 TDI is currently available with front-wheel drive and a manual gearbox - the other two are four-wheel drive and have a seven-speed automatic gearbox.

Likely due early next year, there will also be a 1.5-litre petrol engine with 48V mild-hybrid technology to reduce fuel consumption and CO2 emissions. The 48V system will allow the engine to shut down when coasting and two of the four cylinders can shut down when high power isn’t required. It’ll be badged 35 TFSI and will come with front-wheel drive and a manual gearbox as standard; optional will be four-wheel drive and an automatic gearbox. 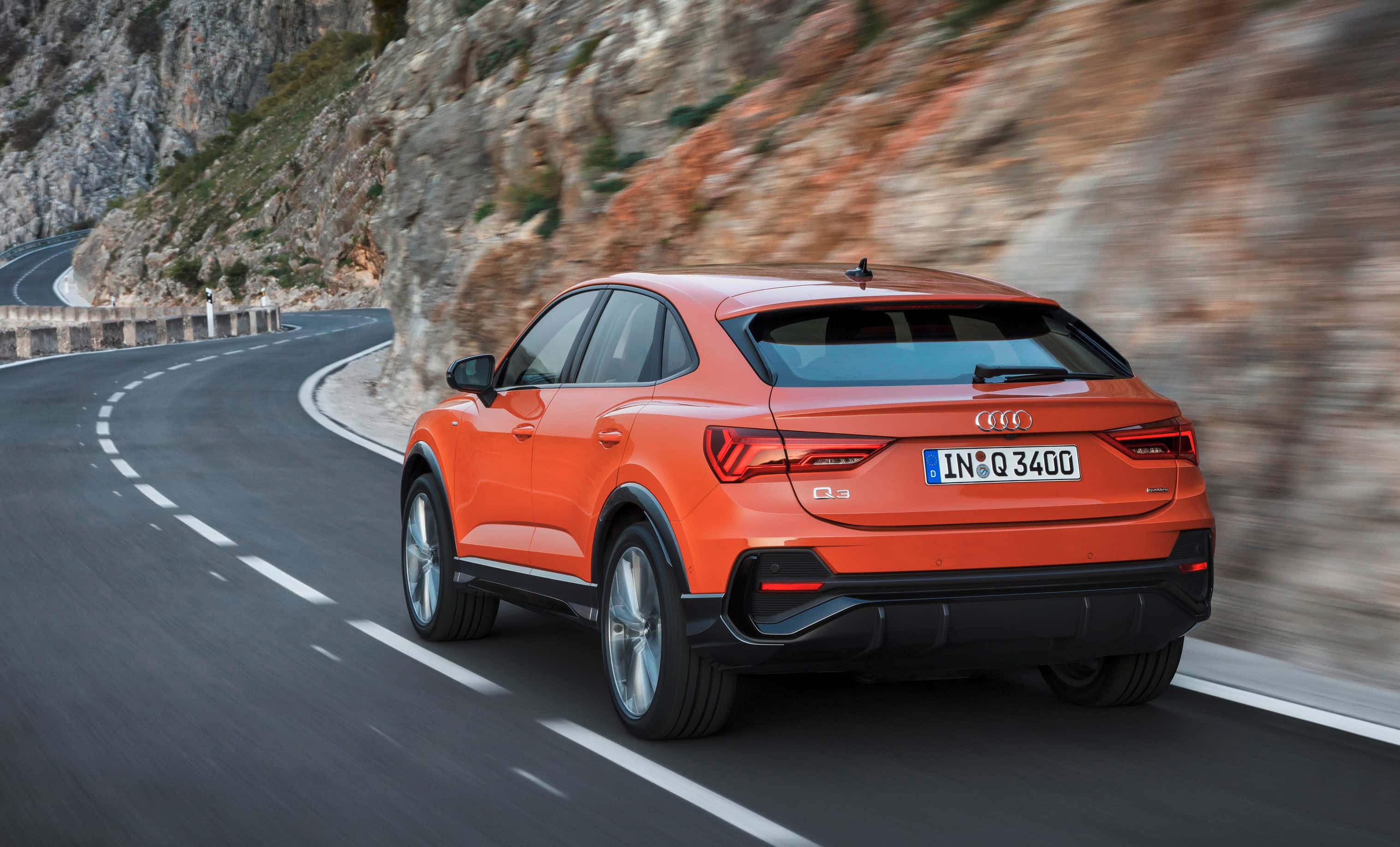 The Audi Q3 Sportback is the first Audi to get new car-to-infrastructure technology, which for now works in a handful of European cities. With data shared from other Audis, the infotainment can show if nearby parking spaces are free and even whether traffic lights are about to change.

However, you’ll have to pay extra to get the 12.3-inch Audi Virtual Cockpit over the standard digital instrument panel and you’ll also have to pay if you want an advanced infotainment package that includes Google Maps, voice control and the Amazon Alexa voice assistant. Despite its raked roof line, the Sportback is more practical than you might expect. Its boot offers the same 530-litre capacity as the standard Q3 when filled to the parcel shelf but if you fill to the roof then the Sportback is clearly at a disadvantage. You get 1,400 litres with the seats down, which is just over 100 litres less than the Q3. Rear headroom is also likely to be less generous than the regular Q3 but you can at least move the rear seat bench forwards and backwards to prioritise boot or passenger space.

The Audi Q3 Sportback was originally going to be called the Q4 but that badge is now going to be used on the Q4 e-tron electric SUV, a concept of which was revealed at the 2019 Geneva motor show. It is expected to come to market in 2020 and will be slightly smaller than the Audi e-tron.