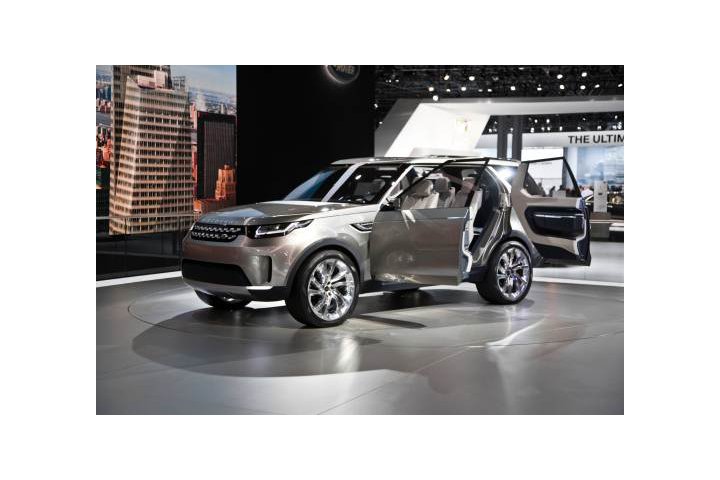 Land Rover have taken an idea straight from the James Bond movie Tomorrow Never dies where Bond drives his BMW 750IL form the back seat using his mobile phone, well the new Discovery Vision now has a remote control feature where a person can drive at slow speeds using their phone, tablet or the console supplied in the car. The remote control feature of the car is specifically designed to be an all terrain progress control and will work along with an “invisible” bonnet to ensure drivers can slowly progress over deep crevices and large rocks when needed. The car itself however has a practical design where the doors open with a swipe of the hand and the car can comfortably seat 7 people due to the large boot and cabin space.

This car is the latest release by Jaguar Land Rover and seeks to build on the excellent sales that the Range Rover Evoque and the Jaguar F-Type have had recently as the company looks to continue its greatest ever period of business in its history. This historic rise comes from the billions of pounds worth of investment the company has put into the research and development to create ground breaking technology to push the company into the next generation of cars. The car will be released for sale in towards the end of next year and is likely to cost around £30,000.