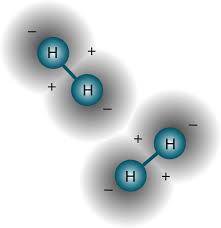 Here comes the next wave of Hydrogen powered cars

This new car does exactly what it says on the tin and is Toyota’s new hydrogen fuel cell powered car and unlike Honda’s FCX it is not a limited number but rather a production vehicle meant for general sale worldwide.

The hydrogen fuel cell powered car is a car that by design emits nothing but water vapour meaning it is a carbon neutral car a sought after commodity in modern times . This has lead to various companies attempting to create their own hydrogen cell system however due to the lack of hydrogen fuelling stations that there are available there is a general reluctance for companies to release cars on the very specific fuel type. The push for hydrogen fuelled cell cars has been big in the past few years as companies attempt to comply with the EU regulations stating that their average CO2 emissions must be below 95g/km in 2020.

The Toyota fuel cell however has been in development for decades and has allowed them to produce their version for the car relatively cheaply compared to the other manufactures. Toyota appears to have also solved the problems of the size of the tank and the noise it produces; they have done this by splitting the collection tank into two higher pressured but smaller tanks. The higher pressure tanks allow the fuel to leave the tank at the same speed but through a smaller valve reducing the sound created and the two tanks means they can fit into spaces underneath the seats and not affecting the internal space.