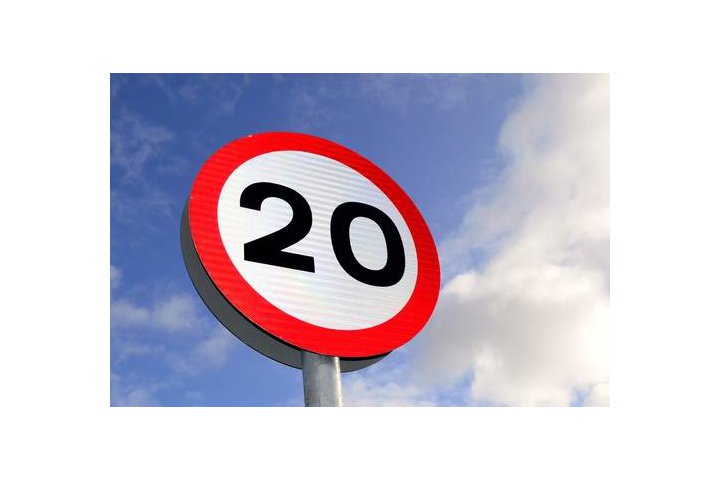 Half Of UK Drivers Oppose 20Mph Speed Limit In Towns

Half of the drivers in Britain are against the 20mph speed limit on urban roads, a poll conducted by the Institute of Advanced Motorists (IAM) has revealed. The survey also established that around one-third of drivers support the idea, while 20% cannot decide.

Other findings include strong support for lower speed limits outside schools: 94% of the drivers surveyed approved of the idea. When it came to areas with a high concentration of pedestrians, for example parks, 34% supported the introduction of a 20mph limit. Hospital and shopping areas came next with 21% approval. A mere 8% of drivers said they were in favour of the limit near cycle lanes.

According to more than 75% of motorists, 20mph speed limits will lead to greater safety for pedestrians but just 20% believe it will be good for cyclists. As for noise and pollution, they do not feature among the significant benefits.

It turns out that drivers are not as strongly opposed to the limit as has been suggested, IAM head Simon Best commented. Participants in the poll have no problem observing the 20mph limit and it is widely supported for areas outside schools. Nevertheless, most British motorists are against the replacement of 30mph areas with 20mph zones in towns, Best added.