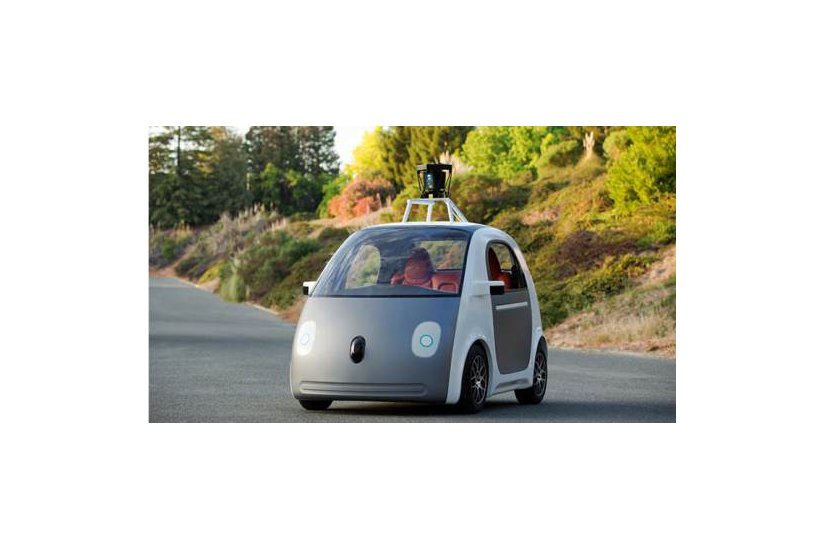 Can you imagine using a vehicle that doesn’t include brake pedals, an accelerator and a steering wheel?

It may seem fictitious, but Google have recently demonstrated the first ever self-driving prototype without manual transmissions or a steering wheel. It operates through the use of a start button and emergency stop button as well as a combination of laser and radar sensors along with camera data to drive autonomously. The vehicle reaches a maximum speed of 25 mph, and it is also designed to seat two people with a small, compact storage area located in the rear. Furthermore, it is a hybrid electric vehicle (HEV) containing a conventional internal combustion engine (ICE), which means that it is less harmful for the environment than a standard vehicle. For safety purposes, foam-like material and a flexible widescreen is situated at the front of the car to prevent or reduce serious injuries and perilous impacts of vehicle-to-vehicle collisions on the road, which is often caused by competitive driving or unsuitable weather conditions for driving. According to the BBC, in the year to June 2013, more than 23,500 people were killed or seriously injured in road traffic accidents in the UK alone. Advocates believe that autonomous cars have the potential to revolutionise transport by making roads safer, eliminating crashes, and decreasing congestion and pollution.

Inspiration for the design emerged from the 2005 DARPA Grand Challenge for autonomous cars in the U.S, and 15 automotive engineers who were involved proceeded to develop Google’s self-driving prototype. However, since the vehicle was announced a few months ago, there has been a wealth of opposing views about its appearance. Sven Beiker, Executive Director of the Centre for Automotive Research at Stanford cautions that self-driving cars may still require human input in extreme circumstances and people may forget how to operate their vehicles if they do not do it regularly. Although Beiker is not suggesting that autonomous cars are necessarily a bad idea, there is speculation over the level of trust and confidence in the self-driving car’s abilities and safety from a user’s point of view. An anonymous blogger posted their view on The Guardian’s online news portal, which also refers to the user’s perspective: “You're also going to have a significant problem prying the steering wheels out of the hands of drivers. As good as computerized systems can be at navigating roads and quickly handling dangerous situations, the public is unlikely to have confidence in those systems. Such confidence is always under attack and comes to mind with every mention of failures like the Toyota unintended accelerations from several years ago.”

On the other hand, some people believe that the prototype will encourage alcoholism in a vehicle, and even if someone isn’t driving, their attitudes towards drink driving may be deemed as the norm. Google expect to see these types of cars on the road within the year – what are your views?