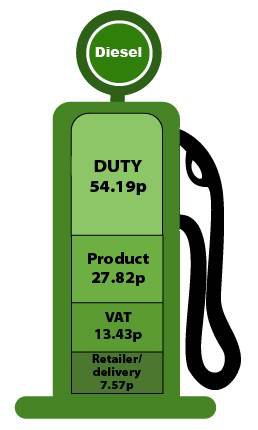 Enough Tax is Paid yet Roads are Becoming Worse then Ever.

The British government take over 37 billion pounds (GBP) from motorists every year and yet they do not allow the local councils to have a budget of a suitable amount to maintain the roads to an acceptable level. For example, the road maintenance budget in Devon has recently been reduced by just over 13% to £29. In addition, £1 million is around half the estimated cost of repairing the regions roads within the area.

The government could raise approximately £1 billion if they deducted 2 pence out of every 57.95 pence in fuel duty per litre of fuel, which generates queries about the poor conditions of many roads and causes drivers to ask questions regarding the government's use of their regular tax payments.

During the economic crisis, cuts had to be made in order to ensure the prosperity of the country, however, the rail services recently received a budget of £40 billion for the production of the high-speed rail lines that connect Manchester and Leeds to London. Roads are not receiving the same attention, treatment or financial support from the government as a proposed line that many people deem as a mistake. If the government continue to provide the rail services with exceedingly large budgets, roads surfaces could become severely worse and hazardous to drive on, which could result in a higher percentage of road accidents.