The new Audi RS6 Avant has been revealed ahead of its public debut at the 2019 Frankfurt Motor Show next month. Full specs and techs will be revealed before it goes on sale early next year.

It’s been 25 years since the launch of the first Audi performance estate car, the Audi RS2, which also had much more power than the standard A2 estate, four-wheel-drive and more aggressive looks.

When it launches, the new, fourth-generation RS6 Avant will wrestle in exalted company that includes the Porsche Panamera Sport Turismo Turbo S E-Hybrid and the Mercedes-AMG E63 S estate. 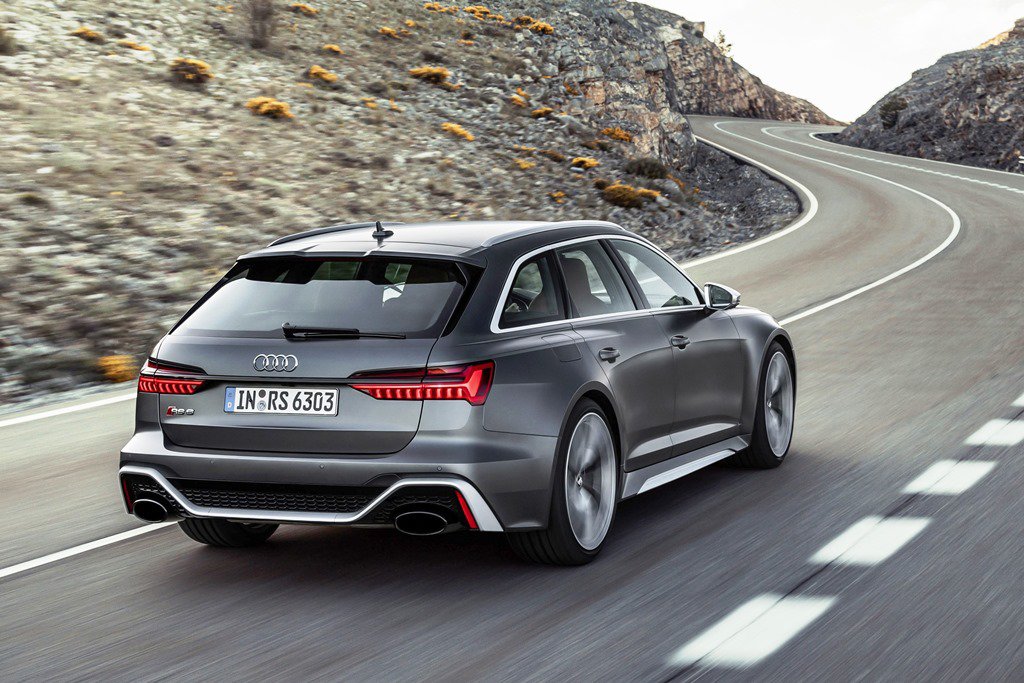 This new car is the first Audi RS6 Avant to deploy a different engine to the Audi S6, as both have shared the same engines in previous generations. While the S6 comes with a new 342hp 3.0-litre mild-hybrid diesel engine, the RS6 opts for a potent petrol engine, namely a 592hp 4.0-litre twin-turbocharged V8.

Paired with a standard-fit eight-speed automatic gearbox and quattro all-wheel-drive, the engine gets the car from 0-62mph in just 3.6 seconds. The V8 engine is also used in other VW Group products such as the Bentley Bentayga and Lamborghini Urus. A 48V mild-hybrid system is included to help the RS6 with economy. The engine switches off when you coast between 34-99mph, and there’s cylinder deactivation technology that means the RS6 can run on four of its eight cylinders when cruising or applying light throttle. Still, the RS6 is unlikely to be a frugal car; Audi hasn’t released economy figures yet, but don’t expect more than 25-30mpg.

There are a number of driving modes, plus two RS-specific ones. ‘RS1’ determines many different aspects of the driving experience and adds new graphics to the Virtual Cockpit digital instrument cluster, while ‘RS2’ turns off the traction control. Air suspension is fitted as standard, allowing you to choose the ride height of the car. Above 74mph, it automatically drops by 10mm.

Optional extras include a head-up windscreen display, sports exhaust and an RS Sport Suspension pack. Matrix LED headlights and 13 different colours can be chosen too. Two of the paint colours are unique to the RS6 and five are matte-effect. The last Audi RS6 Avant (C7, 2013-18) looked aggressive but Audi is making its fast estate look even racier than before. It is 40mm wider on each side than the standard Audi A6 thanks to flared wheel arches, which snugly accommodate 21-inch alloy wheels.

The bonnet has a bulge hinting at the engine beneath and the headlights are shared with the Audi A7 instead of the A6. The transformation is so thorough that only the tailgate, roof and front doors are shared with the regular A6 models. The exterior trim is painted black and there are Audi Sport-branded puddle lights.

Inside, the main change is a pair of supportive sports seats, trimmed in leather and Alcantara suede-like fabric. There are also new aluminium gearshift paddles, and the infotainment system can display the temperature of various components, as well as the G-forces you’re experiencing in corners. 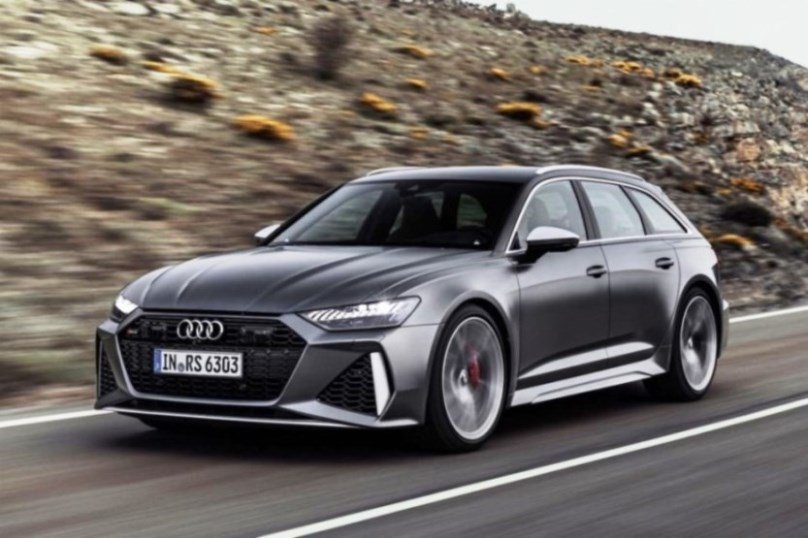