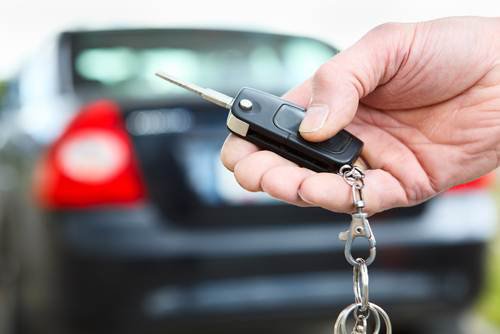 Car thieves are becoming more cunning and are increasingly targeting owners' keys in order to steal luxury vehicles. Current figures show that criminals in the UK use this method to steal nearly three out of four luxury vehicles, according to figures by Cobra UK.

The stolen vehicle tracking expert found that 70% of the vehicles stolen last year, all of which were equipped with tracking technology, were stolen using their original car keys. Cobra UK urges car owners to be extremely careful at all times and to keep their keys out of sight to prevent vehicle theft.

Luxury vehicles are fitted with the latest security technology, which is extremely effective. For this reason, the only way to steal such vehicles is to use the car keys, said Andrew Smith, Cobra UK's managing director. Unfortunately, this often means that thieves need to stage house break-ins to steal keys. Some are extremely inventive - they can push a wire or hook through the letterbox of a door to fish out keys from the hall table, where many people tend to leave them. Another method used to steal keys by thieves is to simply take them from the owner's coat or bag when left in bars, restaurants or even offices.

Car owners must try to protect their assets, starting with car keys, Smith recommends. The tough economic climate has forced thieves to steal more luxury vehicles, which are often shipped outside the United Kingdom within a few days, he said.

Cobra's technology was recently used by Interpol to track a high-value vehicle stolen in Berlin and later found in Poland.