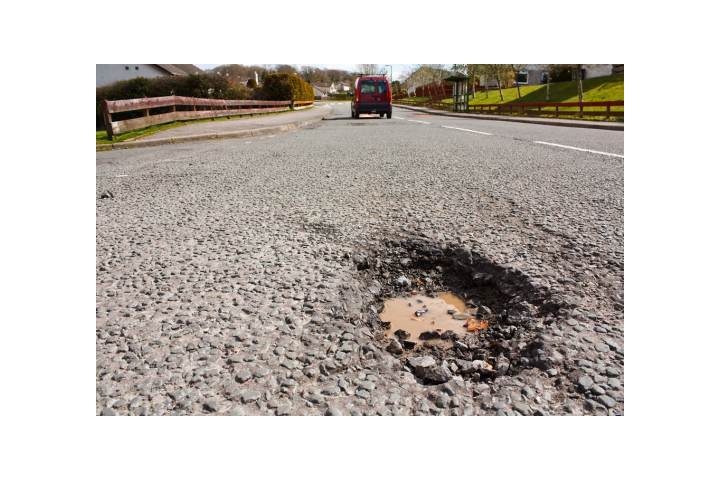 Sixty five percent of British drivers evaluate the condition of their local roads as 'dangerous' or 'poor', with the adverse weather and the spending cuts cited as top reasons for the issues, according to a poll conducted by independent research firm Viewsbank.

According to the estimates of drivers who took part in the study, the roads they live on have an average of four potholes.

The survey comes after Chancellor George Osborne announced an additional £200 million in funding for pothole repairs, however 78% of drivers say it seems to them that potholes remain unfixed for months. Only one in five respondents say they have seen potholes fixed within a month and just 4% said that potholes were repaired in a week.

The survey also found that almost half of British motorists (49%) have sustained damage to their vehicle due to potholes, paying £165 on average for repairs. However, the majority of drivers are not claiming for the damages, with only 19% submitting a claim to the city council and 8% saying they sought compensation from their insurer.

Road conditions in the South East of England seem to cause the greatest level of concern, as 20% of local drivers described them as dangerous and 51% said that their local roads are in poor condition. The most content drivers are in London, despite the fact that just 14% say the roads are in good condition.

It is surprising how many drivers are unhappy with the state of the roads and it is troubling that 6% of people have been involved in a car accident because of potholes, says David Black from Viewsbank.