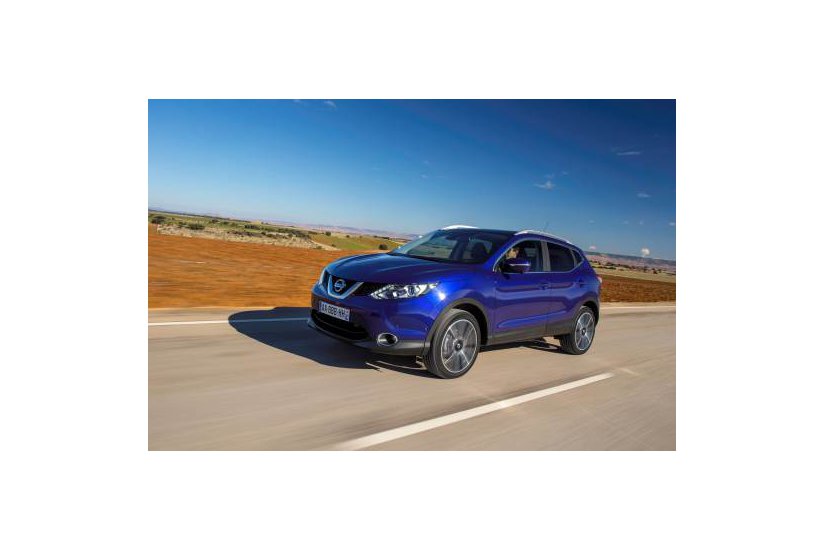 2014 Nissan Qashqai: What Do The Reviews Say?

As a result, it quickly became one of the UK's best-selling cars. Seven years later, Nissan have sold over two million Qashqais. Inevitably, similar models soon started cropping up, so this year's newest version has had to crank it up another notch. But how exactly has it changed? There are so many reviews out there of the new Qashqai, so we thought we'd kindly do the leg-work for you and make our very own review of the reviews.

Their January review praised Nissan for managing to improve the newest version "in almost every respect". As well as being practical, Whatcar believe it's one of the quietest and classiest if its kind. The new model has heaps of leg room, and the boot is one of the largest in the small SUV class, they say.

They believe the new version has a transformed appearance – taking it from "Mr Blobby to Mr Bond". Which like the way the more steeply raked roof and narrower rear windows make it slightly Range Rover Evoque-looking in profile. They rate the new chassis control system, which combines stability control with two other brake-force systems; this improves grip and reduces body roll. Which are also impressed with its 'green' status: emissions are 99g/km, meaning it has qualified for free road tax. Despite this, it can still accelerate past 62mph in just 12.4 seconds.

The overall consensus with the Top Gear crew seemed to be something of a resounding success: they've said that there's more room inside, the equipment is better, the finish is improved, it's quieter and it's more efficient. They seem to be decidedly impressed with the little details, too, such as the deeper cup-holder and the USB channel on the central storage box. Top Gear claimed that, when compared to its rivals such as the Kia Sportage and Hyundai iX35, the all-new Qashqai is leading the charge here.

Car Magazine loves the comfort of the front seats, which Nissan claim were inspired by NASA. They have picked up on the rest of the interior, too, with one of the highlights being the electronic handbrake that frees up handy extra storage space. They praised the "more mature than before" Qashqai, saying that the improvements in quality, refinement and CO2 emissions will only make it gain further popularity in Britain.

Autocar love the Qashqai and also like the fact it was born and bred here in the UK. As a result, its suspension is perfectly suited to European roads. They are fans of Nissan's adoption of a "contemporary appearance", whilst noting that they have still erred on the side of ergonomics and ease of use. They also comment on the notable quietness of this vehicle, saying "it isn't just that the engine is well-isolated... the Qashqai's cabin is equally well protected from wind and road noise". According to them, changing gears is effortless due to the perfectly-positioned gear lever, with its slick and assured action.

Again picking up on the maturity of the new model, Driving.co.uk has noted that the 2014 Qashqai feels a lot more "grown up" than the first. It is more comfortable, more refined and is impressively smooth on the motorway. They claim it deals very well with bumps and lumps in the road thanks to the dampers that feature a pair of pistons. They are also impressed with the new model's ability to park – perfect for parallel parking, in particular. "When we tried it", driving.co.uk say, "the Qashqai was parked perfectly parallel to the bay's lines".

Why not lease a Nissan Qashqai from us?