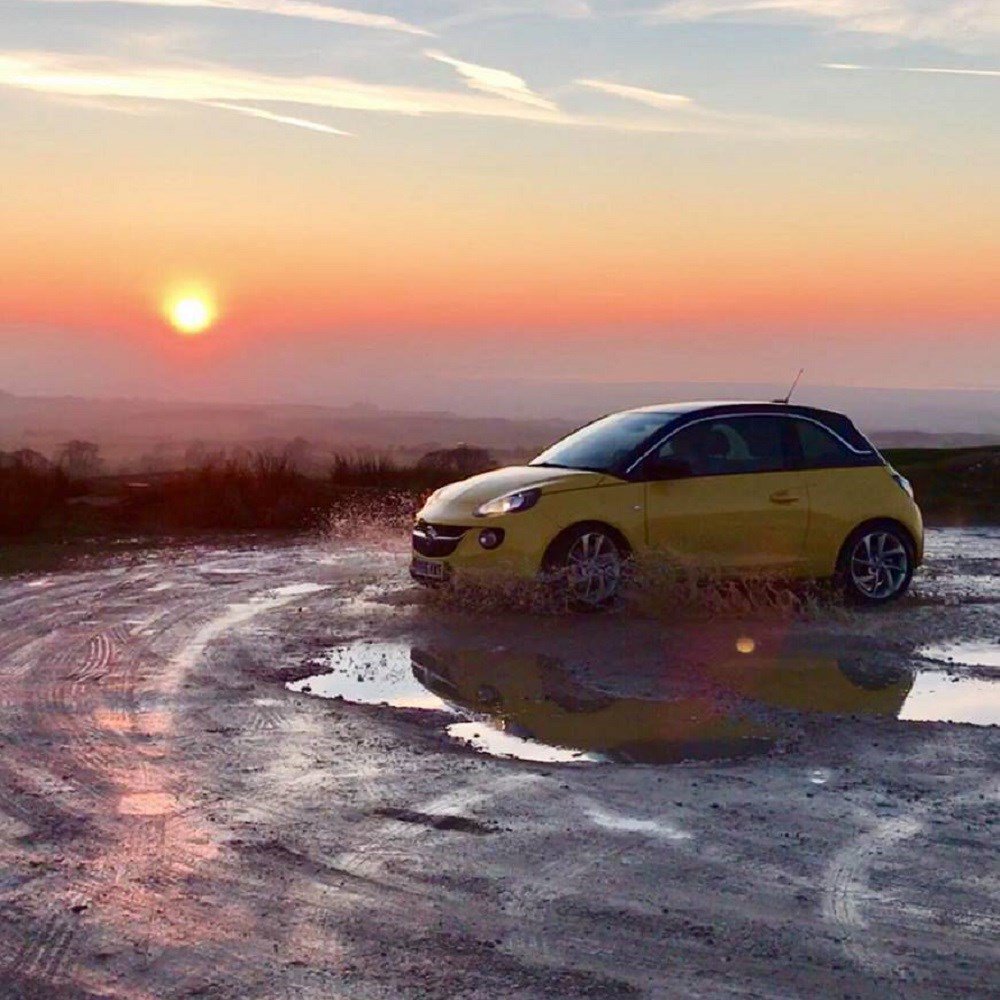 Designed to rival cars like the Mini, Fiat 500 and Citroen DS3, Vauxhall's Adam is pretty late on the scene. Having said that, the stylish design and competitive pricing make it a fierce contender in the city car market, we took one through its paces with a week of commuting and a road trip or two.

The Vauxhall Adam is as fun to drive as its looks are stylish. Whether in town or on a country lane, it doesn’t disappoint. Nippy acceleration, bullet like handling and those minute dimensions mean the Adam can fit into spaces people in luxurious 4x4s leave to open their boot! This might be a city car, but I reckon its on rural roads where the Adam really shines. With its go-kart style driving position you feel like a formula one driver - until you look down at the speedo and it says 40mph. Instead of smashing the accelerator you find yourself focussing on avoiding braking, maintaining the cornering speed and getting in the correct gear. When navigating through tight bends, those body hugging seats offer an extra level of comfort and refinement not usually present in cars at this price point. If you want to take full advantage of the connectivity available with this vehicle the tech pack is a must. In addition to the vast array of standard kit, the tech pack includes rear parking sensors, tyre pressure monitoring and the intelilink infotainment system which will link up to your smartphone providing the car with a sat-nav, as well as access to your music collection! The small but powerful 1.4-litre petrol engine enjoys being revved and impresses at modest speeds. My commute to work is a 78 mile round trip of which 60 miles of this is motorway. As you can imagine, I was hesitant to say the least, however the car performed perfectly well all the way to 70mph - which you wouldn't need to exceed as a law abiding citizen (which of course we all are!).

The fuel tank is small so even when prices are high you will struggle to spend more than £35 filling the tank. On a rough scale, I got 330 miles out of a full tank, which, for the size of car I thought was very respectable. The only time this range decreased by a sizable amount was when I let loose on those country lanes! We tested the practicality of the car by asking a few colleagues to take it for a quick test drive. I am 6ft 1in tall and at the other end of the spectrum, we had a colleague who is 5ft 3in. By using the many seat and steering wheel adjustments, everyone said they were comfortable when driving the car and had plenty of room around them. In the front of the cabin, the Adam feels spacious, luxurious and fun all at the same time. The main touchpoints of the car (steering wheel and gear stick) are all of good quality stacked up against the car's main rivals. Compared to the front of the cabin, rear cabin space is somewhat lacking. If needs must you could fit a couple of adults into the back, but it probably wouldn’t be suitable for long journeys. The boot is slightly smaller than some city cars, but in fairness whilst the opening is quite small, once you’re past that the depth isn't so bad - you could probably just about squeeze a weekly shop in there. Personally, I think Vauxhall has nailed it in terms of exterior design - the angular front and rear lights, sweeping lines near the door handle and newly designed alloy wheels - all this combined with a two tone paint job really make this one of the most individual and funky cars available right now. You can tell Vauxhall has thought about every aspect the appearance. Even on the boot there is no big ugly button, instead this is incorporated into the Vauxhall badge, something you would expect from a premium large car, not a city car. One of the minor drawbacks of the 'tiny look' is that it comes at expense of rear space, but then this is a city car not a family car, so what do you expect? Vauxhall have pitched this entrant to the small car market with personalisation and quality at the forefront of their design and you can certainly tell. Its playful appearance is matched by the driving style, providing hot hatch thrills at low speeds and a low price. Essentially for me the Adam has taken things back to basics, thought about what customers want from a small car and then ticked all the boxes.

Numbers are kind of irrelevant with this car when you have so many other benefits to enjoy but here are the figures from our review:

Take a look at our latest Vauxhall Adam deals